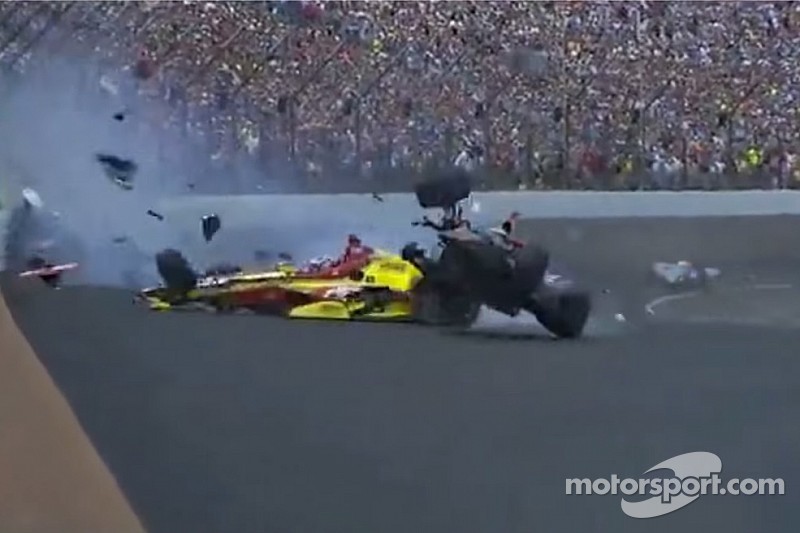 INDIANAPOLIS - With 25 laps to go in the 99th running of the Indianapolis 500, Jack Hawksworth made light contact with the right rear of Sebastian Saavedra’s car coming through the fourth corner.

The duo spun and backed their cars into the wall. As Saavedra came back down across the track, rookie Stefano Coletti made hard contact with the front of the car, sending the front of his car into the air momentarily.

Saavedra then hit the inside retaining wall before coming to a stop near the pit entrance. He was visibly in pain as the Holmatro Safety Team helped him from the car. Both Coletti and Hawksworth have been checked, cleared and released from the infield medical center.

Saavedra suffered a contusion in his right foot during that late-race crash & will need clearance before being able to race again.

Andretti denied at Indy once again: "I don't show up to finish sixth"