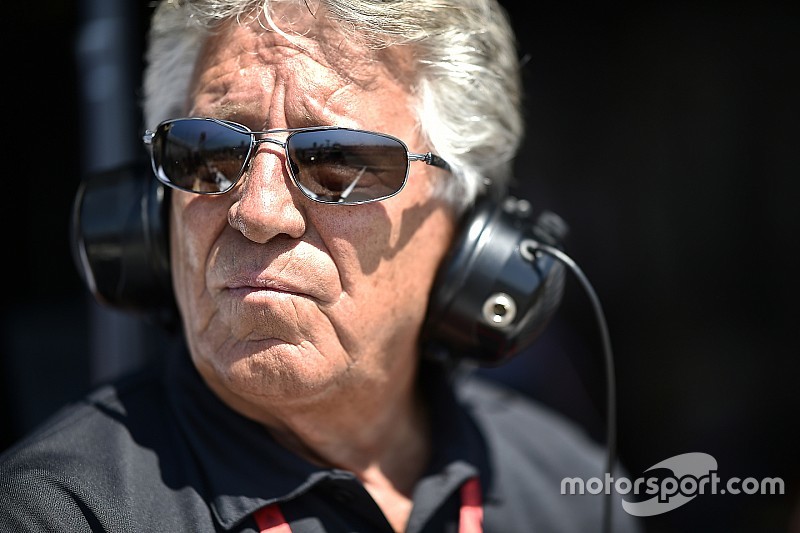 Last week, it was announced that two-time F1 World Champion Alonso would skip the Monaco Grand Prix this year in order to drive an Andretti Autosport-Honda in the 101st running of the Indianapolis 500.

However, a recent opinion column by Jenna Fryer in the Associated Press, titled “SO WHAT THAT ALONSO IS RACING THE INDY 500?”, suggested that the presence of Tony Stewart, Danica Patrick, Ricky Taylor or Jordan Taylor would have been more beneficial than Alonso to the Verizon IndyCar Series.

Mario Andretti, who explained to Motorsport.com last week why he expects Alonso will excel as a rookie at Indianapolis Motor Speedway believes Fryer’s opinion showed “a basic misunderstanding of the motives of everyone involved in this project.”

He told Motorsport.com: “I really resent the fact that the story is giving the impression that this is just a publicity stunt. Don’t get me wrong, it is great publicity for IndyCar, but that is just a by-product of a totally legitimate and valid attempt by a great champion, Fernando Alonso, to try and win the second part of the Triple Crown.”

Andretti said that his son and team owner Michael Andretti and McLaren CEO Zak Brown, “would never have agreed to this project without 100 percent confidence that Alonso will be a strong contender” at Indy in May.

He said: “Quite honestly, I think she [Fryer] owes Alonso an apology, because the initial motivation for this whole thing came from him; he wants to do it, and would never do it just to help any series gain publicity or to gain publicity for himself. He doesn’t need it.

“He’s doing this as a pure racer and follows a great tradition of some of the best F1 drivers trying to win Indy – some succeeded, some didn’t – and I find it reassuring that Indy still carries that aura, a feather in the cap, as it were.”

Andretti said that circumstances had provided a rare opportunity for a current F1 driver to compete at Indy.

“Fernando may not have this opportunity again while he’s at the top of his game,” he said. “He’s not retired from F1, he’s not some kinda has-been or reject who can’t find an F1 ride. This has arisen at the right time because he’s still one of the very best.

“I mean, that story said he hadn’t won for three years. Well, come on! Everyone knows that’s how Formula 1 works – you can’t win if you don’t have one of the very best cars, and right now he doesn’t. But I bet you every single one of his peers in F1 would say Alonso is one of the best if not the best in F1 right now.

“And now here he is with an opportunity in arguably the best team for Indy because of its policy of openness and data-sharing, and a team that’s won two of the last three Indy 500s.

“So given his F1 situation, where this season is looking like it’s lost already, he and the team are saying, ‘Let’s get something out of our partnership and continue our work together.’ That’s how serious Alonso’s shot at Indy is – it has the backing of not only Honda, of course, but McLaren. Shame on anyone who questions the objective, the motivation behind this deal.”

Andretti said that he’s confident Alonso’s actions over the next five weeks would prove that criticisms of his motives are without foundation.

He stated: “He’s so enthusiastic about this chance that he’s going to be at Barber this weekend just to integrate with the team, learn what IndyCar is all about, and so on. His determination is to – just like we said – maximize this opportunity. He’s not just arrive-and-drive. If this was just a publicity stunt, it would not be handled so professionally.

“But to denigrate what Alonso is trying to achieve is inappropriate and ignores the facts. He’s not going to be there to 'sell some tickets for Indianapolis Motor Speedway,' as that story says.

“It’s an unjust and, quite honestly, very parochial view to say, ‘Who is he? What’s he done on an oval?’ He’s got better credentials for racing at Indy than any rookie for the past couple of decades!

“Give this great champion some credit rather than question his objective or his judgment.”

Honda robot ASIMO to be grand marshal at Barber