Formula 1 world champion, Indy 500 and Daytona 500 winner, four-time Indy car champion Mario Andretti has been the star driver of the IndyCar Experience two-seater program for over 15 years. In this time, all manner of celebrities and dignitaries got the chance to lap a racetrack, chauffeured by this legendary racing icon, just before the start of each IndyCar race.

During the recent Firestone Grand Prix of St Petersburg, I got the chance to ride with the racing icon – and then caught up with him on raceday morning for some great stories – including the time he hung up the phone in disgust on country pop star Keith Urban, but it led to a date with Lady Gaga!

I jumped into the ‘fastest seat in sports’ thanks to Andretti Autosport and the new sponsor for the program, Ruoff Mortgage. Climbing in behind that achingly cool red-on-silver helmet design, it truly dawned on me that it was for real, when I looked into the wing mirror and saw those Andretti eyes staring back. I asked the guy who was strapping me in to pinch me, but he just laughed. 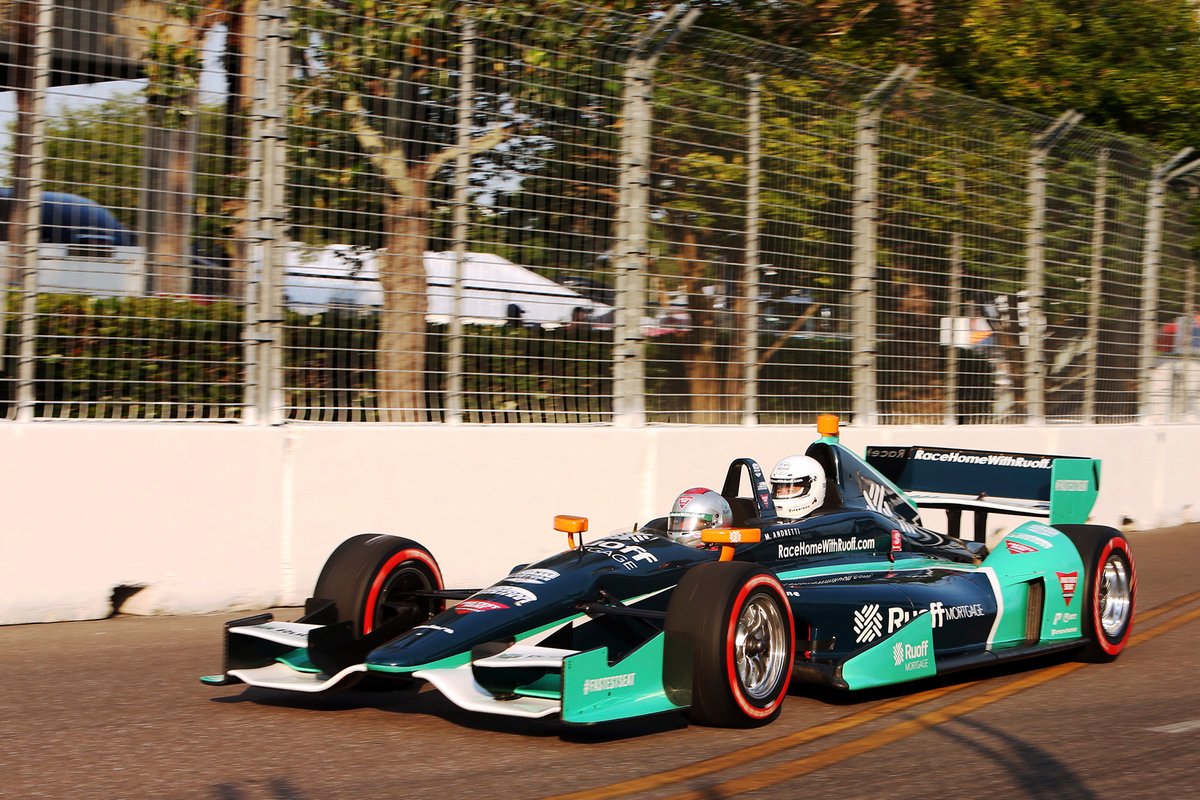 Starter engaged, Mario hits the ignition and lights up the rears. As you’d expect, the acceleration matches the furious noise that’s punching me in the back, and we hit the streets of St Pete for a whirlwind lap. Through the twisty section, where the corners arrive much quicker than you’d imagine, I can see over Mario’s shoulder at his elegantly smooth steering inputs despite the bumpiness of the track. The vision is really good with just a pyramid-style rollhoop in front of me.

Mario drives hard into the couple of fast, sweeping bends – the left-hander on Bayshore Drive and the right/left as we approach the Albert Whitted Airport, just breathing off the throttle to let the car settle before getting hard on the gas again.

The cruise down the runway is another highlight, the ‘helmet suck’ indicating that we’re somewhere north of 150mph before Mario stands on the impressive brakes, and our 1.8-mile joyride is over all too soon.

Afterwards he says: “For me, it’s just a lot of fun to drive. I’m fortunate that things are still good physically, I haven’t given anything up yet! I’m still slalom skiing and flying my ultralights.”

For my money, Mario is the fastest – and coolest – 81-year-old on the planet! 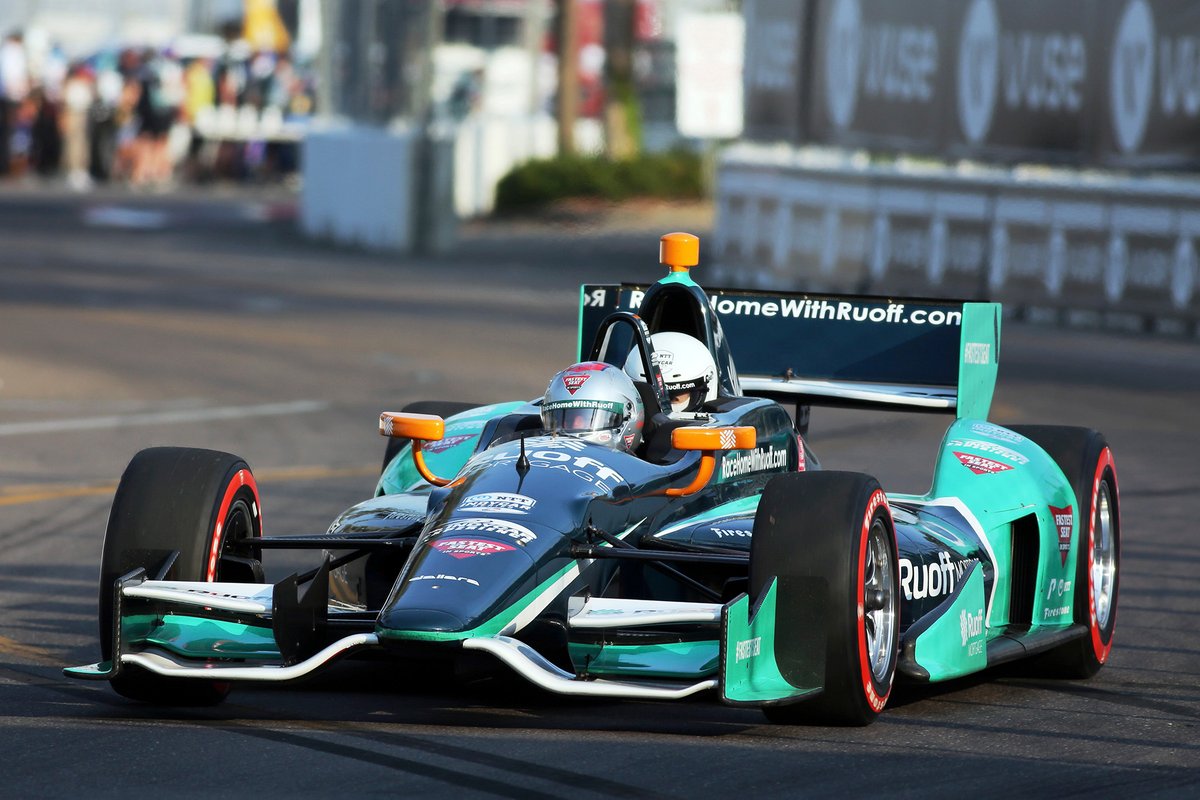 How it all started

Jeff Sinden and Joe Kennedy – who have worked in IndyCar for the likes of Hemelgarn Racing, Galles Racing and Team Cotter – had the idea for the two-seater, which began running in 2001. The IndyCar title sponsor of the time then asked Mario if he’d like to symbolically ‘start the Indy 500’ and he loved the idea. Since then, you always see Mario in the two-seater heading the pack before all the IndyCar race starts for real – and Honda backed his program for 15 years.

For 2021, Mario landed a new sponsor in Ruoff, which has allowed him to continue doing what he loves – and he estimates he’s driven hundreds of lucky people around the racetracks of America.

“I really love the team of guys,” he says. “They specially designed and built this car as a two-seater, so it’s really good for me. It makes me stay halfway in shape, and they let me set the car up.”

He might be 81, but Andretti remains the racing perfectionist that defines his immaculate career: “The other drivers just jump in and drive. It’s all in the book now for each track, they set it up perfectly just as I want it. I’m enjoying it, and it’s funny because everyone else wants to drive my car, because they know it’s the best!”

He also likes to hear the thoughts of his passengers after their experiences...

“It’s quite fun to see the different reactions," he adds. "I think it’s really good for the sport, I gives people a different perspective of what it’s all about. I quite often take out star players from basketball or football, and they obviously don’t rate drivers as ‘athletes’.

"I had the cornerback for the Indianapolis Colts just the other week at Barber [Kenny Moore] and he was blown away. ‘Oh my God,’ he says ‘And you have to do this 100 more times for every race?’ I think that’s really good.

"Our sport is such a non-participant one for most people, it’s not like being able to pick up a ball and play, and it’s so different when you do a racing school – this is the real thing." 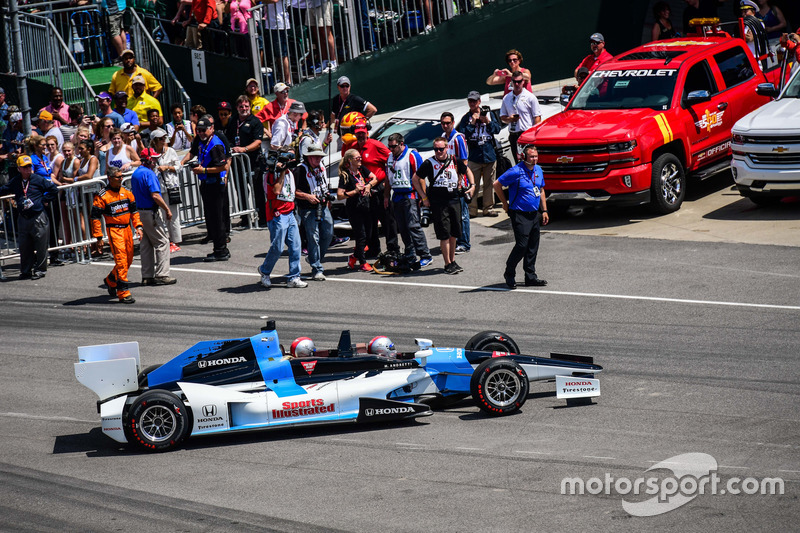 This is a great story! For the 100th Indy 500 in 2016, singer/songwriter Keith Urban was lined up to take his place in the back seat. With less than 48 hours to go, Mario gets a call from Urban – and reveals what happens next…

Fortunately, Lady Gaga was a guest of the Speedway on raceday, so Mario approached her instead: “She wasn’t sure to begin with, so she called her mother. Her mother says [shouting] ‘IF YOU DON’T DO IT, I’M GONNA DO IT!’ [he giggles]. It was so cute. She was amazing actually.” 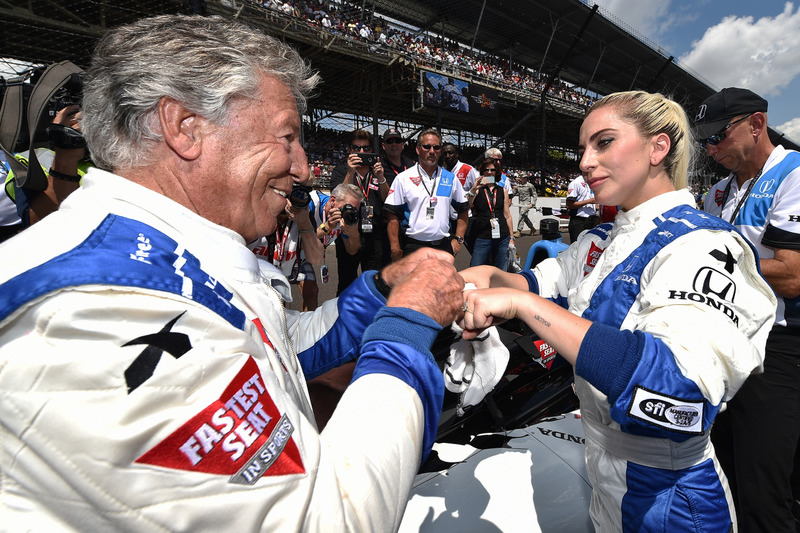 Mario gets out his cellphone and shows me the photos in his favorites – most of the pics seem to involve Lady Gaga either hugging or kissing him!

Apart from Urban, has there been any other reluctant passengers, I ask?

“Now Michael… [Mario pauses to chuckle about his son’s reaction] he did some driving with the two-seater car now and then. For Indy last year, since Marco was on pole, Roger Penske says ‘Michael, you have to ride with your dad’ – and Michael says ‘no way!’ [Mario now collapses with the giggles] ‘No way!’

“But he did it, and it was quite a special moment actually.” 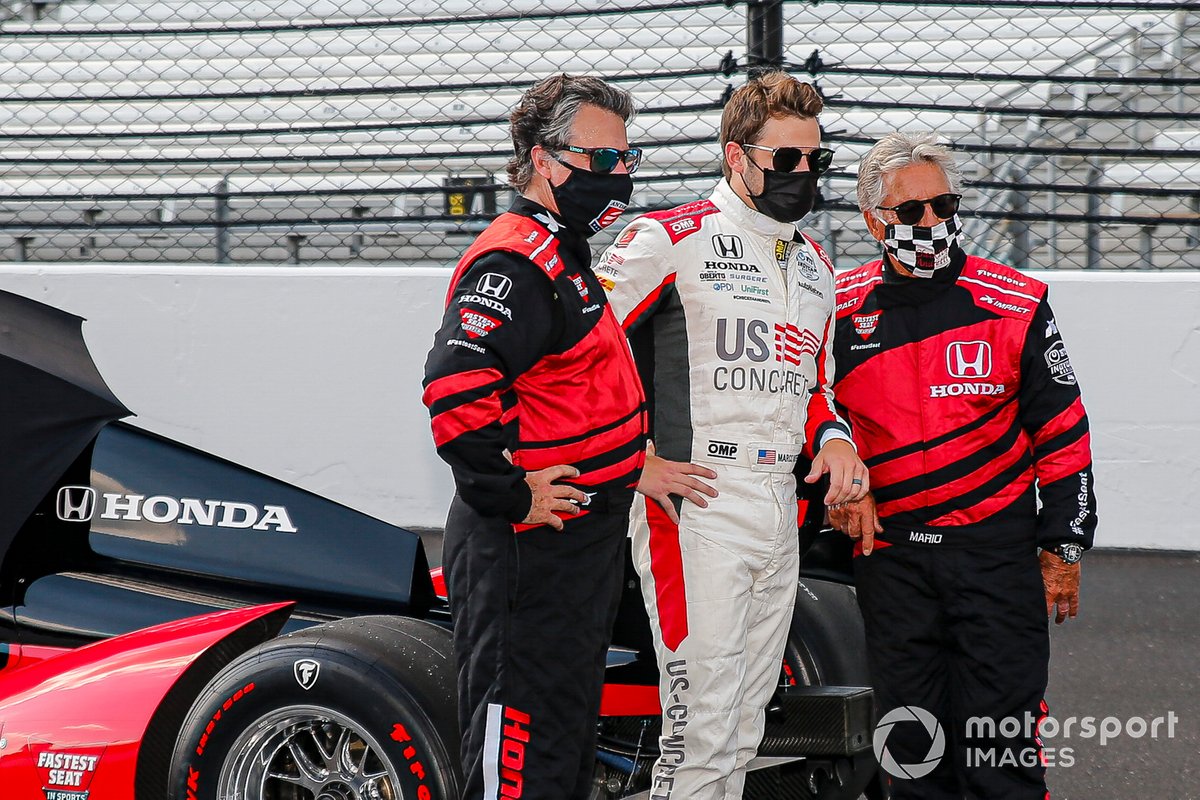 Dixon on 52nd win: “It’s amazing to be close to Mario"