Indy Lights graduate David Malukas has admitted his pace on his first IndyCar outing was surprising even to him.

During yesterday’s five-car driver evaluation test at Barber Motorsports Park, Malukas drove a Dale Coyne Racing-Honda to the top of the times by three tenths of a second ahead of Ryan Hunter-Reay who was testing for potential new employer Ed Carpenter Racing.

Malukas, who scored seven victories on his way to runner-up spot in the 2021 Indy Lights championship, is expected to be confirmed in the #18 DCR entry to race alongside Takuma Sato.

The 2.238-mile course near Birmingham, AL, is one where Malukas scored podium finishes in Formula Regional Americas and Indy Pro 2000, and won in Indy Lights. But he told Motorsport.com even he was surprised at how well his first test in an IndyCar had proceeded.

“I admit I wasn’t expecting it to be so good,” said the 20-year-old from Chicago, “but I’ll take it – it’s a great way to start and the car felt great.

“Physically, it was what I expected because I’d heard from a lot of people how tough an IndyCar is to drive and we did over 130 laps. So yeah, I was feeling it – by mid-afternoon my neck was gone, and as the adrenaline went down afterward I was starting to feel the aches. It’s a beast to control.

“The acceleration was very good but wasn’t mind-boggling, the lateral loads were tough but OK, but the braking… that really was mind-boggling. Going into Turn 5 [tight-entry left-hand hairpin] at Barber, hitting the brakes at what I felt was almost the moment to turn-in, I thought, ‘OK, there’s no way I’m getting through this,’ and yet the car just stops on the dot. That took me by storm.

“The amount of speed you can carry in high-speed corners is also incredible.”

Malukas said that his method of testing as a newbie was to creep up to the limit, rather than go over it and hope to save some huge moments.

“It was my first time, I didn’t know where the limit was, so I was just building up speed everywhere,” he said. “There was an early lap at Turn 12 where I thought I’d gone in way too deep, and it just held, and so next lap I pushed a little bit harder and it still held on, and so eventually I went through flat.

“So that’s the way I was approaching every corner, just pushing and pushing. It was really exciting. But yeah, by the end of my second run, my minimum speeds through the corners were pretty on par with the team’s data.”

Malukas said that the Indy Lights car that he raced for HMD Motorsports in 2021 and BN Racing in 2019 [2020 saw the Lights series on hiatus], was good preparation for an IndyCar, although he said different techniques were required.

“I think the Lights car does get you prepared, yes,” he said. “There are some similar characteristics. But actually, how to get the best from a Lights car is a hard driving style to learn and that’s what gets you prepared for something different again in IndyCar.”

The Indy Lights cars this year adopted an F1-style halo above the cockpit opening, so Malukas said he had no problem visually in switching up to halo-style frame plus aeroscreen on the IndyCar.

“That was fine, I didn’t even notice the screen by the time I got to end of pitlane for my first run,” he remarked. “But when the air-hose came detached from my helmet, that’s when I noticed the heat, the lack of airflow to the cockpit, and so the next five laps until I pitted again felt like the longest.”

Malukas said that he went through the entire list that Dale Coyne Racing had prepared for him.

“Apparently that went pretty well too – the team said I was hitting their fuel-save targets. I was very pleased about that because it meant my hours of playing F1 video games hadn’t been wasted! Obviously it wasn’t something I’d ever had to do in reality before.”

Coyne was left excited by Malukas’ pace, while acknowledging that his driver would need to work on building up his muscles.

He told Motorsport.com: “When I first met David a couple of months ago I grabbed him by the shoulders and said, ‘This is not going to work. You need to go to the gym for hours a day. These cars are physical.’ And after his first couple of runs he came in and said, ‘Man, you were right!’

“But speed-wise, no problem. I mean, better than we had even hoped. He was very, very good – and he was thinking about the car as well. Learning what changes did what, making it better for him. And then he set his fastest time on his first laps on final set of tires. Then he came in and we said, ‘OK, we’re going to kill you now,’ and filled up the tank and he did a full final stint. We worked him over pretty good!

“But he did great. Very, very pleased.”

Right now Coyne is still in discussions with the #18 car’s co-entrants Jimmy Vasser and James ‘Sulli’ Sullivan regarding their plans for 2022 and whether their SealMaster sponsorship is going to continue. He’s hoping Malukas’ performance will persuade them to remain onboard – and also hopes it will be encouraging to Sato, too.

He said: “Ross Bunnell, who was engineering the #18 all year, was running the car for Malukas too, and we’ve always said we believe in him. He learned well from Olivier [Boisson, who transferred with Romain Grosjean to Andretti Autosport], Eric [Cowdin, now at Ganassi] and Michael Cannon [now at Ganassi]. Well now Takuma can see we can go and be fast without Olivier there.”

Malukas will join fellow 2021 Indy Lights drivers Kyle Kirkwood (champion), Linus Lundqvist and Sting Ray Robb (2020 Indy Pro 2000 champion), and 2021 IP2000 champion Christian Rasmussen in testing an IndyCar at the IMS road course on Friday. The test will be built into the traditional Chris Griffis Memorial Test for the various Road To Indy series, and this quintet will use the so-called ‘inner-loop’ at Turn 5 so that the teams and drivers participating aren’t seen to be acquiring extra knowledge at a time when IndyCar testing is at such a premium.

To keep things fair between the engine manufacturers, both Honda and Chevrolet will be represented, so Malukas will be testing a Team Penske-Chevrolet while Lights title rival Kirkwood will be running an Andretti Autosport-Honda for the third time. 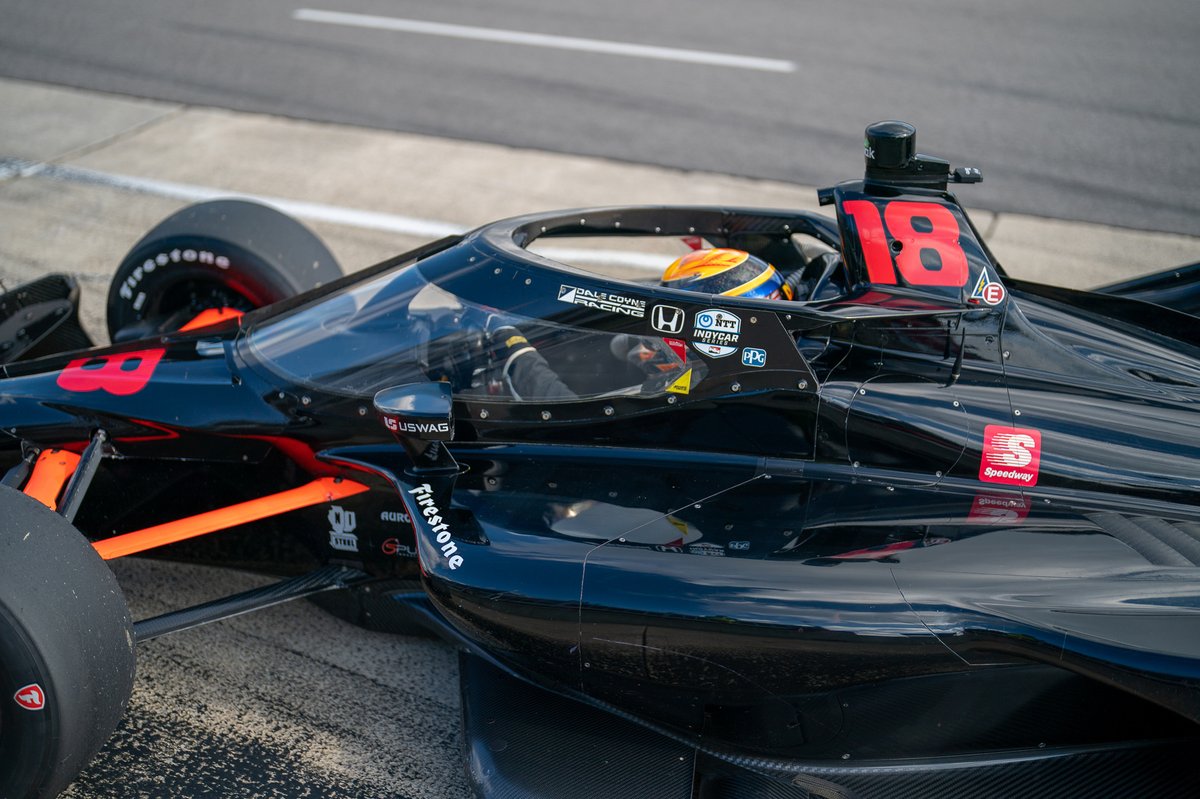