Magnussen: Chance to race at Indy 500 'a dream'

Ex-Formula 1 driver Kevin Magnussen has revealed a desire to one day compete in the Indianapolis 500 having already made a one-off appearance in IndyCar this season.

The Dane, a veteran of 119 grands prix, will make his Le Mans 24 Hours debut this weekend when he races in LMP2 alongside his dad, Jan, in an ORECA-Gibson 07 from Danish entrant High Class Racing.

The 28-year-old has also already committed to a World Endurance Championship campaign next year with Peugeot.

With the French endurance classic due to be ticked off his bucket list, Magnussen has admitted he wants to try other events including the fabled Indy 500.

Magnussen told Motorsport.com: "I always knew there were lots of races I wanted to do when I finished F1, things I wanted to try. Le Mans is one, the Indy 500 is one and the Daytona 24 Hours is one.

"The Indy 500 is something I would really like to try one day. I don't know if I will get the chance but it is a dream I've had for a number of years."

Magnussen revealed that talks with Chip Ganassi Racing that led to the drive in the #01 Cadillac DPi-V.R for this season's IMSA WeatherTech SportsCar Championship  began with a discussion about open-wheel. 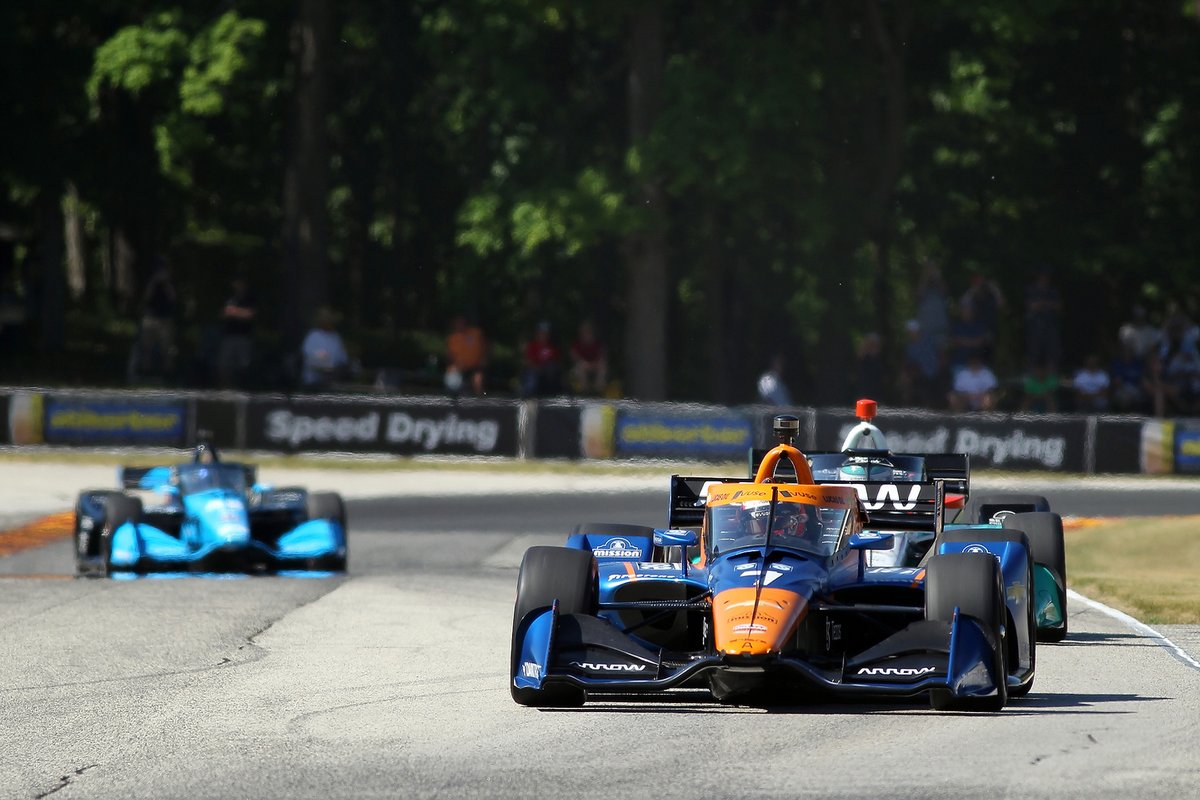 "In the beginning we were trying to make an IndyCar deal happen," he explained. "I've been in contact with Ganassi for many years. The first time I talked to them was 2015 when I lost my McLaren seat to Fernando [Alonso].

"IndyCar didn't happen for this year, but when the Cadillac deal for DPi came up at the last minute, they asked me if I wanted to do that."

The deal with Peugeot for 2022, when new hypercar regulations come into effect, was already in place by the time he signed to drive the Ganassi Cadillac.

Magnussen also added that his one-off in an IndyCar for the Arrow McLaren SP-Chevrolet team at Road America in June, subbing for the injured Felix Rosenqvist, whet his appetite for the series, having briefly led on an alternate strategy before retiring with an engine problem.

"To get thrown in without any testing was a great way to make my debut, it made it very exciting," he said.

"Those cars are old school, with no power steering, loads of turbo lag, small tires and not a lot of downforce, so the cars really excited me.

"It was a fun experience and I hope to be able to go back one day."

Iowa returns to IndyCar schedule in 2022 with double-header