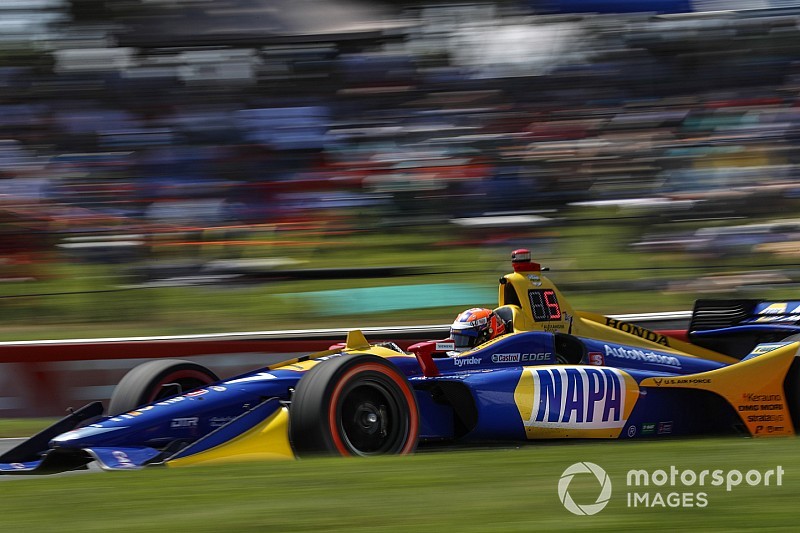 Championship contender Alexander Rossi says next week’s qualifying session for the NTT IndyCar Series finale may determine the outcome of the 2019 title battle, given the expected difficulties in passing at WeatherTech Raceway Laguna Seca.

The 2.238-mile track in Monterey, CA., which will feature topline U.S. open-wheel racing for the first time since 2004, is not renowned for its passing zones, although it is easy for drivers to make mistakes given the amount of sand and dust that can blow onto the track – or get dragged on by wayward rivals – to vary the grip levels.

Although IndyCar’s current Dallara universal aerokit has been praised for improving the racing at most road and street courses, still the expectation is that Laguna Seca will be one of the toughest tracks on which to pull off a successful pass.

In a media conference today, Rossi said: “I've been saying for a while this championship very well could be decided in qualifying at Laguna. It's no secret that we're expecting it to be a challenging race to pass just because of its history. It's 100 percent going to be a critical qualifying session that you're going to have to be inch perfect and nail it through all three rounds.

“The guy that's on pole, if he's one of the guys who’s in the championship fight, it's going to make their job to win the thing a whole lot easier.”

Rossi, who attended several CART Indy car/ Champ Car races at Laguna Seca as a boy, says he’s excited by the fact that teams have so little up-to-date data on the venue.

“Obviously we're going into next weekend with a lot of unknowns in the fact that most drivers haven't raced [IndyCars] at Laguna Seca before,” said the Andretti Autosport-Honda driver. “It's been a long time since Indy cars were racing there.

“The test that we had in February was fairly inconclusive just due to weather and the time of year that we were there. [So] it's a blank slate for everyone. I think that's exciting. It will definitely reward the team and the drivers that come to grips with everything the quickest. It will probably reward them with a championship…

“It's a very low-grip surface. It's one of those tracks where you're going to see the cars sliding around a lot, guys working the wheel. There's dirt runoffs, drop wheels, throw dust on the track, that sort of thing. From that standpoint it's pretty tricky.”

Disappointed by size of points deficit

Rossi enters this year’s finale 41 points behind Team Penske-Chevrolet’s Josef Newgarden, and one point ahead of Newgarden’s teammate Simon Pagenaud. Given that the Laguna Seca race, like the Indy 500, is worth double points, even were Rossi to score the maximum points possible – 100 for the win, 1 for pole position, 1 for leading a lap, 2 for leading the most laps – a fourth place for Newgarden would see the #2 Penske driver clinch his second title by one point.

That being the case, Rossi admits he’s disappointed to be heading into the final round with a larger deficit than the one he had to Chip Ganassi Racing’s Scott Dixon (29) at the same point last year. He has scored two dominant victories this year, at Long Beach and Road America, but 2017 champion Newgarden has won four.

“I just think the #2 car has had a slightly better season for one reason or another,” said Rossi. “I think we've made a lot of improvements on some areas where we struggled last year as a team. When we came up with the plan of how we were going to attack 2019, I think we've done a fairly good job. Some things have been out of our control. But such is life in the sport.

“We have some semblance of an opportunity, I guess, in Laguna. We're definitely going to need to have things come our way a little bit.

All year we've been like, ‘We want to come in [to the finale] closer than we were to Scott…’ [But] we're farther back.It is disappointing. I think we had some bad luck in the second half of the season that cost us pretty dearly. But ultimately it's things that we can't change now.

“We have an opportunity if we win the race – which we have to do. I've been telling everyone really since May or June, you can't win this championship on two race wins. The motivation and goal has to be to win the race. Because it's double points, that makes overhauling Josef that much more feasible, right?

“For me, I go into it with the same exact mindset that I've had all year. It's to show up to the racetrack and try and win. I think in a way it's almost less pressure than if you're closer, you're then like nitpicking over positions, right? For me, it's like, I need to win – period. If we do that, then I think we can be pretty content with the challenge that we put up throughout the year.”

Rossi said that he and his #27 quarter of the team have been left slightly nonplussed by their deficit to Newgarden because they believe they addressed most of the issues that prevented them from beating Dixon to last year’s title.

“There was a realization that we left a lot of points on the board in 2018,” he said, “kind of through our own undoing. Whether it was a missed strategy call, a [mechanical] failure – Road America – or my mistake in Detroit, we can look back and really highlight three or four areas where just silly mistakes cost us.

“I think we haven't had any silly mistakes this year. We were just on the wrong side of a yellow in St. Louis [Gateway], came up a little bit short in Indy, got taken out in Pocono…

“I think we've done everything right from our standpoint. We improved on tracks where we struggled in the past. I think, if anything, we maybe cost ourselves a little bit in certain areas this year by being too conservative in a sense, just trying not to repeat the same mistakes as last year.

“It's always easy to be Monday morning quarterback. Who knows if we had been more aggressive at certain races if it actually would have played out, right? It's impossible to say. But I think if we look at where we were last year compared to where we are this year, we're ahead.

“So I think it's the fact that Josef has had a sensational year [and] unfortunately that's been a little bit better than ours.

“However, we have the full intention of taking that away from him in the last race, just like old Scott did to [Juan Pablo Montoya] in 2015.”

That year, Dixon overcame a 47 points deficit to Montoya going into the final round, winning the race, drawing level on points and winning the championship on a race-win tiebreak, 3-2. 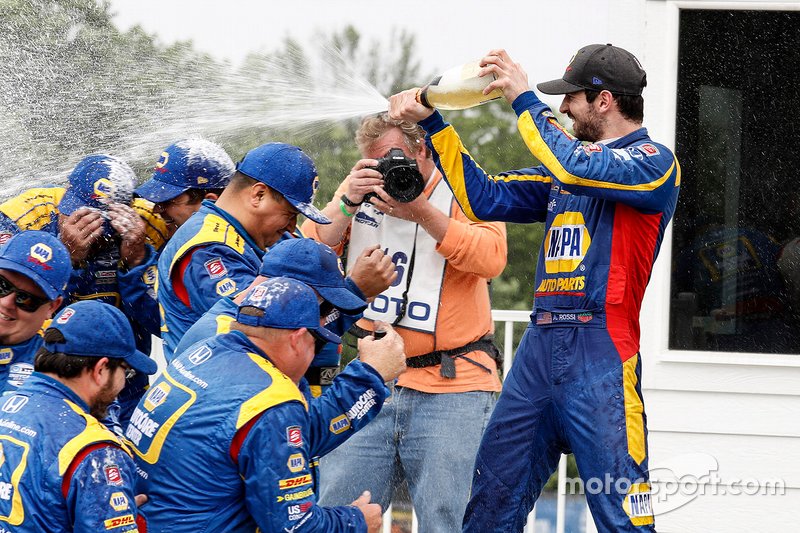 Johnson: Open-wheel in plans, but not done with NASCAR