Kirkwood now available to any team as he seeks fulltime ride

Indy Lights champion Kyle Kirkwood says that the end of his current Andretti Autosport contract has allowed him to speak with other teams as he tries to ascertain his future for 2022.

With Michael Andretti’s four-car team set to run Colton Herta, Alexander Rossi, Romain Grojsean and Devlin DeFrancesco in 2022, Kirkwood currently has only three IndyCar entries – part of his Road To Indy scholarship worth $1.25m – set in stone for next year.

Following his third test in the #26 Andretti Autosport-Honda at the Indianapolis Motor Speedway road course today, Kirkwood told the media: “We have an idea… I think we have a direction. It's not all said and done.

“As of today, November 1st, I've been given permission to look elsewhere. I haven't been able to have conversations. I don't know exactly what I can and cannot say, so I'm going to keep my mouth shut on the direction.”

Asked if he would ideally like to race a fifth Andretti car (as per 2019, when AA’s satellite operation Harding Steinbrenner Racing ran Colton Herta in a fifth car), Kirkwood acknowledged that would be his preferred option.

“Racing with them for the past two years, I think that's really what I hope for,” he said. “Pushed really hard all season to end up in one of their cars. Ideally that would be the best predicament for me.

“Given that I've done three tests with them now, knowing the engineers, the mechanics, kind of the whole operation, it's very similar from Indy Lights to IndyCar how they operate. Jumping in and not having to learn a whole new team's system would be beneficial for me, yeah.”

Andersen Promotions which ran Indy Lights up until this week until IndyCar took over, have stipulated that Kirkwood’s three guaranteed entries are for St. Petersburg, the Grand Prix of Indianapolis and the Indianapolis 500, although Kirkwood has admitted he’d have preferred “Long Beach, the 500, and probably Mid-Ohio. Those are my three favorite races.”

On the subject of whether there’s a team who might provide more than three races even if it can’t get him on the grid at all 17, Kirkwood replied: “Ideally we do all of them. That's what I'm pushing for right now. My focus isn't really places where I'm only going to get a few races.

“We still have a lot of time. If push comes to shove, we have to do a few races, obviously I'm going to try and maximize it, get as many races as I possibly can. Ideally we just don't do three.”

Kirkwood test at IMS today was part of a reward for the top-three finishers in this year’s Indy Lights championship, with David Malukas – soon to be confirmed at Dale Coyne Racing – driving a Team Penske-Chevrolet for his second ever IndyCar test, and Linus Lundqvist taking over the #29 Andretti car which has been tested twice by DeFrancesco.

Kirkwood ended the day fastest around the 2.75-mile version of the course that incorporated the inner loop at Turn 5, with a best time of 1min19.94sec, with Malukas 0.208sec behind, and Lundqvist – making his IndyCar debut – a mere 0.0848sec further back.

A highly enthused Malukas said, “First off we took a picture with the Penske team. I said, ‘You need to send me this, I'll hang it up everywhere!’ I'm going to say I did drive for Penske. If anybody asks how long, I'm just not going to answer it. It doesn't matter. 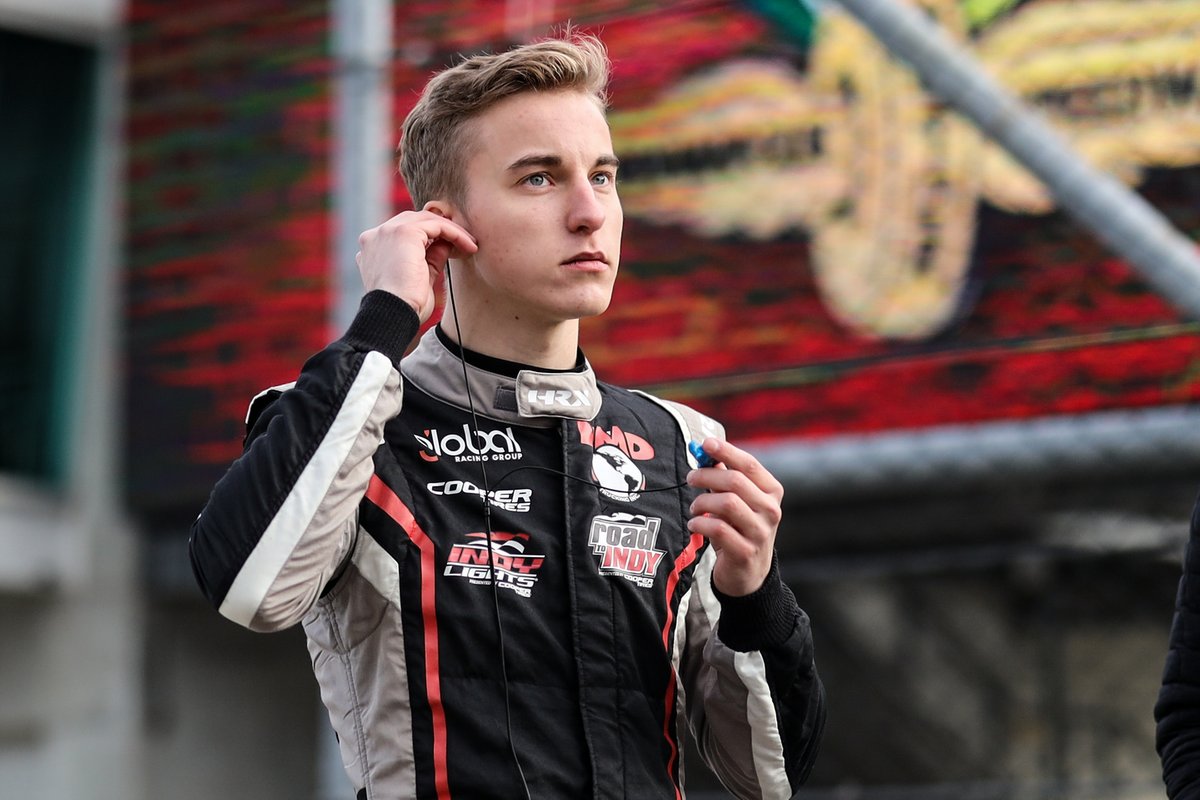 "Just an incredible experience to see the Penske team, actually for all of them to be helping me. The crew is unbelievable. Every single one of them have a single job they do and they do it perfectly. All of them helped me to the best of their ability. I felt very spoiled. Just anything that I needed, they get on with it and get it done in just a few seconds. It was a good experience.

"The only thing I struggled with was the Indy Lights seat. It was a botched, put-together type of deal. Wasn't a proper, new made seat for the car. I was a little bit low, kind of struggling with the pedals, on top of them. Some corners, 'Am I in the grass? I don't know!'”

Comparing the Honda he used in the Coyne car in his first test and the Chevrolet he used today, Malukas remarked: “Yeah, everybody has been asking me this question. I think that's what they've been most interested in.

“I've heard rumors they say there's a big difference between the two. Some people prefer Honda, some people prefer Chevy. Realistically there was a little bit of difference within pit lane with the the way the Chevy idled. After one run they said I was a new driver to them, so they quickly adjusted how I wanted it to be.

On track I couldn't tell a difference, let alone with Honda I tested in Barber, here I tested at Indy, different gears. It was very tough to kind of get a sort of say on which one is better or worse, the difference. Overall it felt very similar. I don't think the gap is as big as people think.”

Lundqvist described the experience as “one of if not the best of my life so far. It was absolutely fantastic, the whole experience of it. Obviously you've been looking at INDYCAR for so many years, dreaming about getting in one of those cars. Now to actually have done it, it feels incredible. Super happy.”

But the Swede has said he has not yet ascertained in which series he’ll be racing in 2022. “Unclear I would say,” he commented. “You never really know what's going to happen. I would love to stay here in the U.S. to start off with. Obviously I would love to be in IndyCar next year. If that doesn't happen, then I'm looking to do Lights another year.

“You never really know because budget-wise it's a very big question. We'll see what we can do during the winter – after this test, as well, what pops up. I'll keep digging no matter what…

“The plan right now is to stay in the U.S. for another two, three weeks, sort of see how a few loose ends on this half of the planet. Then the plan is to go back home and obviously to have a chat with my sponsors back home and see what we can do for the following year.” 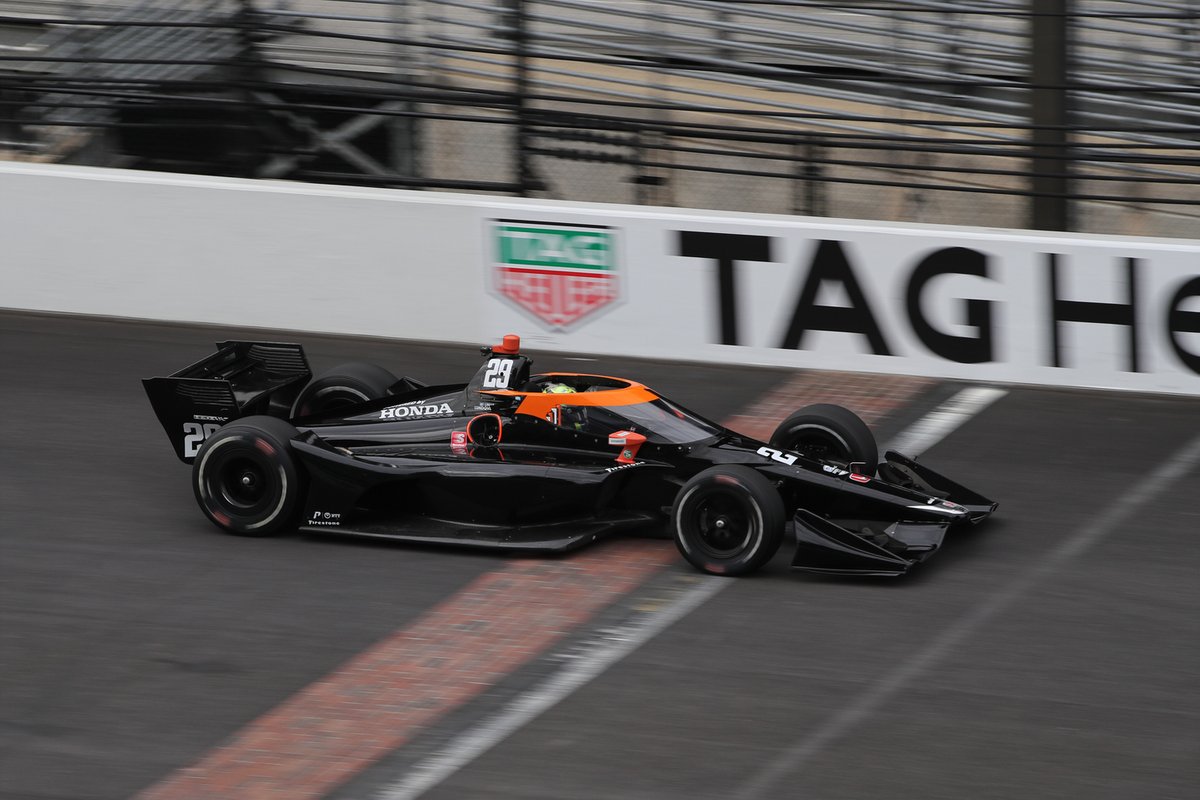