Sage Karam says he’s happy there are only 33 entries in this year’s Indianapolis 500, – although he’s confident anyway that the Dreyer & Reinbold Racing-Chevrolet won’t be starting from the back row.

Last year, Karam was involved in the five-car battle for the last three spots on the grid. Eventually he qualified 31st for the third straight year, ahead of Will Power and Simona De Silvestro, this trio beating Charlie Kimball and RC Enerson to the back row of the grid.

Karam then produced his best performance at Indy, storming through to finish seventh.

Recalling that anxiety-filled weekend last year, Karam told Motorsport.com that the trouble started when the BorgWarner turbos were tweaked from 1.3-bar boost to 1.4-bar for Fast Friday and qualifying weekend.

“It was when we added the horsepower, we kinda missed the aero balance, and when I went out for my first qual run, I had too much downforce on and it was too conservative. I was too-easy flat.

“Then later in the day, I took downforce off and it was better but by then you can’t cool the car down enough and the track’s a bit hotter than it was earlier, so you’re never going to go faster. So that first time is your real shot, and so when we screwed it up, we screwed it up.

“So that first day of qualifying last year was about making sure the balance was correct for that one shot we’d have on Sunday [Bump Day]. Sure enough, we did alright. We went faster on Sunday than we had on Saturday and not many people did that last year.

“That’s the hard part about being an Indy only team – figuring out those little things that other teams have found out at other tracks. But I feel like this year we have more of a handle on that than we’ve had past few years. And having Santino [Ferrucci] as a teammate helps – that’s going to help us go through the test program a lot quicker.”

Dreyer & Reinbold Racing looked very fast in opening practice, with Karam and Ferrucci third and sixth fastest respectively, and 27-year-old Karam said that he was grateful to have run IndyCar’s test days back in April.

“What I love about racing with Dreyer & Reinbold is that I know I’m going to get in a car that’s properly ready to roll in the Month of May,” he said. “There isn’t anything wrong with it. The paint is super smooth, the body-fit is perfect. It’s the best car they have. These guys go the extra mile for sure.

“It’s nice to have been able to do a day and a half in April – I don’t usually have that luxury. This morning would have been for working the kinks out and getting back up to speed and doing that whole [Refresher] thing of doing the 210-215mph phase. To have that all out of the way in April and then have a day after that allowed me to come back here in May and be on it right out of the pits.

“I was flat the first lap, we’ve gone through the check-list right away, so this is definitely the most comfortable I’ve been here on Day 1.”

That said, Karam isn’t assuming that pace in race trim means he’ll be fast in qualifying this weekend. He learned that the hard way last year.

He said: “That’s the tricky part – not getting too excited too early. It’s Tuesday.

“It’s cool to be fast but it doesn’t really mean anything. I felt pretty good last year, and I think I was inside the Top 10 nearly every single day until Fast Friday. Then I left Fast Friday thinking, ‘Oh boy, I might be in trouble with bumping.’

“Thankfully this year I don’t have to deal with that. It’s unfortunate for the fans because they love the whole bumping thing… but me? I’m totally happy to not go through all that drama again!” 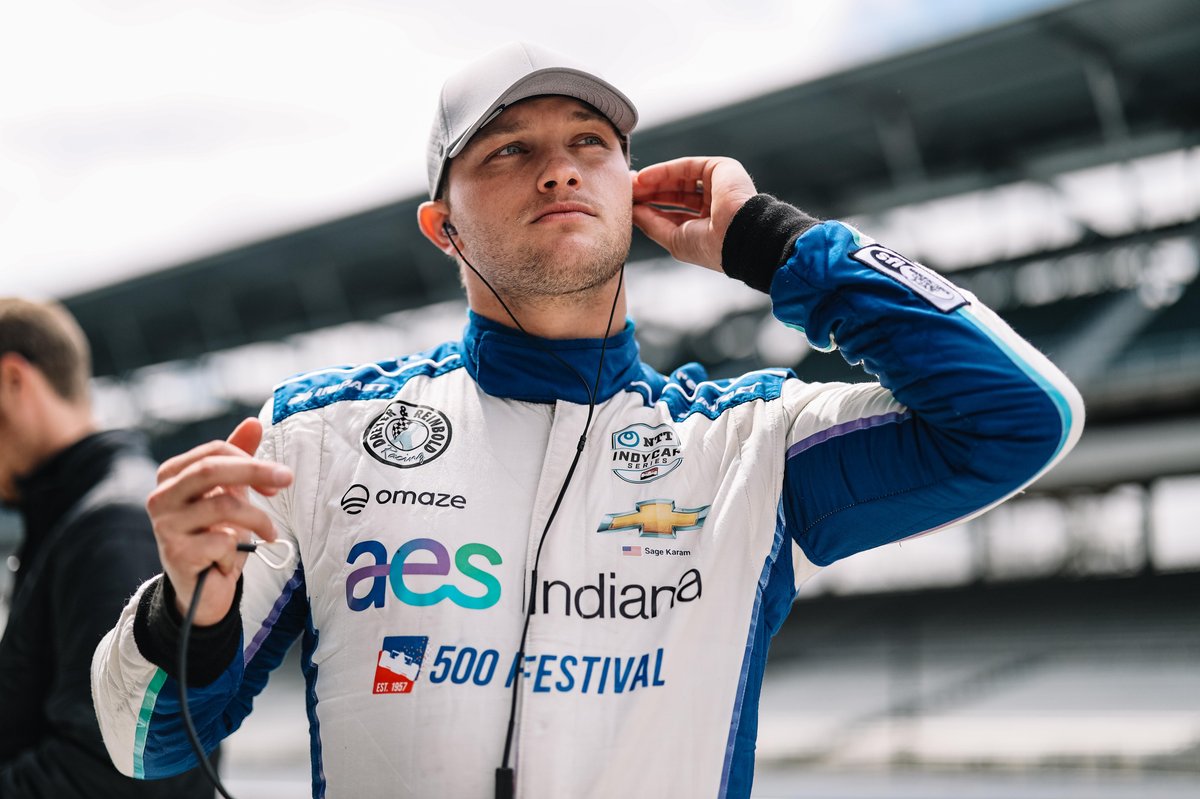