Kanaan set for another season at Ganassi 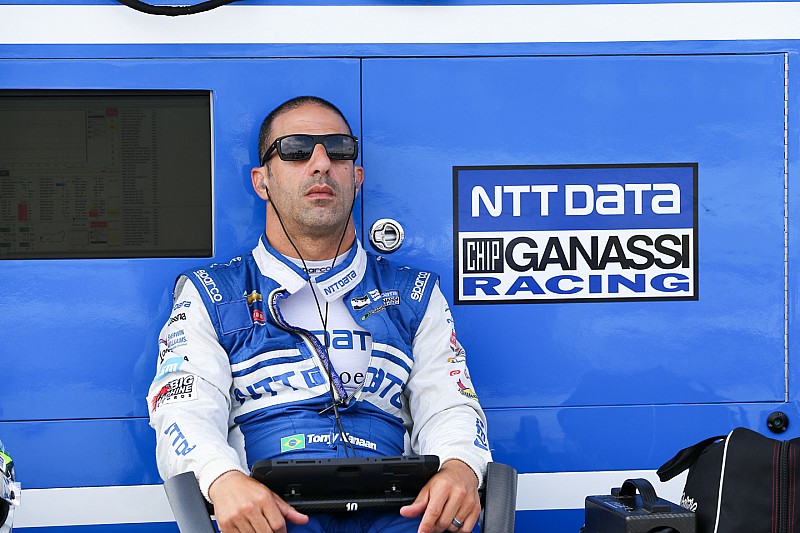 IndyCar silly-season is about to see one of its major questions answered, as it appears Tony Kanaan will have a year added to his contract with Chip Ganassi Racing.

Two sources close to both team and driver have independently told Motorsport.com that the Brazilian veteran is on the verge of signing on for a fourth season with Chip Ganassi’s team, although the deal is not yet done.

Although the 2004 IndyCar champion (with Andretti Autosport) and 2013 Indy 500 winner (with KV Racing), has scored just one win since replacing his friend Dario Franchitti in the #10 Ganassi-Chevrolet, Kanaan has become one of the most consistent performers in the series. And although he’s famed for being one of the best oval racers in the business, the 41-year-old is perceived by many within the paddock to be a better road and street course racer now than at any previous time in his IndyCar career. Until his car broke a toelink at Watkins Glen last weekend, Kanaan lay third in the championship.

Perhaps crucially, at a juncture when Ganassi's 27-year partnership with Target is about to end, Kanaan is understood to be very popular with the principals at the #10 car's title sponsor, NTT Data.

If, as is rumored, the 2017 season is Kanaan’s last as a full-time driver, then it is understood he will continue to race Indianapolis 500s as one-offs. The Brazilian is one of the most popular drivers within IndyCar and among the crowd at Indianapolis Motor Speedway.

A Ganassi contract renewal for Kanaan would appear to end the speculation that two-time Indy 500 winner Juan Pablo Montoya could make a switch back to the team that ran him for two years in Indy car racing 1999-2000 and seven years in NASCAR. Four-time champion Scott Dixon is on a multi-year deal – regardless of Target's imminent disappearance – and the sponsors of Charlie Kimball and Max Chilton are also thought likely to renew their contract with the hugely successful team.

Montoya, who last year won the Indy 500 and finished runner-up in the championship, is almost certain to be replaced at Team Penske but still has strong rides to investigate. For example, should the rumors of Sebastien Bourdais moving to Dale Coyne Racing in 2017 be true, KVSH Racing co-owner Jimmy Vasser is believed to be very keen on hiring Montoya. An arguably stronger option for Montoya might also be Ed Carpenter Racing, if Josef Newgarden replaces him at Team Penske, although Motorsport.com believes that at least up to and including last week, Montoya and Carpenter had not yet had even preliminary talks.

Newgarden is regarded as the hottest free agent on the IndyCar driver market right now, but sources close to him say he won’t be revealing his 2017 decision until early October, when he returns from holiday in Hawaii. His father has also told us that Newgarden would be very interested in staying at ECR if Ed Carpenter could sign an established topline teammate.

Regardless of this, Newgarden’s position may well become clearer in absentia, because Alexander Rossi has also moved into the frame at Penske. Despite admitting to Motorsport.com that he is deep in talks with Andretti Autosport, Rossi met with Penske team principals at Watkins Glen. With his status as an Indy 500 winner, his very polite and composed nature outside the car and his increasing ability to match the pace of de facto team leader Ryan Hunter-Reay, 2016 rookie Rossi appears to have most of the primary qualities that would appeal to legendary team owner Roger Penske.

Hunter-Reay himself is not available until the end of 2017, but that could prove to be ideal timing to replace Kanaan at Ganassi or Helio Castroneves at Penske should either – or both – choose to retire.