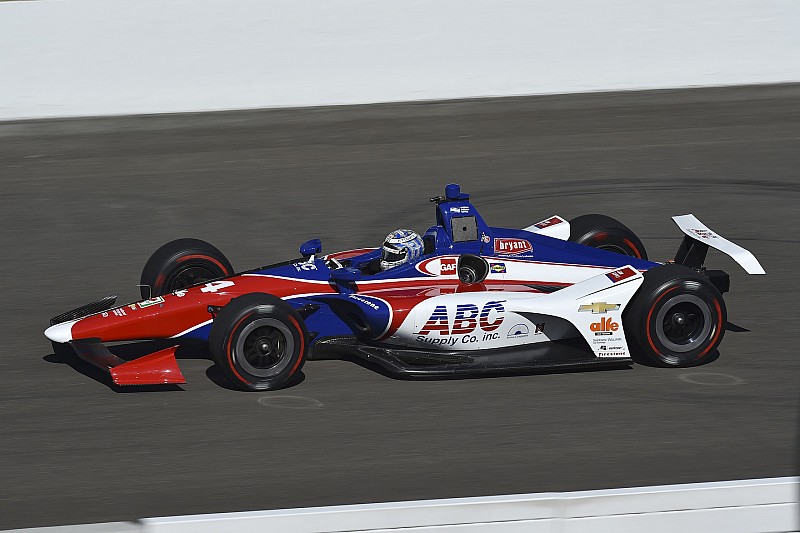 The 2013 Indy 500 winner Tony Kanaan sent the team owned by four-time Indy champ AJ Foyt at the top of the times with a 226.181mph lap ahead of the fastest Penske-Chevrolet of Simon Pagenaud.

No less significant was that Kanaan also took the fastest lap without the aid of a tow – a 223.240mph.

Pagenaud’s 225.910 was just enough to withstand a late run from the best of the Andretti Autosport drivers – and best Honda – of Marco Andretti, who set a 225.637.

That was just 0.007mph faster than the highly impressive Gabby Chaves of Harding Racing-Chevrolet, who lapped faster than Scott Dixon’s Chip Ganassi Racing-Honda and Sebastien Bourdais, who was turning his first laps at IMS since he drilled the Turn 2 wall with his Dale Coyne Racing-Honda in practice last year.

The Ed Carpenter Racing-Chevys of Spencer Pigot and Ed Carpenter were seventh and ninth, split by the second Ganassi car of Ed Jones, and Pigot was also second fastest in the no-tow rankings.

Helio Castroneves, Will Power and Josef Newgarden were 10th, 12th and 14th, the latter turning the most laps in the afternoon session (89) and also trying out Power’s front wing.

Both Carlin-Chevrolets made excellent progress in the afternoon, Charlie Kimball and Max Chilton both nudging past the 223mph barrier into 13th and 16th although their no-tow speeds were 19th and 21st.