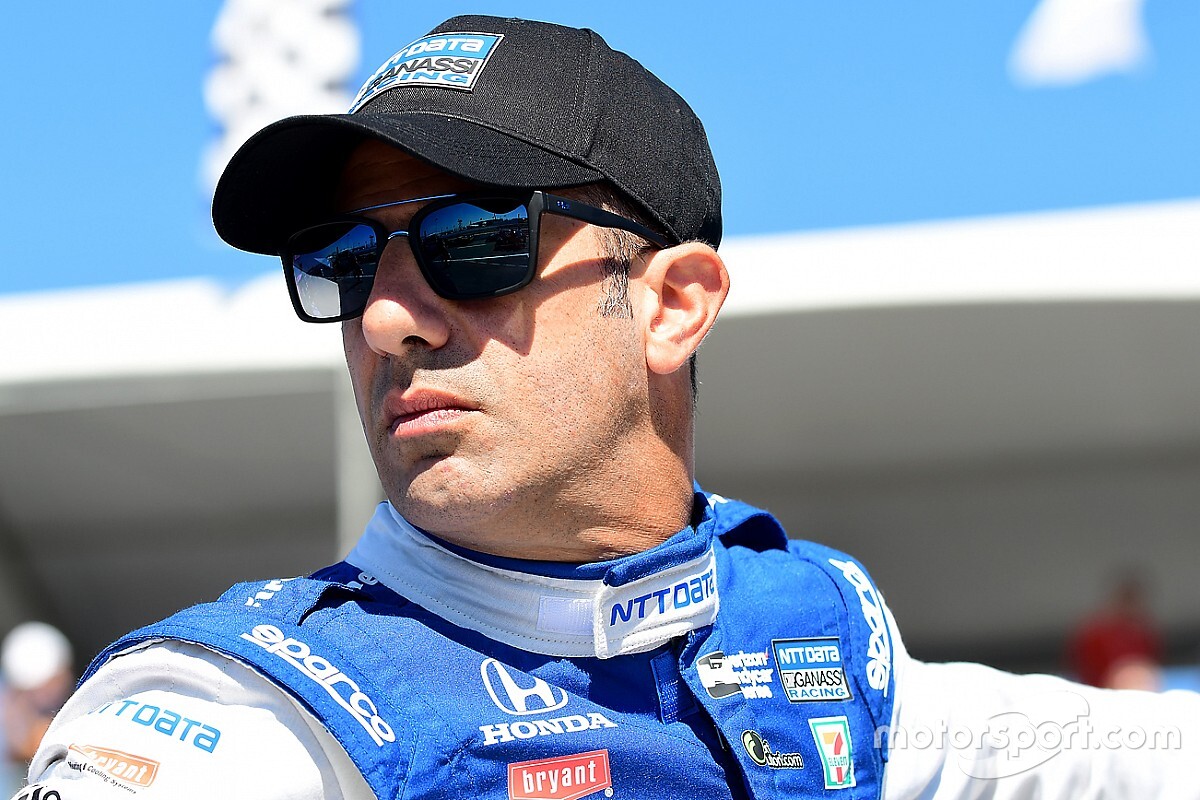 Tony Kanaan says that returning to Chip Ganassi Racing-Honda adds pressure to win, but that it’s a “great problem to have”.

The Brazilian veteran, who raced for Ganassi from 2014 through ’17, was confirmed this morning as the oval driver of the #48 CGR-Honda for the next two years, sharing the car with NASCAR legend Jimmie Johnson, who will compete in the road and street courses.

Kanaan said that returning to a team that has just earned its 13th drivers’ championship and its sixth with Scott Dixon is more demanding but he welcomes having a realistic opportunity to add a second Indy 500 crown to the one he earned with KV Racing in 2013.

“My entire career was racing under pressure, and I think I perform better when I'm under pressure,” said the 2004 IndyCar champion. “It adds a lot to it.

“The enjoyment is always going to be there. Once you're driving a racecar, in my opinion, you always enjoy it – but you enjoy it even more when you're winning. And you add the pressure to it, I think for me it's the best combination. Chip is in the business to win races, that's all he cares about, and he won't save you if he has something to tell you.

“To me it's a great problem to have – that butterfly in your stomach from now on. It's like, ‘Wow, now I have to do it.’ I have some tough teammates there and I'm going to have to be on top of my game because the team is going to give me everything I need, with no excuses not to win races.

“Been there before a few times, and I think it's totally manageable.”

Kanaan further explained: “They have proven on and off that they are one of the top teams to beat, and as a racecar driver, being selfish, that's where you want to be… You want to be on a winning team and a big organization that has a lot of resources and so on.

“It's not a hard decision, know what I mean? It's like you're asking a kid if he wants to go for an ice cream! It was obvious.

“Having an opportunity like this in the last two years of my career is something that I'm not taking for granted. I talked to Chip last night, and we have one goal. It's to make this team win the 500. Chip just told me, ‘I added another big chance to do so with you,’ and that's my role, and that's what I'm here for.

“Like I said, I feel very humbled that I have these eight races in the next two years to do it. I don't think commitment is a problem with me. I think you guys have been following me for quite a while. I think I'm in shape, and I'm ready to do so.”

While there is set to be only four oval races on the 2021 NTT IndyCar Series calendar – Texas Motor Speedway double-header in early May, the 105th running of the Indianapolis 500 and World Wide Technology Raceway (Gateway) in August – nothing has yet been confirmed for 2022. Kanaan joked that he had contacted Penske Entertainment Corp. regarding opportunities for additional outings in what will be his final season.

“I already sent a text to Mark Miles and Roger Penske saying, ‘How about this track? How about that track? More ovals for sure.”

NTT Data and Bryant will be the principal sponsors of Kanaan, while the #48 will run in Carvana livery while Johnson is in the car, but the seven-time NASCAR Cup champion was also crucial in getting Kanaan onboard. The deal, he said, was completed in a week, but he had remained in contact with previous employer Larry Foyt of AJ Foyt Racing.

“That was step one, get the sponsorship,” said Kanaan. “Step two, it was trying to find a place that would fit right, that would make the right decision and so on, and that was a little bit more complicated. There were a few sleepless nights and talking to Jimmie every day… Look how many pieces of the puzzle we had to put together.

“Jimmie had to get his deal first, which we didn't even know if it was going to be Ganassi at the time. Yeah, the deal happened really quick, but we've been talking about this on and off for quite a while. In the beginning I really said ‘Aargh, this is never going to happen!’ That was the pessimistic side of me thinking it was going to be impossible to pull it off…”

“As long as you're out of contract, you are talking to everybody, right. So I basically did. I was in negotiations with Larry. I was always up front with him. We talked to other teams. And in the meantime everything else was happening.

“We got it done [with Ganassi] in amazing record time, for how complicated the deal was.”

“I feel extremely lucky, man. I'm going to go back to a team with my best friend Dario Franchitti, my other best friend Scott Dixon, and now Jimmie. How cool is that to write a story afterwards when it's all over? I feel blessed. I can't thank everybody enough for pulling all this effort together – my family, my wife. She kind of knew that I wasn't giving up. I guess she's OK to put up with me for another couple years like that.”

“I wanted to do the four ovals again, and really the realistic option was Larry, because none of the other teams wanted to split a car or do anything like that,” he said. “Vaguely, a long time ago, I talked to Ed, but Ed and I wanted the same thing, so it was not a possibility there. Did I make a ton of phone calls? One hundred percent, but there was never a negotiation in place because it didn't make sense.

“So then it went to trying to make a decision. Should I just go and try to do Indy with all my sponsors and that's it? That would open up more possibilities. But the realistic one was Larry, and then obviously the most obvious one was this one because it was just meant to be, I guess.”

Asked if he might also be part of Ganassi’s new IMSA line-up for 2021, Kanaan responded: “That's totally up to Chip. Obviously he put me in a car before, he gave me my Daytona 24-hour win, so I'm available.

“But that's his decision. We haven't really talked about it. It's one of those things that I know if he needs somebody and if he wants me to do it, I'll be available. If not, I'm pretty sure he will have plenty of capable guys. He has a guy, Scott Dixon – you probably know of him! – that is probably at the head of the line there.”