Kanaan "disappointed" with how he performed at Ganassi 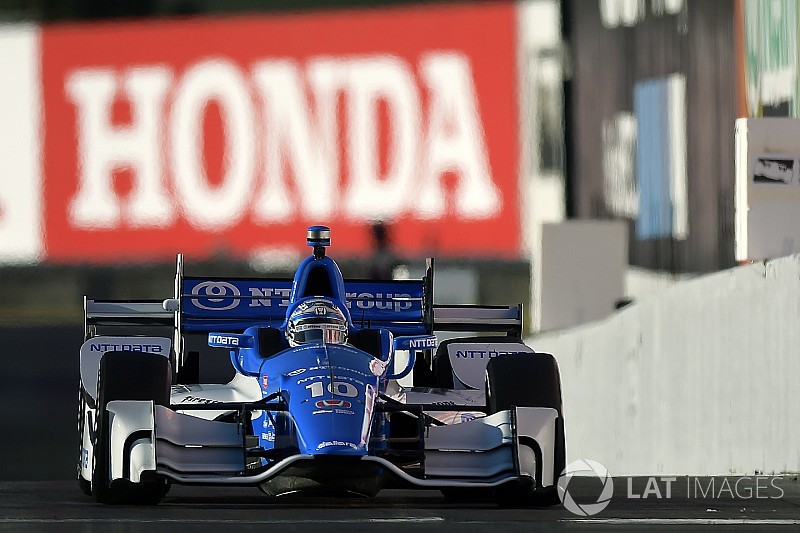 Tony Kanaan had to accept he was "disappointing" at Chip Ganassi, and needed the chance to build an IndyCar team around himself in 2018 at AJ Foyt Racing.

Ganassi's decision to scale back to two cars, partnering Ed Jones with Scott Dixon after a deal for Brendon Hartley fell through, led to Kanaan's exit and move to Foyt.

Kanaan won one race with Ganassi, the 2014 season finale at Fontana, and says his spell with the team was underwhelming.

"Sometimes you just have to accept that things are not working out," Kanaan told Motorsport.com.

"I was part of a great organisation at Ganassi. I only have good things to say about them, but sometimes it doesn't work.

"I think I have learned that through experience that sometimes you're in the best team with the best people but that doesn't mean you can perform at your best.

"For some reason, that was the case. Obviously, I'm a little bit disappointed with the way I performed there, and then I thought I needed something else to motivate myself.

"And building a structure around me with the people that I know, I thought was extremely interesting and [AJ Foyt team president] Larry completely accepted that."

Kanaan believes he can still win races in IndyCar, although Foyt has not won since Long Beach in 2013.

But Kanaan says several factors have gone against him in his win-less drought.

"It's hard with the competition the way that it is," he said. "A lot of people ask me that question and I'm pretty aware of it.

"Helio [Castroneves] hadn't won races in forever as well until he kind of clicked this year, so we're always competitive.

"You add four Penskes, four Ganassis and all of a sudden you have 10 people every weekend with the possibility to win.

"Before it was a little bit easier. We've been in contention to win a couple of races and something goes wrong in the past couple of years."