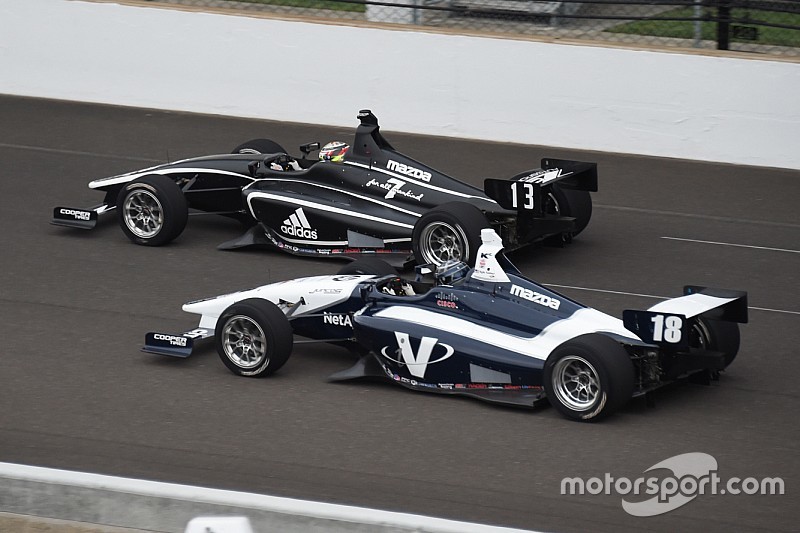 Juncos Racing, which recently acquired three IndyCar chassis, speedway aerokits and some pit equipment from the defunct KV Racing, has announced it will take part in this year’s 101st Running of the Indianapolis 500.

The team, founded by Argentinean Ricardo Juncos, is renowned for its highly successful Pro Mazda operation, but expanded to Indy Lights in 2015, with the arrival of the Dallara IL15-Mazda. It promptly won the championship with Spencer Pigot, and just last year opened its new Technical Center in Speedway, Indiana, as Juncos stated his intention to eventually move up to IndyCar.

He said: “I am so happy to officially announce our participation in the Verizon IndyCar Series,” said Juncos. “This is a dream come true for me and my team. It’s been only two months since our grand opening of the new Juncos Technical Center, which was a huge moment for us.

“Now we are becoming a new team in the Verizon IndyCar Series and will run in ‘The Greatest Spectacle in Racing,’ the Indianapolis 500. This is definitely one of the biggest moments in my life.”

The Juncos Technical Center is a 40,000-sq.ft. building that includes eight car bays, paint booth, simulator room and machine shop, along with parking for multiple transporters.

Driver and manufacturer announcements will come at a later date.

“It’s always hard to identify the right moment and right time to make a big move and make big decisions in motor racing, but I am confident the timing is right and that we will succeed as we did in the Mazda Road To Indy ladder series,” Juncos said. “I want to thank Mark Miles (Hulman & Co. CEO) and Jay Frye (IndyCar president of competition and operations) for all their help and confidence they have had in me and my team.

“I also want to thank Mr. Kevin Kalkhoven from KV Racing Technology. He has been extremely helpful during this transition and, with his continued support and help with all of his experience in racing, we are confident going into this next level.

“Thank you to my family and my team for giving me massive support throughout the years, and to all of the fans, thank you!”

Frye said: “IndyCar has been fortunate to have many drivers graduate from the Mazda Road To Indy program to the Verizon IndyCar Series, and those drivers have done a phenomenal job over the years. Another goal of the Mazda Road to Indy program is to graduate teams and IndyCar is working hard to help create opportunities for those teams to move up to the Verizon IndyCar Series.

“Ricardo and Juncos Racing have a great history of success, and we are proud to have them become a part of the Verizon IndyCar Series.”

Kalkhoven stated: “We are delighted Ricardo is developing a program to progress to the Indy 500 and beyond,” Kalkhoven said. “We are committed to helping him and his team with our experience, equipment and data to best ensure a successful entry.”

The last new team to join the Verizon IndyCar Series was Ed Carpenter Racing in 2012.