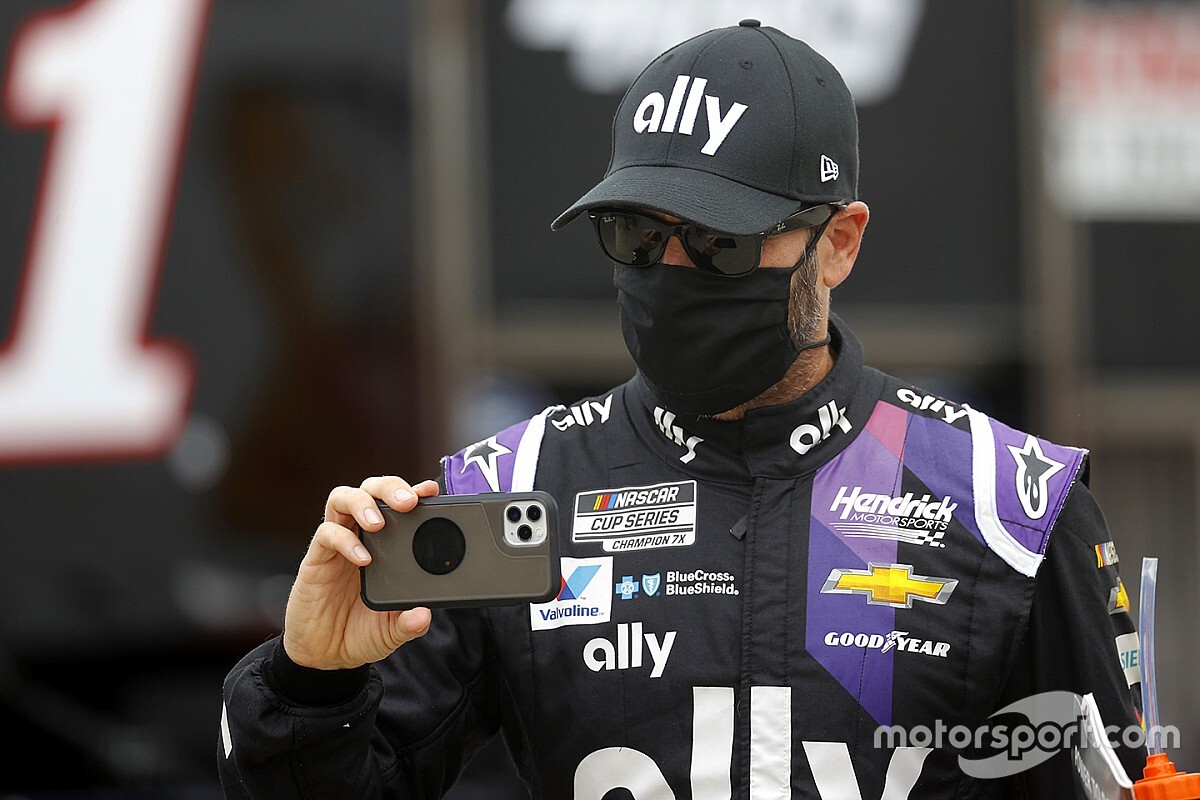 Seven-time NASCAR Cup Series champion Jimmie Johnson says Chevrolet understands that his first IndyCar test in a Chip Ganassi Racing-Honda next week is all about getting track time.

Johnson, who has competed in a Chevrolet in NASCAR his entire Cup career, originally had a test scheduled in April in an Arrow McLaren SP-Chevrolet at Barber Motorsports Park, but that was canceled due to the COVID-19 pandemic.

The Hendrick Motorsport driver is competing in what will be his final full-time season of NASCAR racing but has remained steadfast he is not done racing and has expressed interest in trying other forms of racing, including IndyCar road courses.

The opportunity arose to conduct a test next week at the Indianapolis Motor Speedway road course with Ganassi following the inaugural NASCAR-IndyCar doubleheader weekend and he didn’t want to pass on the opportunity.

“Everybody has been super-understanding that I just want to get on track and experience an IndyCar and see if it’s something I want to do in the future,” Johnson said Friday.

“I feel like it is, but I have a great relationship with Chevrolet and they were understanding that laps for me and any experience I can have in an IndyCar is the most important thing.

“As we all know, I had a test scheduled April 6 with McLaren in a Chevrolet and was very, very hopeful to find a date with them and test in a Chevy-McLaren. Honestly, any testing I can get right now I want to take and get every lap I possibly can.”

Johnson acknowledges the manufacturer conflict but said he was thankful everything came together so quickly with CGR with the testing opportunity.

Johnson said he has “a lot of options” to compete in an IndyCar race.

“I’ve had a lot conversations with a lot of teams other than just CGR and McLaren,” he said. “It’s still in the very early days. It’s been more about getting to the track and teams to look at me and form their opinion of my abilities in one of their race cars and certainly I have that same opportunity to see what I feel about each team and what an IndyCar feels like.

“It’s in the very early stages of all this and it’s hard to read too far into things at this point but most importantly I’m just thankful teams are listening and willing and able to take me to the track just so I can learn.”

Johnson said in preparation for next week’s test, he has been talking a lot with Ganassi driver and five-time IndyCar champion Scott Dixon.

“As you know I was at COTA earlier this year (during a test) and I have a lot of friends in the garage area,” he said. “As the opportunity to test in April many reached out and many have reached out now and said if I need anything to lean on them.

“It gets tricky when you get outside a certain team. So, from where I sit right now, I’ve just been leaning on Dixon to get ready for this test.”

Before the test, Johnson still has one final opportunity to win another Brickyard 400 at IMS on Sunday.

A win would not only be his fifth in the prestigious race but break a career-long winless streak and qualify him for the NASCAR playoffs.

Asked what it would be like to get one final win at Indianapolis, Johnson said, “Storybook to say the least. I certainly hope it happens. We have a great starting spot, starting fourth, and my team is doing an amazing job and we’re ready.”