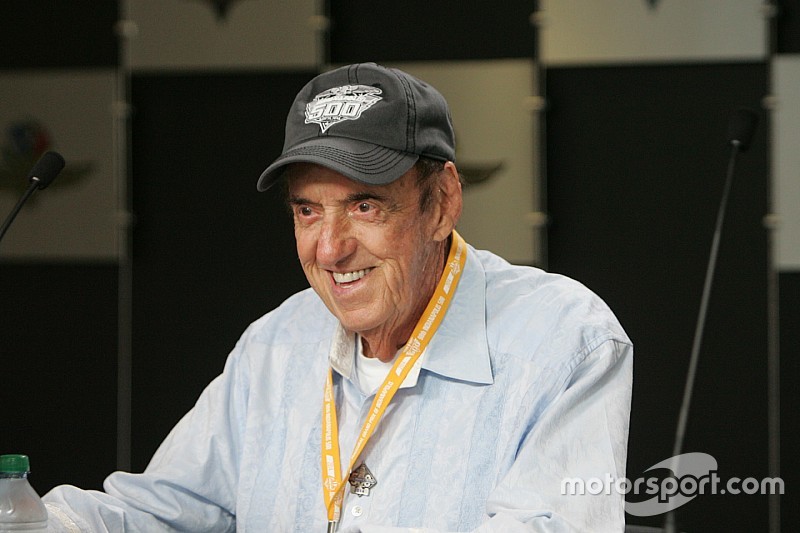 Jim Nabors, who became one of the most beloved elements of Indianapolis 500 pre-race tradition, has died at his home in Hawaii.

But to millions of motorsports fans, he was also known as the man who sang ‘Back home again in Indiana’ in the build-up to the Indianapolis 500, from 1972 through 2014.

A statement from the Hulman-George family, owners of the Indianapolis Motor Speedway, read: “Jim Nabors was such a kind, caring man, and we will miss him greatly. Jim was born in Alabama, but he became a Hoosier to all of us almost immediately after he began his superb performances of 'Back Home Again in Indiana' starting in 1972. He loved coming back home to the Speedway almost every May for more than 40 years and seeing his friends and race fans, who loved him dearly.

“Jim was not only a treasured friend, but truly a cherished member of our family. We will never forget his genuine kindness, sincerity and loyalty. He was a wonderful man who inspired millions of people across the globe every May and throughout his entire life.”

The news of Nabors’ passing comes just a year and six days after the death of Florence Henderson, who from the mid-90s until 2016 would sing ‘God bless America’ before each Indy 500.

Reportedly only a liver transplant saved Nabors’ life in 1994 after he contracted hepatitis B while traveling in India, and this brush with death prompted him to get involved with the American Liver Foundation.

From 1997 to 2006, Nabors starred in a live show called A Merry Christmas with Friends and Nabors broadcast from Hawaii Theatre Center in Honolulu, where he had moved in 1976.

Nabors is survived by his partner of 42 years, Stan Cadwallader, who he married in 2013.

Motorsport.com sends its condolences to Cadwallader and all who knew and loved Jim Nabors.

Kanaan "disappointed" with how he performed at Ganassi