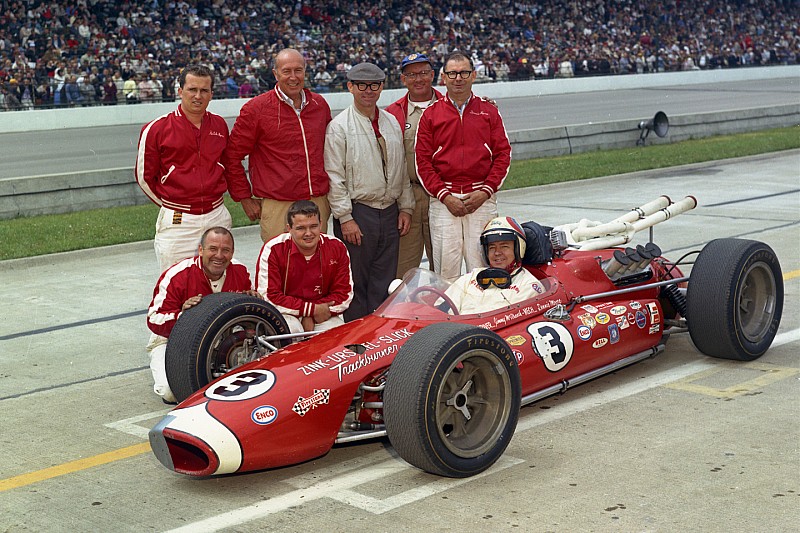 Jim McElreath, one of Indy car racing’s tough guys who won several races and despite personal tragedies kept his racing dream alive, has died at the age of 89.

Arlington, Texas-born McElreath won only five Indy car races in his career yet his versatility and sheer consistency on the various types of ovals that comprised the USAC National Championship (the equivalent of today’s IndyCar championship) meant he was able to accrue 47 top five finishes from his 167 starts.

This helped him finish in the top three in the title race four times between 1963 and 1970, the highlight being ’66 when he was runner-up in the USAC championship to Mario Andretti.

McElreath’s victories included winning the inaugural race at Ontario Motor Speedway in 1970, and winning at the fearsome Langhorne Speedway, a circle track which some drivers felt became even more perilous when its dirt was replaced with pavement. In the first year after that change, McElreath won both events at Langhorne.

A statement from Indianapolis Motor Speedway read: One of the last eight surviving drivers who could claim to have driven a front-engined car in the 500, McElreath was 34 years old and had been racing on short tracks for 16 years when he burst on the scene at Indianapolis in 1962.

Driving a six-year-old Kurtis-Kraft Offenhauser-powered roadster, once owned and driven by Ray Crawford, McElreath qualified seventh and went on to cause quite a stir by passing A.J. Foyt and Rodger Ward in the early stages to run second by Lap 20. He ended up finishing sixth, and many observers suggested he was hampered by pit stops performed less rapidly than those by the contestants ahead of him.”

Still, that effort earned him Indianapolis 500 Rookie of the Year award in ’62, and McElreath would go on to score five more top-six finishes at Indy, the highlight being third in 1966 behind Graham Hill and Jimmy Clark. This result would go a long way to helping him secure second in the championship that year behind the dominant Andretti.

In 1977, McElreath and his son Jimmy became the first father/son duo to attempt to qualify for the same Indy 500, but the younger man came up short in a year when 56 drivers competed for the 33 grid slots.

There would be no repeat attempts as McElreath Sr.’s life as a gritty racer who worked on his own cars would be hit by personal tragedy, in a similar manner to his fellow Texan, Roy Orbison. Later in ’77, young Jimmy McElreath would die in a sprint car accident at Winchester. Jim and his wife Shirley would also prematurely lose one of their daughters, Shirley, who had married team owner Tony Bettenhausen Jr. The younger Shirley and Bettenhausen would perish in a plane crash in 2000.

Shortly afterward, Shirley Sr. would suffer a stroke that has confined her to a wheelchair ever since. But she survives her husband, as does second daughter, Vicky, granddaughters Bryn and Taryn Bettenhausen, and great granddaughter, Kendyl Bettenhausen.

Motorsport.com extends condolences to the McElreath family, as well as all fans of one of Indy car racing’s consistent and determined racers.

Alonso one of the best ever, says de Ferran