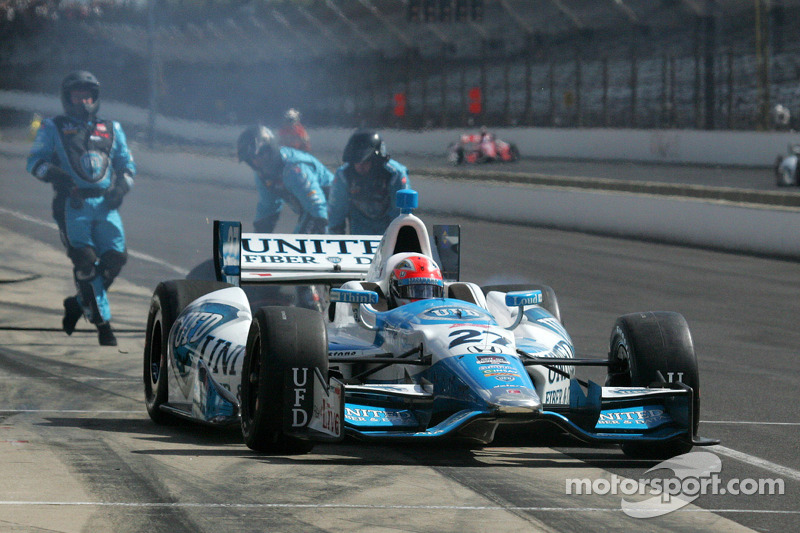 James Hinchcliffe was injured after being struck in the head by debris during the Grand Prix Indianapolis Saturday.

Following an on-track incident on Lap 56, Verizon IndyCar Series driver James Hinchcliffe was treated at the IU Health Infield Medical Center and transported by ground to IU Health Methodist Hospital in Indianapolis. Hinchcliffe was discharged from the hospital after being evaluated and having a CT scan of his head and neck.

INDYCAR Medical Director Dr. Michael Olinger said Hinchcliffe was diagnosed with a concussion. The driver of the No. 27 United Fiber & Data car for Andretti Autosport will be re-evaluated by Olinger and INDYCAR medical consultants before being cleared to drive.

While Hinchcliffe did make an appearance at the Indianapolis Motor Speedway for Sunday's opening day, the Canadian kept the visit brief, joking around with his crew and having lunch with family. No medical evaluation was performed and the three-time race winner returned to his Indianapolis home to rest and recuperate.

Hinchcliffe could return to the speedway for re-evaluation as early as Tuesday, however a date for his next medical visit has not yet been set. In the meantime, the Canadian is not cleared to drive in Indy 500 practice sessions.

Venezuelan E.J. Viso took the wheel of the No. 27 machine for a "shake down" run and will continue to practice with the team while Hinchcliffe recovers, and until a definitive decision in made in regard to the driver of the No. 27 car for the 98th Indianapolis 500. Viso finished sixth on the speed charts in the practice session. 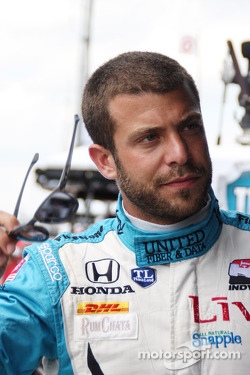 "So far things have been pretty smooth," said Viso, "I love working with these (Andretti Autosport) guys. Last year I had an amazing year, an amazing experience, and I only have positive things to talk about my teammates and my team. This opportunity just showed up overnight.

Of course we all know what happened to (James) Hinch(cliffe) - at the same time, he is a great friend of mine, he was my teammate last year. Right now I'm helping him out, putting miles on his car and hoping he comes back soon and jumps back in. It's all credit to the team; we have a very strong car, and I think with the little things we're tuning up, they'll become very important later on in the week when we start trimming the car. As of now we have a good database from last year to start the month off."

Statement from Andretti Autosport United & Fiber Data (UFD) driver James Hinchcliffe: "I want to thank all the fans for their messages of concern and support. I'm a little stiff and sore and I'd love to be back in the car tomorrow, but I suppose I should probably let the doctors make that decision. Such a bummer for the UFD car when things were really starting to come together."