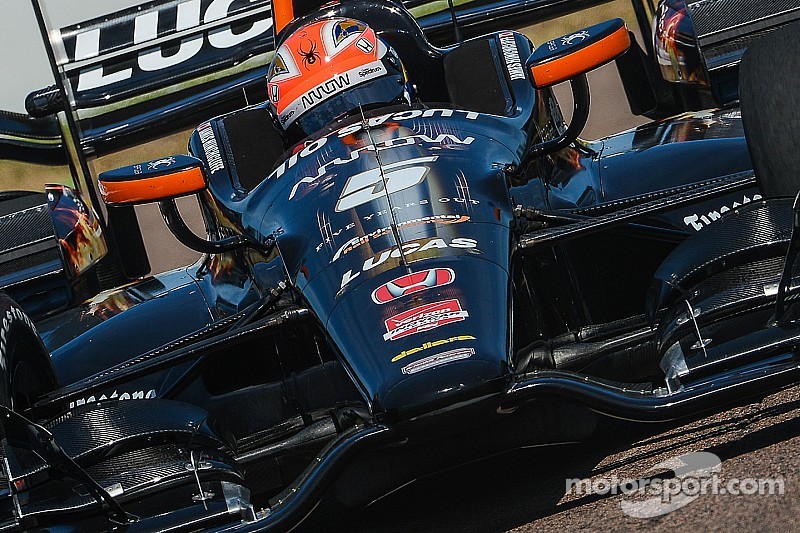 Canadian IndyCar driver James Hinchcliffe says he is expecting the City of New Orleans to come out in full force for this weekends inaugural NOLA GP.

Having spent some time promoting the series and this weekend's race at Mardi Gras earlier this year, James Hinchcliffe is hoping for better results after a tough season opener.

"I think everyone is looking forward to going to NOLA. We love going to new tracks and seeing new races. I was lucky enough to be part of some of the build-up to the race with the Mardi Gras celebration. Seeing what I saw, I think the city is going to come out in full force and really support the event, and that's what everybody wants to se," he said.

Most teams have had an opportunity to see the wide and fast facility. 'Hinch says he is most excited to see what his new Honda aero kit does at a completely different track from the season opener in St. Pete.

"On top of that, it's a cool new track and it's fast. It's going to be a great place to really explore what these body kits are capable of, so there's a lot of things to look forward to," Hinchcliffe said.

"More than anything, we're aiming to get the result on the board after the weekend in St. Pete that certainly wasn't what we were aiming for."

Hinchcliffe's Schmidt Peterson Motorsport team mate James Jakes, who is also making his first start at the Louisiana track hopes that his experience in the car testing gives him an edge this coming Sunday.

"I really enjoyed the track when we tested there and it should be a great event all around. Our testing sessions at NOLA should put us in better position from a competitive standpoint."