Jakes and Rahal finished 17th and 18th Sunday in Houston 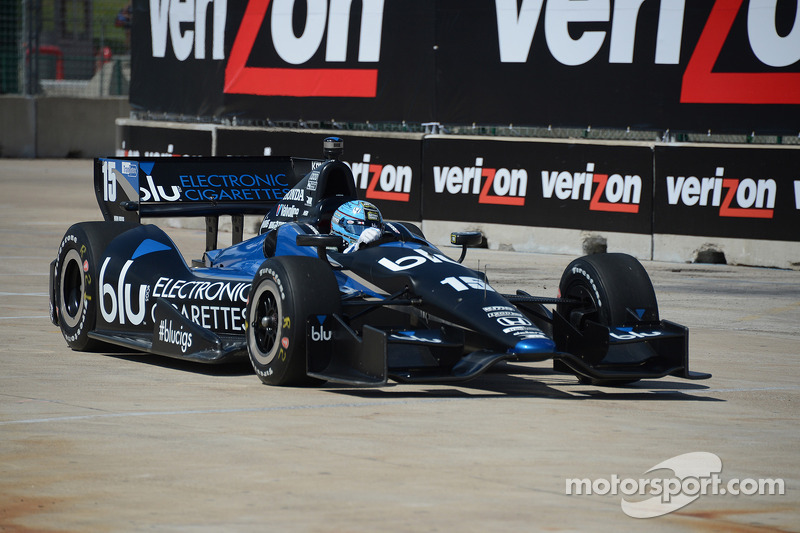 “It was a tough afternoon"

GRAHAM RAHAL, No. 15 bluCigs Dallara/Honda/Firestone: “On the first lap we got hit by Simona and that pretty much set the tone for the rest of the day. It was going to be very hard to get a lap back on this track and unfortunately I spun and hurt the rear wing a little later. It’s a shame because the car was really, really fast. I’m not sure we had a 59.5 lap like some of the leaders -- I haven’t seen their times -- but we certainly could have run the 59’s. It’s a shame because the car was very good. I think if we had been up front, we probably could have stayed there but unfortunately this is what we get for being where we are in the championship. But most of all, I hope Dario and all those guys are okay because that (crash) was scary.” 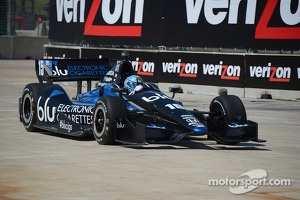 Qualifying for Race 2 was cancelled this morning due to standing water on the course so the field was set by Entrant Points and Graham started the race 19th It was his third Indy car race here and fourth overall. Rahal was hit on the opening lap by Simona de Silvestro who was penalized for “avoidable contact” and had to pit for a new nose which put him a lap down. Later he had to pit for a new rear wing which dropped him another lap down. He finished in 18th place. His first Indy car race here was Round 3 of the Champ Car World Series on April 22, 2007 and he became the youngest driver to earn a Champ Car podium with his second place finish at the age of 18 years, 3 months and 18 days. Rahal skipped his prom to compete in Houston and qualified sixth. His second place brought Newman/Haas/Lanigan Racing their first 1-2 finish since the 2005 Las Vegas race with teammate Bourdais earning the win from a second place start. He also competed in the 2006 Atlantics race where he started third and was in second place when he collided with Raphael Matos while attempting to take the lead with three laps to go and finished 15th… His best finish this season is second place in Long Beach and best start is 6th at Iowa… Rahal has 304 points. 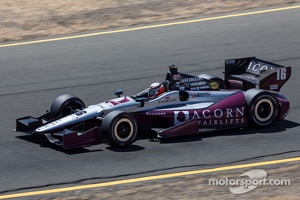 JAMES JAKES, No. 16 Acorn Stairlifts Dallara/Honda/Firestone: “It was a tough afternoon. We got up to fourth place but we struggled with the car all afternoon. We had to pit anyway and Bourdais kind of lunged so I gave him the room and we lost a couple of spots there then we had to pit. After that, later we made the call to pit because the caution came out and the guys weren’t ready. I don’t think it was there fault but we lost a lap and that was that. It’s frustrating but we will move on to Fontana.”

Qualifying for Race 2 was cancelled this morning due to standing water on the course so the field was set by Entrant Points and James started the race 20th. Once the race started, Jakes moved up as high as fourth but the timing of a stop under caution dropped him a lap down and he ultimately finished 17th. In 31 Indy car starts with Dale Coyne Racing from 2011-2012, his best finish was eighth at Toronto and series-best start of eighth was at Motegi… His best start to date this season is 2nd at Detroit Dual 2 and best finish is also 2nd in Detroit’s Dual 2 … Jakes has 285 points.

Andretti Autosport hits the streets of Houston for Race 2