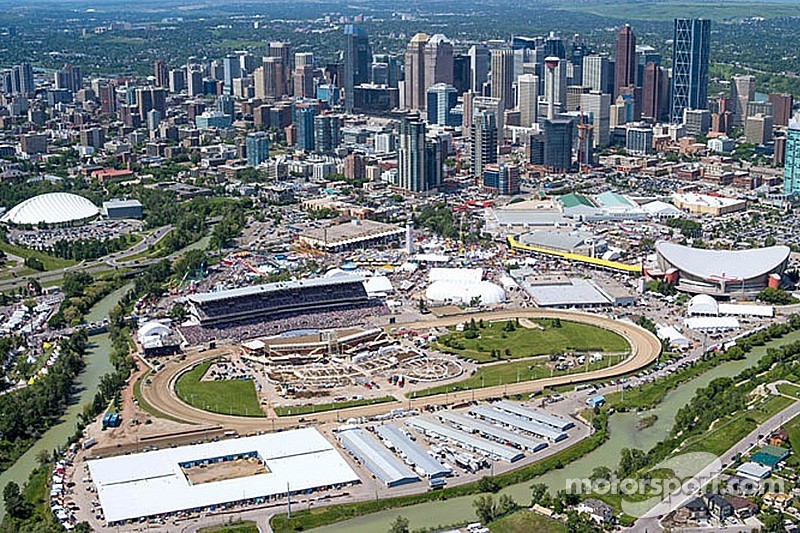 Motorsport.com has learned that Schmidt Peterson's James Hinchcliffe, along with team co-owner and Calgary businessman Ric Peterson are making a push to bring IndyCar back to western Canada.

It's known for its NHL team the Calgary Flames, its annual exhibition and rodeo The Calgary Stampede and playing head office for much of the Canadian oil industry.

But could Calgary, Canada be the next brand new event on the IndyCar calendar?

With the loss of the annual stop for American open-wheel cars in Vancouver in 2004, a staple of the series for 14 years, and the abrupt end to Edmonton's IndyCar event in 2012, Western Canada has been out of the professional and international racing loop for a few years.

Motorsport.com has learned that an appointment has been set up with the City of Calgary and Calgary Business owner Ric Peterson, co-owner of Schmidt Peterson Motorsports, concerning holding an IndyCar race in the Alberta city.

Canadian IndyCar winner James Hinchcliffe feels the same way Peterson does and says the fans alone are just one reason to have IndyCar back in Western Canada.

"When we had Vancouver, it was one of the best races on the calendar. Edmonton was popular at first, but with the political issues and the promoters there it kind of killed that one. Ric and I have talked a lot about a street race in Calgary. We all know the city is capable of running big events, they do it every year," Hinchcliffe said.

That event he is refering to is the Calgary Stampede Exhibition and Rodeo, a ten-day event that commonly sees crowds of 100,000 each day and features numerous concerts, midway rides a rodeo, chuckwagon race and evening stage performance and fireworks performance daily.

What would be different from Edmonton?

In the first year of the Edmonton event in 2005 (then a Champ Car World Series event), attendance numbers topped 200,000 for the 3-day-event with more than 78,000 people showing up to City Centre Airport on race day, on a bit of land with little to no spectator friendly attractions. Both Peterson and Hinchcliffe are confident Calgary can beat Edmonton's attendance records, but more importantly sustain great numbers as well.

"The main problem is having a location to run the race. We are meeting with the City of Calgary next week about the topic of holding a race here," said Peterson.

With the recent decision to halt a race track project called Rockyview Motorsport Park just to the north of the city, Calgary is without a purpose built racing facility. But Peterson says that is not a big concern because temporary street courses are quite popular on the IndyCar calendar.

"IndyCar is very much in favour of having a race in Calgary," Peterson said, adding that even the Calgary Stampede grounds could play host to the event, but that would be determined by the City, user groups and promoters.

Could it come as soon as next year?

"It would be awesome to see (a race in Calgary) in the 2016 season. Whether we can pull that off or not I am not sure. I don’t really see why not. That would be my hope, but even if we shot for 2017, that would be fine," Peterson said.

Hinchcliffe says bringing IndyCar to Calgary will be a great way to support motorsports locally and nationwide, and that the fan support and potential sponsorship environment could easily support a race.

"There were a lot of reasons why a street race in Calgary not only makes a lot of sense, but would be massively successful," said Hinchcliffe, adding that the oil industry and auto industry go hand in hand.

"(We) want to try and do what we can to try and push that agenda forward because I think it benefits Canadian motorsports, it benefits the City, and it benefits IndyCar as a whole because Canada has always been massively supportive of IndyCar racing. The fans there are second to none."

Penske has an advantage with fourth team, says Power