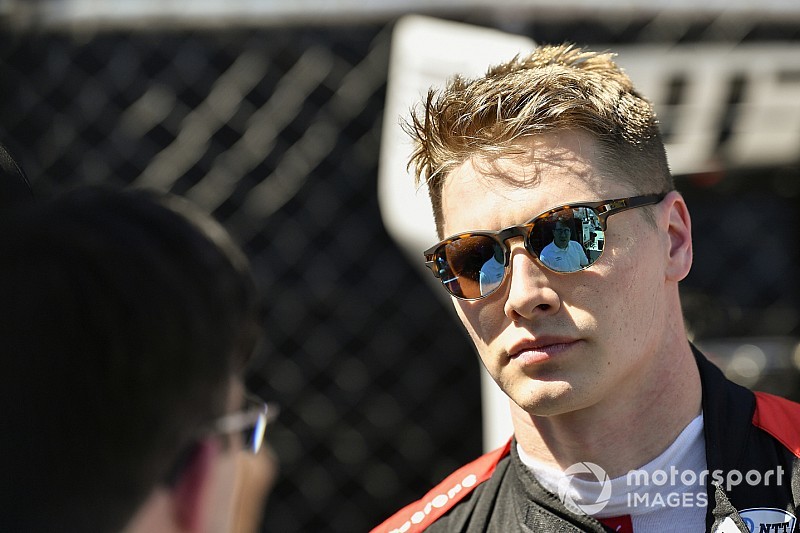 Team Penske-Chevrolet’s Josef Newgarden led his teammates Simon Pagenaud and Will Power in the only practice session prior to this afternoon’s qualifying runs for IndyCar's Iowa 300.

This year, IndyCars have their Borg-Warner twin turbos set at 1.5-bar boost – the same as on road and street courses – at the short ovals here in Iowa and also at Gateway next month.

Power was just 0.133mph adrift of Pagenaud and ahead of Andretti Autosport-Honda’s Alexander Rossi and Ryan Hunter-Reay who were split by Chip Ganassi Racing-Honda’s Scott Dixon.

Tony Kanaan was the surprise of the session, with seventh fastest time in the AJ Foyt Racing-Chevrolet ahead of Arrow Schmidt Peterson Motorsports-Honda’s James Hinchcliffe.

Felix Rosenqvist was top rookie in the second Ganassi machine, but was split from compatriot and second Arrow SPM driver Marcus Ericsson only by Zach Veach’s Andretti machine.

There were two lengthy caution periods for track inspections in an otherwise incident-free hour.

Indy Lights ace VeeKay to test for Carpenter next month