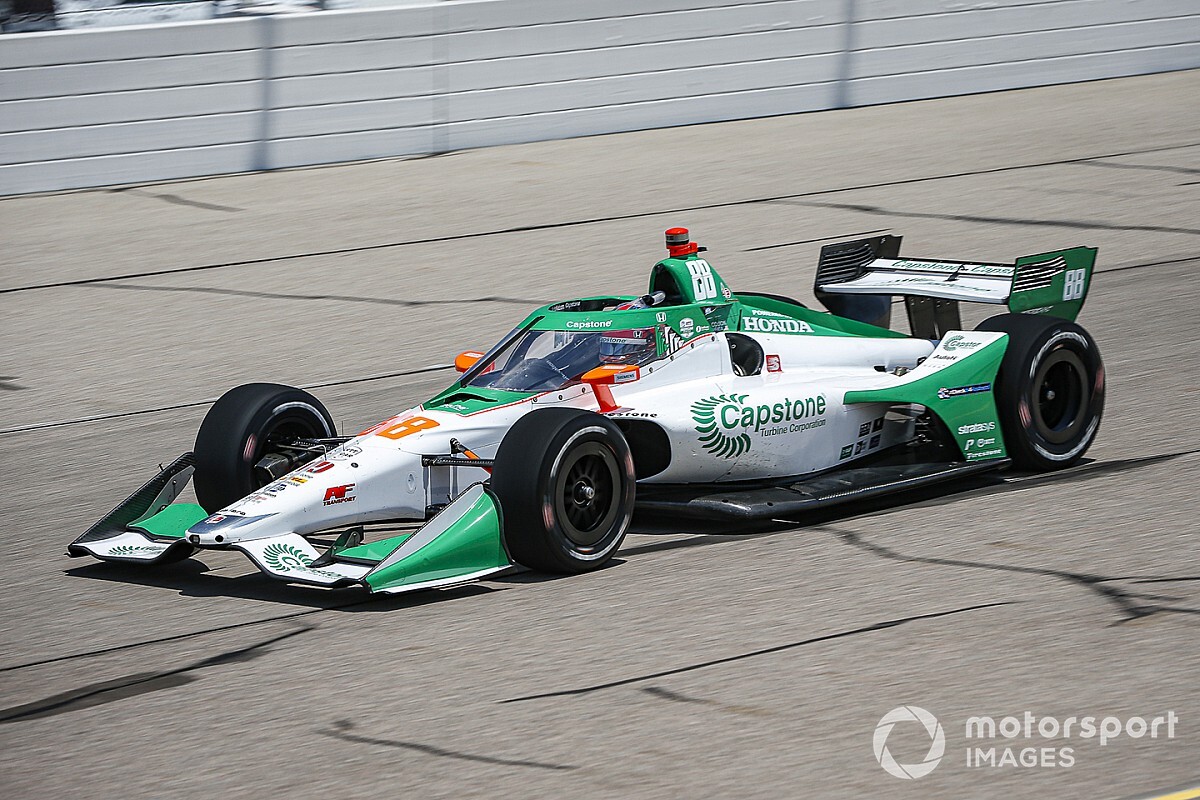 Andretti Autosport’s Colton Herta topped the first practice sessopm for IndyCar’s Iowa 250s at Iowa Speedway, which put him just 0.0548sec ahead of Conor Daly, in the Carlin-Chevrolet, with Penske's Will Power in third.

Herta, who lies second in the championship, lapped the 0.894-mile course in 18.713sec, an average speed of 171.990mph, on the 43rd of his 47 total laps. That usurped Daly who has switched to Carlin due to this being a non-Indy 500 oval, as his road course berth at Ed Carpenter Racing seat has been taken over by oval specialist team boss.

Most drivers squeezed in two laps on fresh tires to simulate their runs in qualifying which has a unique format for this weekend’s double-header. As usual on ovals, qualifying is a one-by-one affair, with each car running two consecutive flying laps. However, grid positions on this occasion will not depend on an average of these two laps. Instead, the first flying lap will set the grid for this evening’s race, and the second lap will set the grid for tomorrow evening’s race.

Will Power was fastest of the Team Penske-Chevrolet trio on 171.092mph, separated from his teammates Josef Newgarden and Simon Pagenaud by the Dale Coyne Racing with Vasser-Sullivan car of Santino Ferrucci.

Runaway points leader Scott Dixon was seventh, ahead of Rinus VeeKay in Carpenter’s #21 machine. That made the 2019 Indy Lights runner-up fastest of the rookies, who got an extra 30 minutes on track before the veterans came out for their hour-long session.

Tony Kanaan in the newly Bryant-liveried #14 AJ Foyt Racing-Chevy was a fine 10th fastest in his return to the series.