Injured Bourdais happy to not be part of "bullshit" Texas race

Sebastien Bourdais, currently recuperating from a broken pelvis after his 118G shunt in qualifying for the Indy 500, says he is frustrated by not enough people admitting that the racing at Texas Motor Speedway was too risky. 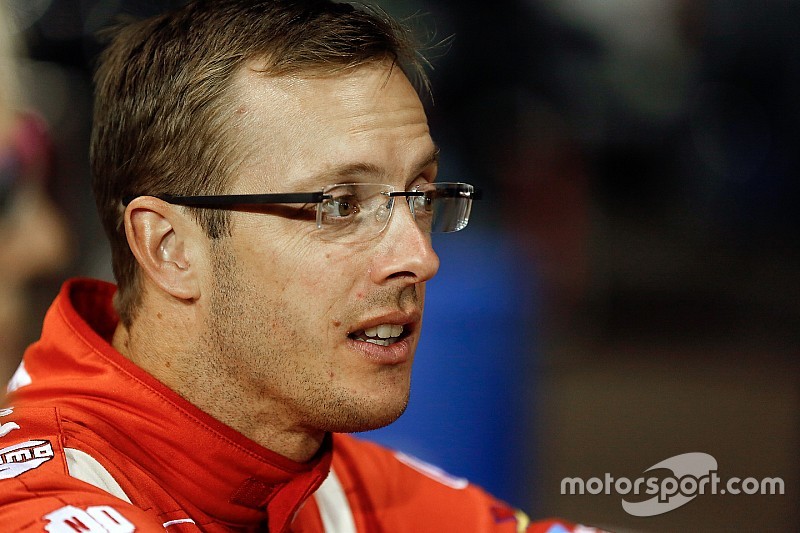 Several accidents and incidents decimated the field in last Saturday night’s RainGuard Water Sealer 600, largely as a result of there being very little separation between the cars on track, to where just six healthy cars finished the race on the lead lap.

Asked by Motorsport.com if he was sorry not to be in his #18 Dale Coyne Racing-Honda when substitute Tristan Vautier proved the entry was a genuine threat for victory at Texas Motor Speedway, Bourdais replied: “No. It was wrong, it was bullshit, and I think we should know better than that.

“Back in the days, particularly when Dan [Wheldon] died, we told ourselves that we would never do that style of racing again. And actually, as far as I’m concerned, Texas last weekend is not even the first time we’ve done it since then. We’ve done it at Fontana in 2015 and in a couple of other places.

“I keep hearing and reading comments that I feel in disbelief about; people saying, ‘This was awesome! This was such a great show!’ and I’m like, ‘Man, oh man, people are suffering short-memory syndrome, big time.’

“If we haven’t proved to ourselves that we can’t do stock car-style racing with open-wheel cars without putting drivers’ lives at risk to a massive amount, then clearly we haven’t learned anything and we’re just delusional. I’d just like people to tell it straight – ‘This was a big mistake, we’re just really glad that we made it through, and let’s never make this mistake again.’ But that’s not what I’m reading. I’m reading, ‘How great was that?!’

“It’s not all about the show. It’s about making sure that we can race, and race hard but don’t put the drivers and teams and series in a spot where we shouldn’t be. It’s all fun and games until somebody dies. And then what?

“As soon as that green flag dropped, I was holding my phone and shaking, praying that nobody would get hurt. That is not how these races should be.”

Acknowledging and identifying the problem

Bourdais, who is sixth in Indy car racing's all-time winner list with 36 victories, said: “I’ll give everyone the benefit of the doubt, all those ones who said ‘I didn’t think it would be that bad’, and so on. I get it, we all mistakes. But if no one after the race is honest with themselves about the way it was – that mistakes were made and that we were lucky to avoid getting someone hurt – then that means that we’re going to go and do the same thing again. And if someone then gets hurt, then shame on us.”

Bourdais said he wasn’t bothered how he would be perceived by some for speaking out louder than his rivals, even if many agreed with him.

“Oh yeah, I know I’ll be seen as the dick for saying all this,” he admitted, “but I’ll deal with that. That’s fine.

“If we have not yet learned our lessons from these types of races, then what is it going to take? How many times are we going to need to do that? How many millions of dollars do we need to throw away to finally understand that this type of racing is something we can’t do? I don’t know. I’m almost speechless when I read the comments – good or bad – that some of the drivers make which just miss the point.”

Bourdais insisted that his views were not a criticism of Texas Motor Speedway.

“No, absolutely not,” he said. “It’s got nothing to do with that track, and it’s not any track owners’ responsibility to define our racing for us. It’s down to us to bring the right package. And what happened on Saturday has got nothing to do with anything other than the aerokits have put us in a spot where we cannot run the appropriate amount of downforce to create separation.

“We need to run that little amount of downforce that we aren’t flat [on the throttle] all the way around, so we aren’t two-wide, six-deep for a whole lap, lap after lap. What I worry about is that I don’t see anyone acknowledging we’ve done wrong, so we can’t identify what we’ve done wrong and so we don’t identify how to fix it. If you’re in denial that there’s a problem then you’re not going to identify what the problem is, so then how do you find the solution? You don’t.”

Bourdais said he was highly encouraged by the arrival of the new aero package for 2018 – both in terms of its intention and also the fact that it would allow the series more chance to adapt the cars without manufacturer politics becoming involved.

“Yes, 2018 is the big chance to correct this; of course it is the big fix,” he said. “Unfortunately the technical windows were left too open in the creation of the aerokits that it created so much more downforce than the series anticipated and it’s only going to get fixed when they go away. Thankfully it’s next year.

“So at Texas, the big problem is that it did not matter what you did with the wings. There was so much downforce created by the rear bumper and all the stuff that you could throw on it, there was no fixing it. The only thing IndyCar could have said or done was say, ‘Screw whichever manufacturer thinks they are going to lose out, we’re not going to let you run anything on the bumper and take it out of the equation, and you can run -4 or -6 on the rear wing and be done. The problem we’ve had for these past three years is that it’s very difficult to have a set rule when you have two different sets of aerokits. No one is prepared to give up any advantage or put themselves at a perceived disadvantage.”

Asked how he believes IndyCar should move forward with its oval aero package for the 2018 car, Bourdais said: “Well, we need to say, OK, we made a mistake by underestimating what the race was going to be like, – and that’s ok, everybody makes mistakes – but next year when we go back with a common aerokit, let’s decide on a downforce level like we had in 2014 before the manufacturer aerokits. And maybe the racing doesn’t have cars going side by side for lap after lap, but we’re not putting everybody’s life at risk, by having everyone on top of each other.

“Well that will be completely fixable when we have a common aerokit. They can say, ‘This is the rear wing you’re going to run’, you can’t run more than 1600lbs of downforce and that’s not going to be pack racing. It’s not difficult to make those changes if everyone has the same kit.”

On the subject of whether the IndyCar Series listens to its drivers too much or not enough, Bourdais admitted: “Well, that’s why I don’t want to be too harsh on the series for making a mistake, because I feel that we as drivers don’t ever come to a consensus.

“We make recommendations, but half the field is pulling one way, half the field is pulling the other way, so it’s very difficult for the series to get a clear picture, and that’s why no matter how loud some of us can try to warn the series, the other half will say ‘Hey this isn’t gonna be a problem.’ Who is the series to believe or trust in that situation? That’s why they can only go from past experiences a lot of the time.

“There are always going to be drivers who want more downforce because it’s easier and it makes up for a lot, whether it’s a driver or car deficit.

“But anyway I hope the series won’t have to listen to the drivers and just extract the right conclusions from what happened at Texas. If they don’t that would not only be extremely frustrating but also plain, straight stupid. But I do believe they will.

“Texas will fix itself. It’s going to age, and then the groove is going to get wider and that will give drivers more options. What we saw in the race was drivers with too much downforce running two-wide, six-deep or three wide and everyone is bunched up, and then any time someone runs out of room or makes mistakes, he’s going to take a bunch of cars out. And that was waiting to happen the whole time because if you put drivers in desperate positions for long enough, they’re all going to lose their minds, they’re all going to try to make stuff happen that is not really feasible and it’s going to cost someone dearly.

“Thankfully no one paid the ultimate price, but let’s not keep dodging bullets for too long because at some point something bad will happen.”