IndyCars to qualify and race as tested at Phoenix 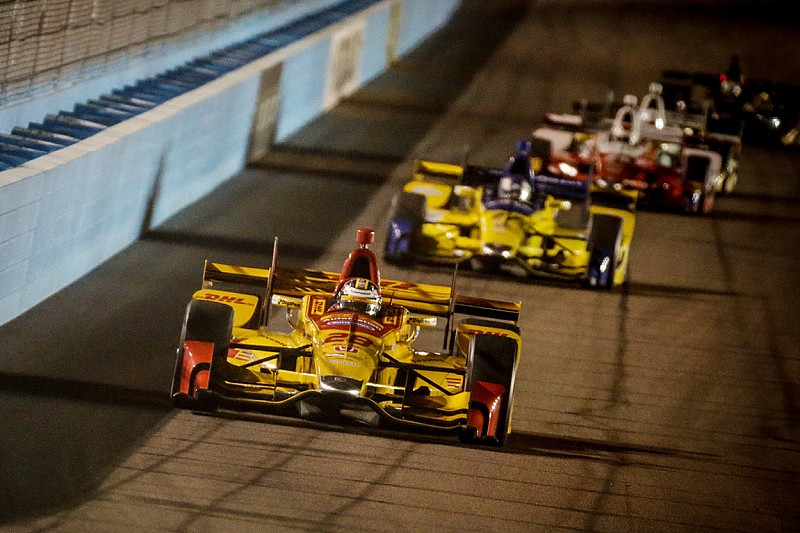 IndyCar’s recently appointed VP of competition and engineering confirmed to Motorsport.com that no consensus had been reached following meetings with Verizon IndyCar Series teams and manufacturers.

“We looked at possible alternatives, but there was no clear direction on what should be done at this stage,” said Pappas. “I canvassed opinions and certainly heard from both sides of the fence but there was no decisive thing that everyone said would make things better or worse.

“So the conclusion has to be to leave the spec as it stands and let’s see how things shake out. Speaking to drivers, they said ‘It’s going to be tough but we like it tough; leave it alone and let’s go race.’”

“So on Saturday night, I basically told everybody that there’s no consensus to go a different route and this is what we’ll come back with.”

Pappas said, however, that the results from testing are unlikely to be an accurate indicator of performance on race weekend, April 1-2.

“By the time we come back, the track will be completely different,” he observed. “You’ll have had a stock car race in the mean time and there will have been minimal laps with our cars. So I’d say it’s going to be an interesting evening.”

Dale Harrigle, Bridgestone America's chief engineer and manager of race tire development, told Motorsport.com that he agreed that the package should remain as it stands.

Switching to a softer tire, in conjunction with a massive reduction in downforce was suggested by some drivers as a way to improve racing, since drivers would need to manage their tires better. However, Harrigle said Firestone’s philosophy would not change.

He said: “We work closely with the IndyCar Series, with the manufacturers and with the teams to try to bring the best product we can to the race track and provide the tire IndyCar wants. But I don’t feel it’s on Firestone to dictate the quality of the racing.

“IndyCar need to come up with the aero spec – they’re the car experts – and we need to work with them to put the best tire we can on the track.”

Had IndyCar decided last Saturday night to go a more radical route on downforce levels, Harrigle explained that it would have been a moot point from Firestone’s perspective as they would have had to keep the tires used in the test.

“It’s certainly too late for us to do anything for the race in April,” he confirmed. “We’re using the Milwaukee compound from the last couple of years. And we used to run a very similar compound at Richmond, which [like Phoenix] had very high mid-corner loads and high lateral forces.

He went on: “I’ve spoken to both groups and suggested we see how the race goes this year and then perhaps have a different direction for 2017. With that mindset, we can definitely come up with a different tire for next year. Like I say, we have the ability to bring the tire that IndyCar wants; it’s up to IndyCar to define the kind of tire they want to see, and we’ll work to meet that definition.

“At the end of the day, the tire is ours, it has Firestone written on it so it’s our responsibility to bring a safe and consistent product. But we’re certainly going to listen to IndyCar if they tell us a direction they want to go.”