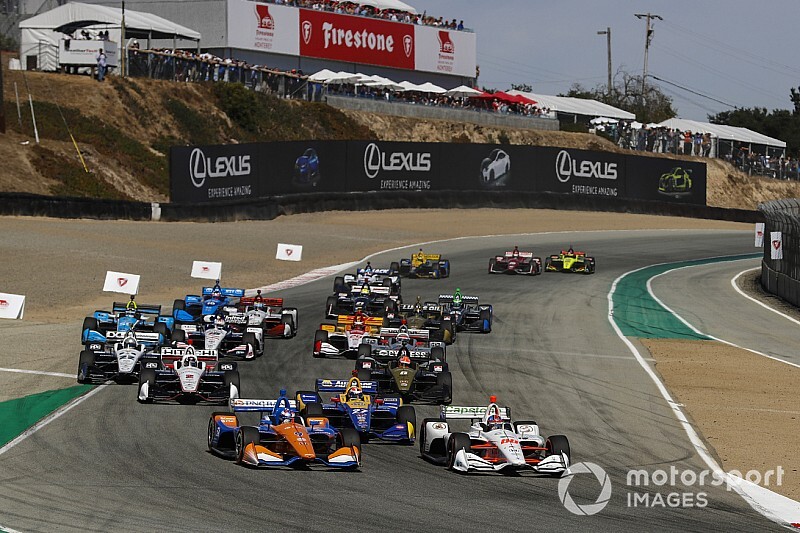 NBC Sports’ first year as exclusive media partner of IndyCar has resulted in a 9% viewership increase for the 2019 NTT IndyCar Series season vs. 2018, according to data from the Nielsen company and digital data from Adobe Analytics.

Ignoring the Iowa race which ran until well past midnight due to bad weather, the 16 other races in 2019 averaged a Total Audience Delivery (TAD) of 1.105 million viewers across NBC, NBCSN, NBCSports.com and the NBC Sports app, up 9% vs. 2018’s 1.011 million. Last year five races were network-broadcast on ABC, while eight were broadcast on NBC this year, with eight being televised on NBCSN compared with 11 in 2018.

The Nielsen ratings also revealed that NBC’s first-ever broadcast of the Indianapolis 500 reached 5.475 million viewers, up 11 percent compared with ABC’s TV-only figure of 4.913 million. Excluding the Indy 500, the seven remaining races broadcast on NBC averaged a TAD of 929,000 viewers, up 3% vs. ABC’s four non-Indy 500 races in 2018.

Outside of the Indy 500, the Road America round on NBC captured 1.108 million viewers, NBC Sports’ most-watched IndyCar race to date, while NBCSN’s most-watched race of 2019 season was at Pocono with 553,000 viewers.

Another eyecatching figure was the viewership of last weekend’s season finale, the Firestone Grand Prix of Monterey at WeatherTech Raceway Laguna Seca which averaged a TAD of 736,000 viewers, up 15% on the 2018 series finale at Sonoma, which admittedly aired on NBCSN.