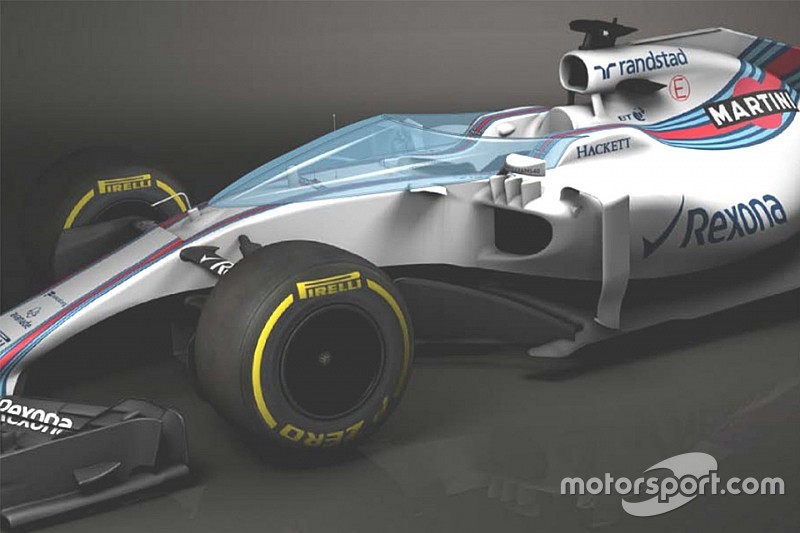 IndyCar’s president of competition and operations Jay Frye says that an aeroscreen very similar to Formula 1’s proposed Shield arrangement could be tested as early as September.

Next weekend will see the Shield tested by the Ferrari F1 team during practice for the British Grand Prix, and Frye says a similar device could be trialed in one of the 2018 IndyCar’s sign-off tests.

Those tests, which will see Juan Pablo Montoya driving the Chevrolet-powered car and Oriol Servia piloting the Honda-engined machine, will take place at the Indianapolis Motor Speedway on July 25-26, Mid-Ohio Sports Car Course on Aug. 1, Iowa Speedway on Aug. 28 and Sebring International Raceway on Sept. 26.

Frye told Motorsport.com: “If we do go the route of using a screen like Formula 1’s Shield, we’re probably looking to have it slightly more vertical – less raked back. And right now I’d say it was one of two applications we want to try, possibly in one of those four sign-off tests.

“We’ve been working on potential applications for more than a year now, and we’re particularly looking at a standard application that might work everywhere, because of how diverse our series is in terms of tracks. As I’ve told you before, the Halo wouldn’t work at a place like Texas because of the sightlines on banked ovals.”

“So we’ve examined several options on simulators but we’ve had to look carefully at the distortion issues with screens, particularly the amount of adjustment a driver might have to do if he looks over it then switches back to looking through it. You don’t want a depth perception difference, at 220mph or when you’re braking hard and trying to judge the closing distance on the car in front.

“Then we’ve also been looking at the deflection points and the aerodynamics – although as we’ve discussed before, with the air intakes moving to the side, we don’t have to worry about that now.

Frye said that IndyCar had been consulting with the armed forces to talk about the materials used in military applications such as the canopies of Lockheed-Martin F-16s, and also talking to NHRA teams. Don Schumacher Racing was the first NHRA squad to introduce fully enclosed cockpit ‘pods’ for its Top Fuel racers.

“Learning the ballistic resistant materials used in military applications has been very helpful,” Frye commented, “because the pilots are able to look through it and not get severe distortion, even though it’s all one piece with several curves. And yes, NHRA teams have offered advice too.

“What we’re still looking at is what happens in an accident like Scott Dixon’s or Sebastien Bourdais’ at Indy, what happens to the screen or Shield when the car’s full inverted? What I like about it is that a driver can still extract himself, because it doesn’t narrow the cockpit opening, but still, there is an effect from everything, so what happens to the device – does it flex, does it break, how does it detach?

“But apart from that, and providing the test with it goes well, then I’m pretty confident it could work well, because I think the optic side of it is something we’ve gotten worked out. With the way the screen wraps around the side, hopefully the driver will always be looking through the screen and not over it.”

Regarding the potential for oil smears or stone-caused pitting in the screen, Frye is expecting the screens to carry tear-offs, like a helmet-visor or a stock-car windshield.