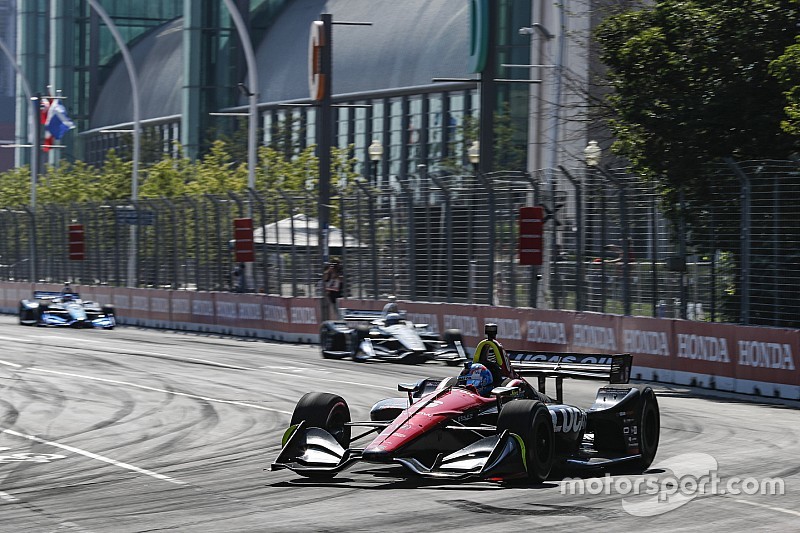 IndyCar will bring in new guidelines that will determine whether a driver is eligible to race in the series in its own version of Formula 1's superlicence requirements.

It is understood that IndyCar's resurgence – attracting four teams for the current season – was part of the reason to install the guidelines, which have been shown to Motorsport.com.

The other reason is to help boost its feeder categories, with IndyCar outlining plans to reduce costs in the feeder Indy Lights series a day after Mazda ended its Road to Indy involvement during a Lights season that has had a grid size fluctuate around seven entries.

Under the new guidelines, drivers who have actively competed in F1 and the NASCAR Cup Series will be automatically eligible for an IndyCar drive.

Indy Lights competitors will be eligible as long as they have competed in one full-season and finishing in the top three of the championship.

Drivers from outside those three categories will be evaluated via their competitive record in global motorsport series – with a minimum of 30 points required over a two-year period.

Reportedly, ex-Mercedes DTM driver Robert Wickens, Formula 2 convert Jordan King and journeyman single-seater driver Rene Binder would have required dispensation to earn a license if the system had been implemented ahead of 2017.

F2 driver Santino Ferrucci, who is said to be looking into an IndyCar switch, is believed to also require dispensation to race in the series.

IndyCar will also implement a testing licence, which will be gained once a driver has competed in eight Indy Lights events unless they have scored two wins in the current season before that benchmark.

The third tier Pro Mazda series can only have an eligible driver for IndyCar testing after he or she has recorded three victories.

IndyCar has also outlined its plans to boost Indy Lights participation by reducing the overall budgets, increasing prize money and expanding IndyCar testing, with savings estimated to be $100,000.

The Indy Light champion's scholarship will increase to $1.1 million for a three-race IndyCar season that includes the Indianapolis 500.

Celis to get second IndyCar outing at Portland