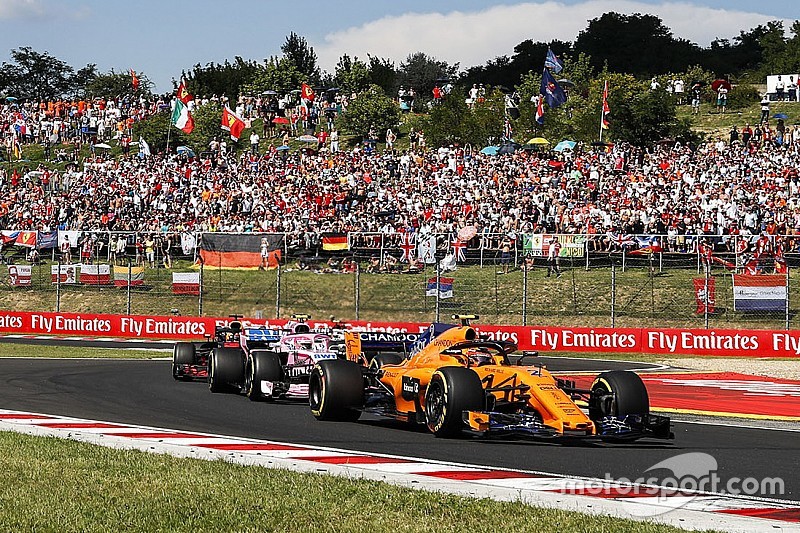 Fernando Alonso is not the only former or current Formula 1 driver being considered by IndyCar team owners seeking to bolster their line-ups for 2019.

Stoffel Vandoorne, Esteban Ocon and Pascal Wehrlein are all on the shortlists of various team owners as they cast around for options.

Vandoorne is in his second year racing for McLaren in Formula 1, but was informed last month that he’s to be replaced by rookie Lando Norris. The Belgian ace, who won the 2015 GP2 title, appears to have no options available to him in F1 for next year, and has had initial talks with Dale Coyne.

“We've talked to him, although I don't know where it will lead, if anywhere,” Coyne told Motorsport.com. “But I'd say he's cautiously interested.”

Asked if the discussions have been for the whole IndyCar season or just the road and street courses, Coyne replied: "The whole season, yeah."

On the subject of whether Robert Wickens' huge Pocono accident had affected how Europeans perceived the dangers of IndyCar, Coyne replied: "It's affected all of us, hasn't it? I mean, people understand about laying it all on the line for the Indy 500 and everything that comes with it. But racing in front of 12,000 people at 220mph at some of these other tracks, it's fair to ask what we're doing, why we're doing it."

Coyne admitted he is also very interested in current Force India ace Esteban Ocon, who currently lies 11th in the F1 points table, but appears to have no attractive options in F1 next year. The 22-year-old Frenchman won the 2014 European Formula 3 and 2015 GP3 championships.

However, Ocon remains under contract to Mercedes-Benz which may cause complications, whereas former Manor and Sauber Formula 1 racer Wehrlein recently ended his association with the German manufacturer. Coyne is planning to approach both soon, while Sebastien Bourdais, who he runs in association with Jimmy Vasser and James Sullivan, is expected to stay onboard.

Despite his interest in these European drivers, Coyne said his talks with both Pietro Fittipaldi and Santino Ferrucci are continuing, although he now says that DCR is “almost certain to run only two cars” next year, aside from at the Indy 500. He added also that he will be trying to avoid switching between different drivers as Bourdais’ teammate.

In 2018, Coyne’s #19 car was shared by Indy Lights graduate Zachary Claman De Melo and Fittipaldi. Despite his injuries in a WEC race at Spa in May, Fittipaldi took part in six races with Coyne and has ditched his remaining WEC and Super Formula commitments in order to give his legs a better chance to heal.

Ferrucci subbed for Fittipaldi in Detroit’s double-header and then raced a third Coyne car at both Portland and Sonoma.

Sam Schmidt is another team owner who has told Motorsport.com he is interested in Vandoorne, Ocon and Wehrlein, as he seeks to fill the #6 Schmidt Peterson Motorsports-Honda seat for next year while Wickens is still rehabilitating.

However, as of Friday morning, Schmidt says he has not yet been in direct contact with that European trio and has only just started the process of sifting through potential 2019 partners for James Hinchcliffe.

Another IndyCar team with strong European connections is Carlin Racing, and team owner Trevor Carlin informed Motorsport.com that he is hoping to add a third car for 2019, the team's second year at this level.