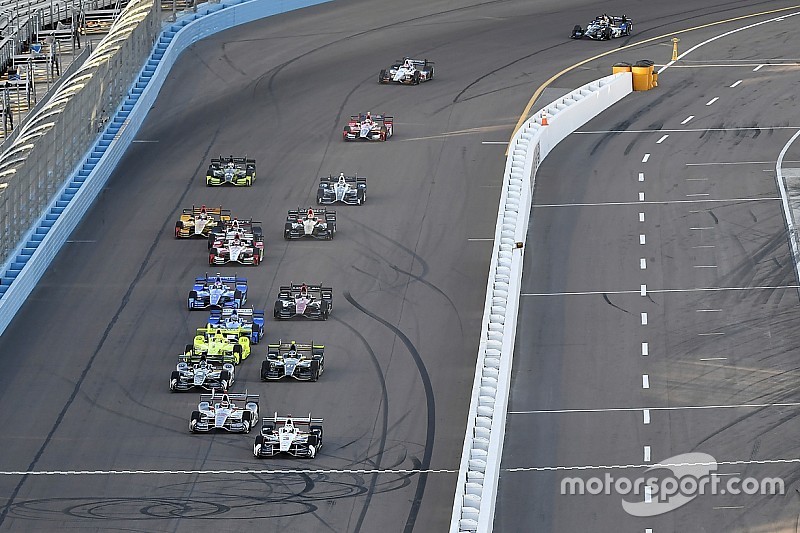 After changing its push-to-pass boost rules for 2017 –  drivers now get a time allowance instead of a number of uses – IndyCar is considering introducing the extra boost for ovals, starting next season.

On road and street courses, the Chevrolet and Honda 2.2-liter V6 engines run 1.5-bar turbo boost as standard, but have an extra “push-to-pass” boost of 1.65-bar, increasing output by around 60hp. The races at St Petersburg, Detroit and Sonoma have a total overtake boost allotment of 150 seconds for each race, with the other road and street races set for 200 seconds.

However, Jay Frye, president of competition and operations, has told Motorsport.com that adding extra boost for oval races is under serious consideration.

“First, I would anticipate continuing with our current push-to-pass setup for road and street tracks,” he said. “Having a driver being able to disengage the boost if he’s backing out of a passing attempt – that’s just been a popular move because it puts it more in the drivers’ hands, and means he doesn’t waste boost if he choose to abandon a pass.

“But the other part to that is adding push-to-pass boost for ovals. We tested a little bit last year, but the issue was how abruptly it shuts off. That’s a problem if you’re on the edge of handling balance as you’re steering into a turn!

“So we’re still working on it. There’s been push-to-pass for ovals in the past, but it wasn’t much of a boost and it wasn’t turbocharged. So now it would be a different thought process for the drivers as to when they use it, and we’d need a different procedure for how it disengages.

“But we’ll keep looking at it. The manufacturers are happy with the idea and it could really boost the racing on the short ovals.”

Alonso says “why not?” to fulltime IndyCar switch