The NTT IndyCar Series stewards have explained why they penalized Alexander Rossi during Race 1 of the Harvest Grand Prix on the Indianapolis Motor Speedway road course.

On Lap 44, Race Control issued a “yield position” penalty to Rossi after he passed Scott Dixon’s Chip Ganassi Racing-Honda around the outside of the right-hander onto the back straight on Lap 43. In doing so, he dropped two wheels onto the run-off area to complete the pass, which is against the rules (see diagram below).

The Andretti Autosport-Honda driver, who went on to finish second, was left annoyed by the penalty as he believed that by also having to drop behind backmarkers, he lost an opportunity to at least tackle Team Penske’s Josef Newgarden for the win.

However, the stewards contacted Motorsport.com, stating: “Alex needs to read the rule book and pay attention at the pre-race drivers meeting… He went out of bounds to gain the position. That’s the point of the penalty. If he goes out there by himself, nothing likely happens.

“Then the team argued it’s only a penalty when four wheels go over. By arguing, they gave up valuable time to serve the penalty.

“The picture explains the rule and this was part of the drivers’ meeting presentation which is sent to team managers prior to weekend.

“That part to the left of the line is not considered race track because it is bumpy and not properly surfaced. The line ends at the curb where, if a driver was on the left of line, he’d be launched by the curb.

“We issued a penalty to Simon Pagenaud earlier for passing there and we did the same to Sage Karam in the GP of Indianapolis in July.” 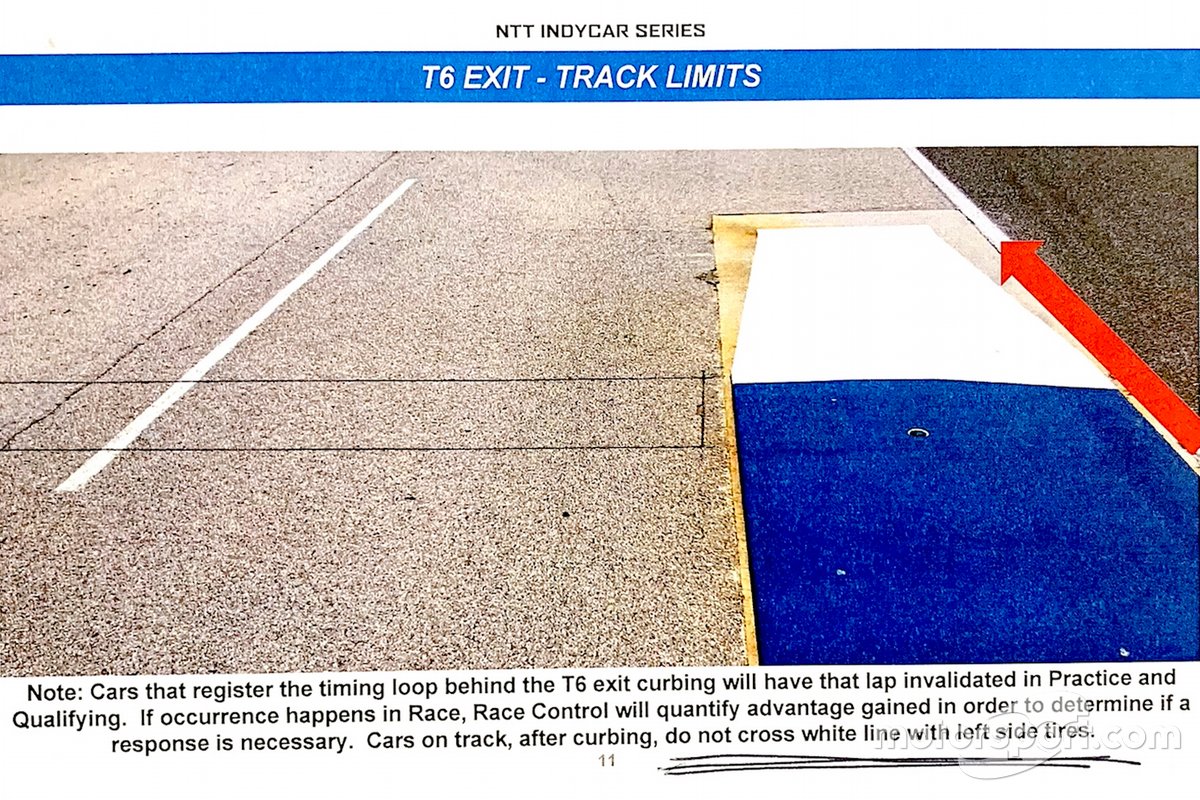 Penske reveals next steps in ‘Race for Equality & Change’