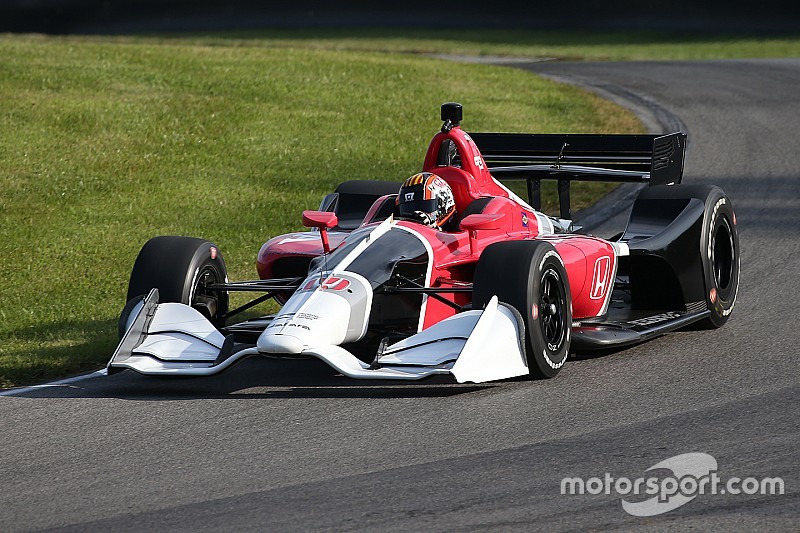 The road course version of next year's IndyCar universal body kit has hit the track for the first time in testing at Mid-Ohio.

Following the debut of the 2018 superspeedway kit in testing last week at Indianapolis Motor Speedway, series veterans Juan Pablo Montoya and Oriol Servia were again on hand on Tuesday to give the road course variant its first run.

Montoya drove the Chevrolet-powered, Penske-run car, while Servia was behind the wheel of Schmidt Peterson Motorsports' Honda-powered version.

The kit being trialled at Mid-Ohio will be used on short ovals and street tracks as well as road courses, with further tests set to take place at Iowa Speedway on August 10 and Sebring on September 26.

With the new aero package, next year's car will be lighter than the current machinery, and a total of 66 percent of the downforce will be generated from underneath the car, an increase of 19 percent.

It is hoped that the reduction in the complexity of the top surface aerodynamic parts will reduce turbulence and make it easier for cars to follow one another and overtake.

In addition, IndyCar organisers are hoping the new aero package will reduce costs and entice new teams to join the championship, while also delivering improved safety.

Bourdais back on track after Indy shunt recovery