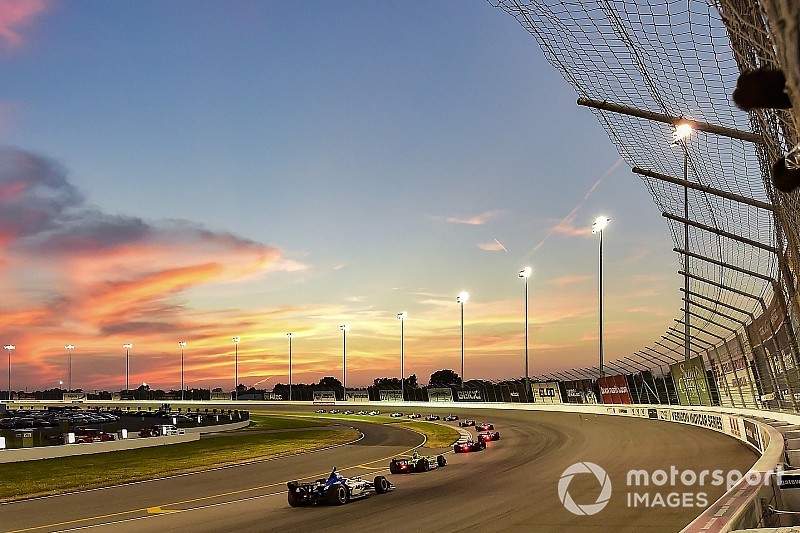 Both of the new tracks on the 2019 IndyCar calendar, Circuit of The Americas and WeatherTech Raceway Laguna Seca, will host IndyCar open tests next year.

Circuit of The Americas in Austin, TX, which hosts the second race of the season on March 24, will also be the venue for Spring Training, a two-day open test for all teams and drivers on Feb. 12-13, four weeks before the season-opener at St. Petersburg.

Another open test will be held on the Indianapolis Motor Speedway oval on April 24, some two weeks ahead of opening practice for the Indy Grand Prix on the IMS road course.

WeatherTech Raceway Laguna Seca, which replaces Sonoma Raceway as the season finale on Sept. 22, will have a test day on the Thursday beforehand, effectively turning the event into a four-day weekend.

As far as private tests are concerned, that period runs from Oct. 1, 2018 through Sept. 11, 2019, with blackout periods around Thanksgiving and Christmas and within seven days of all race weekends except prior to the St. Petersburg opener. Each team is permitted three preseason test days that must be completed by March 4, 2019.

Finally, Chevrolet and Honda each receive one manufacturer test day at any approved track other than COTA, Laguna Seca and the IMS oval.