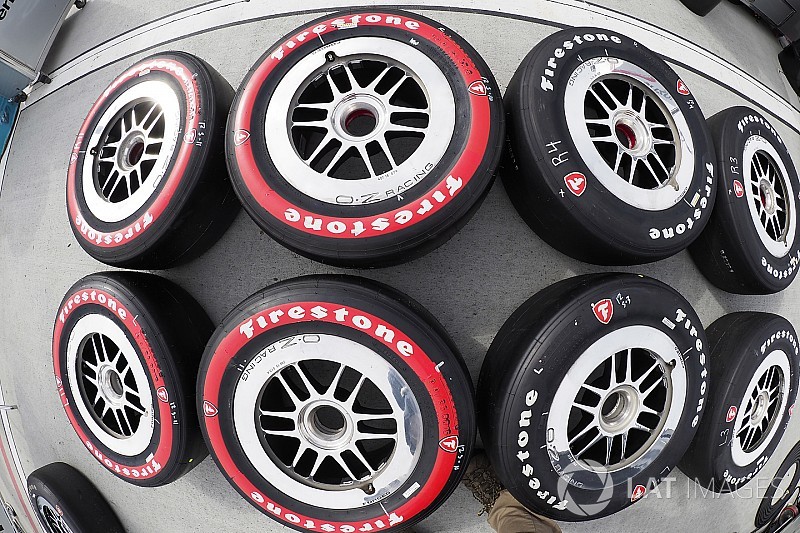 Although IndyCar’s president of competition Jay Frye is not expecting “radical revisions” to 2018 tire and practice session regulations, he says fine-tuning the product will be under discussion when he meets with Firestone later this month.

In 2017 practice sessions were reduced from one hour to 45 minutes, to help encourage track action for the fans, after several seasons where the opening 20 minutes of practice would see front runners sit in pitlane until the backmarkers had put some rubber down on track.

In addition, IndyCar this year allowed teams to try out a set of red-sidewalled [softer compound] Firestones in second practice, Friday afternoon, to get a heads-up on qualifying setups for Saturday afternoon. This too, encouraged cars to take to the track.

Both regs will continue, says Frye, but he believes more can be done.

“We’ll be fine-tuning based on this past season, but don’t expect a lot of radical revisions,” he said. “For example, we’re still going to allow teams to use reds in second practice, but we’re going to look at other aspects, like, are we giving the teams enough tires? You want teams to have the correct quantities to be able to run.

“In theory a 75-minute practice would give fans a longer period in which to see the IndyCars on track, but if the teams only have X amount of tires, then you’re going to get long stretches where no one is on the track. That doesn’t make sense.

“So 45 minutes and enough tires, then they’ll go – they have to, because the window is limited.”

Many of the best drivers have long suggested that Firestone should aim for a bigger gap between the pace/behavior of the reds and the blacks [harder primary compound] and Frye said this would be another topic to be discussed in his meeting with the Nashville, TN-based company.

“That’s something definitely on the table,” he said. “Until we have the meeting, I’m not sure what is and isn’t possible, but let’s say Firestone have been a huge help in terms of testing the new aerokit and we’ve all learned a lot.

“So now we have our data, they have their data, we’ll be able go through all of that to come up with a plan of what the new car needs compared with the ’17 car.”

Frye also alluded to shifting the race weekend schedules for the sake of clarity and also to help promoters.

“We’re going through all the schedules right now,” he said. “I think we were better this year than in the past in terms of standardizing our schedules, but we want to take that to the next level in terms of garage hours being the same, practice times the same, qualifying times, and so on, at least to the extent that it’s practical.

“Now we’re starting to get date equity, we can take our actual event timetables and make them similarly consistent, and that’s good for the spectators, good for the promoters and good for the teams.”