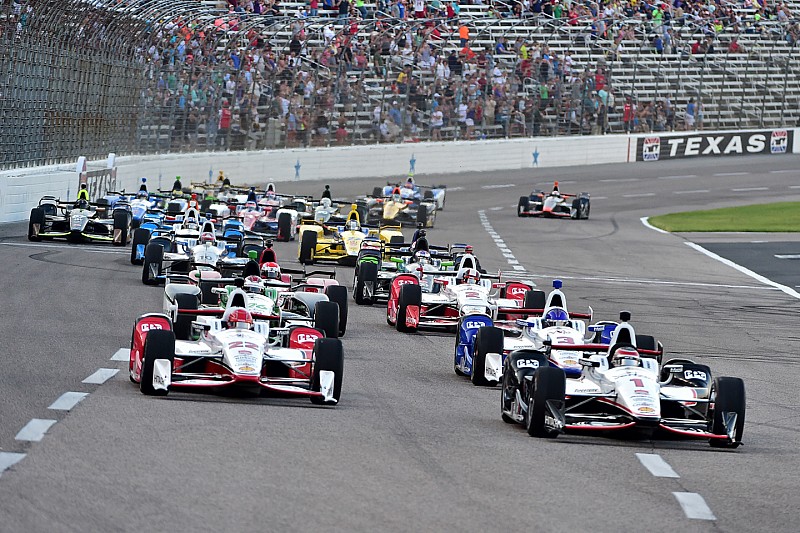 INDYCAR released a rash of penalties stemming from infractions in the Firestone 600 at Texas Motor Speedway on June 6.

Stefano Coletti took a hit for the second event in as many races. According to the INDYCAR release, the KV Racing Technology driver was “fined $5,000 and placed on a two-race probation for violating Rules 7.10.1.1 (Pit Safety Violation, improper lane usage) and 7.9.12 (Pit Procedures, pit speed violation at pit in) of the Verizon IndyCar Series rulebook. The two-race probation is in addition to the three-race probation Coletti was assessed following the Chevrolet Dual in Detroit on May 30-31.”

Tristan Vautier was fined $1,000 for violating Rule 7.10.1.8, a pit safety violation. The Dale Coyne driver made “contact with equipment causing contact with personnel.”

Both Chevrolet and Honda were busted for “engines that did not attain their (2,500-mile) life cycle” — Rule 10.6.4.3. The engines in the Nos. 20 and 67 CFH Racing teams failed to meet the requirements which resulted in a 40-point penalty for Chevrolet. Honda received a 20-point penalty after the No. 14 A.J. Foyt Enterprises team “did not reach their life cycle minimum before being changed out.” The manufacturer points for Chevrolet and Honda dropped to 865 and 820 points, respectively, following the deductions.

Looking back at Detroit

James Jakes with a $500 fine for violating Rule 1.2.7.1.2 (Personal Safety Equipment). The Schmidt Peterson Motorsports driver lifted his visor during a fuel stop in the first Chevrolet Dual on May 30.

The release added, “Members may contest the imposition of penalties pursuant to the procedures and timelines detailed in the review and appeal procedures of the Verizon IndyCar Series rulebook.”

Daly back in for injured Hinchcliffe