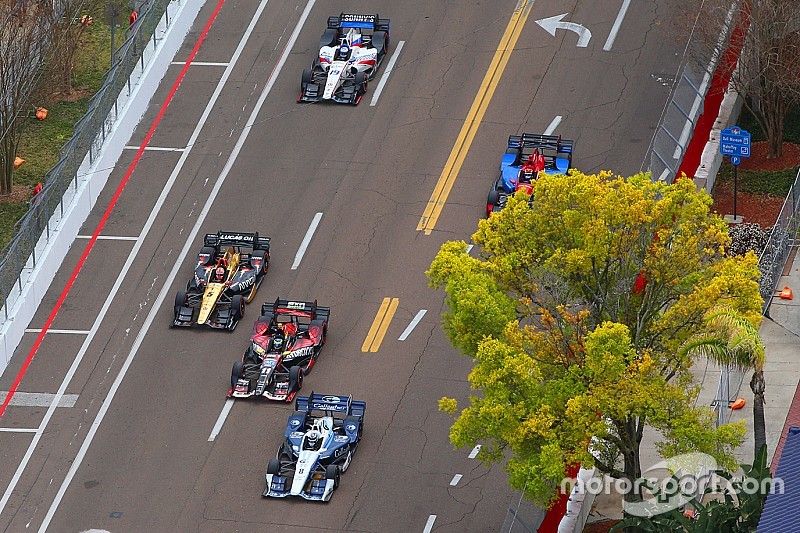 Plans for the inaugural Grand Prix of Boston have been trashed.

The race was set to be held on Labor Day weekend and serve as the 15th and penultimate race in the 2016 IndyCar season.

“An event of this magnitude requires considerable city and state support and though we did overcome significant obstacles and demands that have been presented to us, the most recent demands regarding the flood zone issues and requirements of additional expenditure on the line of credit with no guarantees of overcoming those issues have left us no options but to cancel the race in Boston and look at other options,” said John Casey, CEO and President of the Grand Prix of Boston.

“At this juncture the demands that have been asked of us make this event in Boston economically unviable and despite robust corporate partnerships and excellent tickets sales, if we have no guarantee of MEPA approval then time was of the essence to make this difficult decision.  It is very disappointing for everyone who has worked so hard on the event and all of our corporate partners and fans who have supported the Grand Prix of Boston.  We have had a team of over 50 people, as well as the city and state agency personnel who have been working tirelessly to find successful and viable solutions and unfortunately we are at an impasse.  We are exploring all options and will have further information available in the coming days.”

"INDYCAR was made aware of the news involving the Grand Prix of Boston this evening," a release from the series read. "We are obviously disappointed with these media reports and are in the process of gathering additional details and will respond accordingly at the appropriate time. At this stage it is premature for INDYCAR to comment further on the situation locally in Boston or the prospect of an alternate event."

Statement from anti-GP of Boston group

Larry Bishoff, the co-chairman for the Coalition Against IndyCar in Boston, also issued a statement.

“We’re grateful that the public process finally worked, that the people of Boston will be spared the damage and destruction of our streets and that the people in South Boston and the Seaport will be able to live their lives without the disruption this race portended.

"From the beginning, this was the wrong place and time for this event.”

The series is now focussed on finding an alternate location in the North-Eastern United States to hold a street race on Labor Day weekend.

Unfortunately, the cancellation of a scheduled event is not unprecedented in IndyCar with a recent situation of note being the 2015 season opener in Brasilia, Brazil.

De Ferran on why Pagenaud is in his prime

IndyCar should use spec aerokit to improve racing, says Power