Foyt: Kanaan and Cowdin can “take us to the next level” 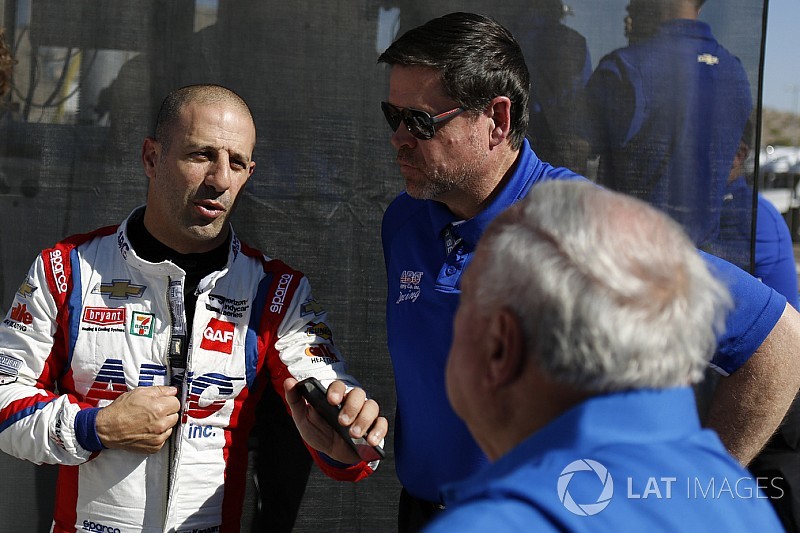 Larry Foyt, president of AJ Foyt Racing, believes the arrival from Ganassi of IndyCar veteran Tony Kanaan and race engineer Eric Cowdin can lift the team’s performances – but warned not to read too much into the team’s encouraging testing form.

Last fall, Foyt and his legendary father AJ who owns the team, ditched both their drivers for a second straight year, replacing Carlos Munoz and Conor Daly with 2004 IndyCar champion and 2013 Indy 500 winner Tony Kanaan, and rookie Matheus Leist.

While Mike Colliver was retained as Leist’s race engineer, Kanaan arrived from Chip Ganassi Racing with Eric Cowdin who will this year serve as Foyt’s technical director and race engineer for Kanaan’s #14 car. This pair worked together at Andretti Autosport (then called Andretti Green Racing) and KVSH Racing, as well as Ganassi.

Said Larry Foyt: “Probably the most important relationship in a race team is the driver/engineer relationship. Having Tony Kanaan and Eric Cowdin together is like bringing a long- and happily married couple to the group. That relationship, already being familiar and successful, certainly has helped speed our progress.”

Regarding the changes within the team, Foyt added: “I don’t feel like it was a complete overhaul. The driver/engineer combos are new, but they are plugged into something we have been building over the last few years. I think what we have been building has allowed us to attract a Kanaan/Cowdin pairing, and I think they will help take us to the next level.

“Tony is in a great situation wherein a team is being built around him with some familiar faces who believe in him. We all have the same goals, and nothing is a wholesale change from the way we operated in the past. It’s basically us believing in Tony and his leadership to get the best from him, and Tony pushing us to be the best team we can be.”

Last month, Leist, who scored three wins and finished fourth in the Indy Lights championship last year, finished the 12-car test at Sonoma Raceway in sixth, 0.9sec off pacesetter Josef Newgarden of Penske. Later that week in the full-field Open Test at Phoenix’s ISM Raceway, Kanaan was third fastest behind only Takuma Sato (Rahal Letterman Lanigan) and Will Power (Penske).

However, Foyt admitted that he and the team were avoiding getting overenthusiastic about this improvement in performance after two desultory seasons in which the squad’s best results were three fifth-place finishes.

He said: “It is encouraging, but at the same time, it’s only testing. Race weekends are such a different animal with changing track conditions and everyone giving 100 percent. How you adapt as a team to the circumstances can make all the difference.

“The IndyCar field is so close and competitive, that matching the car balance to the conditions can determine whether you are fighting for the Firestone Fast Six or starting mid-pack to worse.”

Comparing this off-season to the winter of 2016/17 – when the team was replacing Takuma Sato and Jack Hawksworth with Munoz and Daly, and was also switching from Honda to Chevrolet and therefore learning a new manufacturer aerokit – Foyt said getting the latest deals done early was vital.

“Going into last season, we were learning a new engine, as well as new drivers and new engineers,” he said. “It’s great to be entering our second year with Chevrolet. Having the understanding of how each other works, and all the players involved, puts us in a much nicer place compared to the beginning of last season.

“True, we do have two new drivers this year… but it was important for us to have our plans done early. Last year, our program came together too late and we started the season on the back foot. For this season we were able to get everything buttoned up soon after the final race of ’17. This enabled us to implement an aggressive winter testing program, and be on track with Tony before the New Year came.”