Mark Miles says the IndyCar calendar could see at least one addition to its lineup of North American venues in 2018, with another possibly coming the following year, in Mexico. 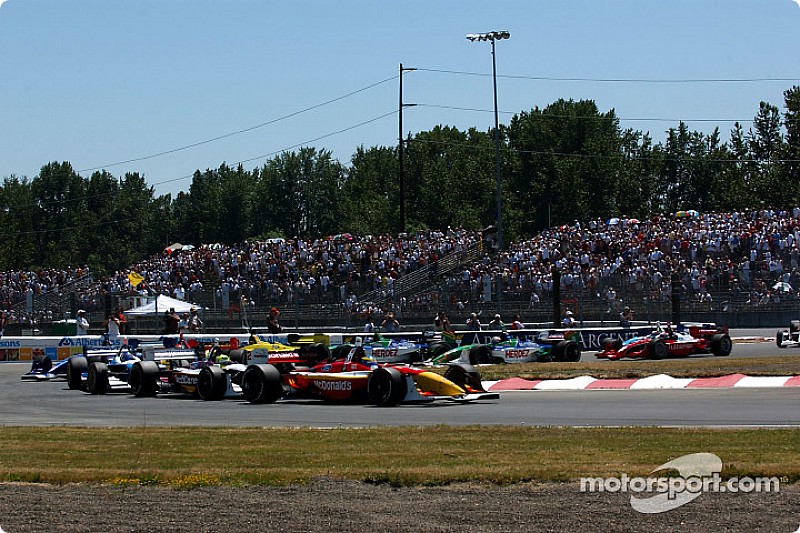 The CEO of Hulman & Company, IndyCar’s parent company, told Motorsport.com that while he was happy with the 17-race calendar for 2017, there were two or three venues on IndyCar’s radar for potential expansion in the medium-term.

He said: “The northwestern part of North America is interesting to us, and I don’t want to name the two most likely venues, but they’re both working on it. There’s more than one city that is interested in seeing what they can pull together, and they weren’t quite ready to be considered for the 2017 calendar but they’re hoping to be ready for ’18.

“We’re not hell-bent on an additional event, but if there was a great opportunity then early August is plausible from our perspective, as would be the spring, post-St. Pete.”

While Miles would not name the venues, Motorsport.com can confirm that the two prospective candidates in the northwest of the continent are a new street venue in Calgary, reported here last December, and Portland International Raceway in Oregon. The 1.967-mile road course last held a major open-wheel race in June 2007, in the final year of the Champ Car World Series.

Miles continued: “Otherwise, in terms of the 2018 calendar, I think you’ll see it emerge even earlier in the year than the 2017 one did this year, and it will look very similar. We’re talking with Phoenix to discuss what will work best for them in roughly the same timeframe as they have now. It’s just that their race got moved from the start of April this year to the end of April for 2017, because Phoenix will be hosting the [NCAA college basketball] Final Four.

“So we’ll discuss with the promoter whether they wish to stay where they are in the ’17 schedule or go back to where they were in ’16. But otherwise our 2017 tracks are all highly likely to be back."

Mexican venue on the cards

Despite speculation last year that the Verizon IndyCar Series might eventually race at the Autódromo Hermanos Rodríguez, possibly as a spring event, those talks are on hold, according to Miles.

He stated: “There is no ongoing dialogue about Mexico City. There are other conversations about a Mexican venue but I don’t think they will be viable as early as 2018.”

Again Miles was unwilling to name the venue, but Motorsport.com has learned he was referring to the Puebla facility, 100 miles southeast of the Mexico City track. Although it has a 2.1-mile roadcourse layout, IndyCar is understood to be eyeing its 1.25-mile, flat, paper-clip oval, as a potential venue. However, SAFER barriers would need to be installed, and extensive resurfacing may also be required.

Miles said that although Latin America remains a significant market for IndyCar, a return to Brazil was not yet viable, commenting: “I think the fanbase in Brazil is there and strong, but we haven’t spent any time thinking about that recently, because we don’t believe the domestic economic situation there is ready.”

Track-type quota not a consideration

Miles stressed that there was no urgency to expanding the IndyCar calendar, and said he felt no obligation to maintain the series’ balance between road, street and oval tracks.

“As I said earlier, we have 17 races next year – and it’s not like we’re desperate to get to 18. We don’t feel we have a hole in our schedule that we need to fill, so we’re not going to leap into a situation that doesn’t make sense, just so we have 18 races.

“Next year we’ll have six road courses, six ovals and five street courses, and it’s great that the calendar is so balanced, but I’m not looking at the schedule in terms of quotas, whereby we have to make the next new venue a y-type just because the previous one was x-type.

“And I’d say 18 is where we want to get to for North America. Then there continues to be interest in two or three races in the southern hemisphere.

“But these events come together when they come together – it’s not like we’re giving people deadlines. We’re happy to work with anyone who is serious and can bring a potentially great event to the table.

“It would be terrific to start our season in Australia, for example. And so if all the elements could be put together, that would be something we’d take a very hard look at. We are willing and able to try and help develop with international organizers and promoters, same as at any of our domestic events.”

Last roll of the dice for Servia