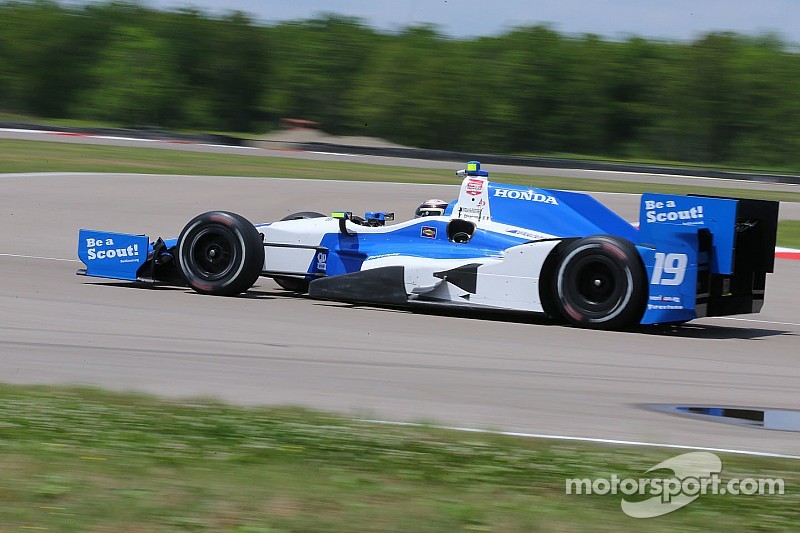 A video has surfaced of the collision.

Dale Coyne Racing crew member Todd Phillips required six stitches in his lower right leg after being struck and thrown into the air by a spinning Francesco Dracone.

The incident took place under caution and during the rain-marred race at NOLA. On a wet track, Dracone spun on pit road, hitting Phillips with the left rear fender and wing.

The race was halted by cautions as drivers struggled to handle the treacherous conditions. Dracone himself tweeted that Formula One would not have raced, if put in the same situation. Sebastien Bourdais, taken out in a race-ending crash, told Motorsport.com that the field of drivers 'looked like a bunch of monkeys out there.'

RLLR to run Servia in Indianapolis 500