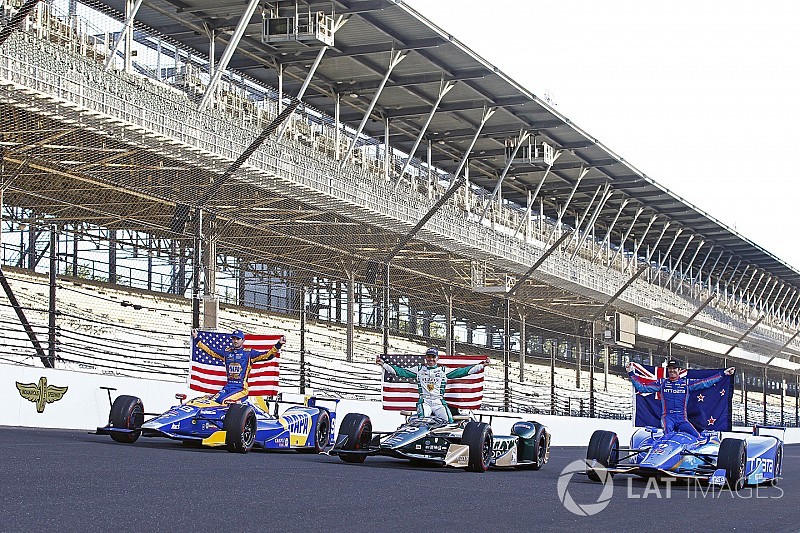 IndyCar has announced a vast reduction in qualifying points for the Indianapolis 500 and a much called-for change to the qualifying order for all ovals other than Indy.

The series’ president of competition and operations Jay Frye told Motorsport.com early last December   that he was looking to rationalize the system. And although the Indy 500 polesitter will still earn eight more points at Indy than for pole anywhere else, this is a heavy reduction in points allocation. In recent years, the pole winner at Indy earned 42 points, second fastest received 40 points and it decreased in two-point increments down to 10th fastest (24 points). Eleventh fastest took home 23 points and each succeeding qualifying position decreased in one-point increments down to a point for 33rd on the grid.

For 2018, it’s all change as only the Firestone Fast Nine will earn points – nine for the pole winner down to one for ninth place on the grid, the outside of the third row.

A similarly substantial change has been made to the qualifying order for ovals, which was previously decided by random draw. The best IndyCar drivers had long been calling for success to be rewarded as later runners in one-by-one qualifying – as held on all ovals – generally have far more favorable conditions for later runners.

The qualifying order for the Indianapolis 500 will still be determined by a blind draw.

The test times have been set for the series-wide open test at ISM (Phoenix) Raceway on Feb. 9-10 next month, with the track open to all cars from 1-5pm and 6-9pm local time. IndyCar has also added four hours of track time on Feb. 8 (1-5pm) for rookie drivers to complete their oval test assessments.

The open test at Portland International Raceway – returning to an Indy car schedule for the first time since 2007 – will be held on Thursday, Aug. 30, a day prior to the beginning of the Grand Prix of Portland race weekend.

There has been a schedule change for the ‘Month of May’, too. Following the Grand Prix of Indianapolis on the IMS roadcourse on Saturday, May 12, the track will be closed for Mother’s Day on Sunday. Garages will open on the Monday, May 14, but there will be no on-track activity until Tuesday, May 15. The first two hours of practice that day will be open for rookie orientation and veteran refresher practice. The track will then be open to all cars, through to and including May 18 – Fast Friday – ahead of qualifications weekend, May 19-20.

As Frye mentioned last December, IndyCar has increased the tire allotment with an extra set of Firestones for Phoenix, Belle Isle, Texas, Toronto and Iowa, and drivers outside the top 10 in the point standings will no longer have an extra set of tires available to them for the opening practice session of a race weekend.

Teams that did not participate in manufacturer testing of the new car post-season last year have been granted half a day of private testing, following discontent among those who had missed out. But the testing is limited to one car per team and must take place in conjunction with the team's first on-track test of 2018. Each team is permitted five hours of track time and two sets of Firestone tires.

Finally, the minimum car weight for 2018 has been increased by 10 pounds - to 1,620lbs for road and street courses and short ovals, 1590lbs pounds for superspeedways (not including fuel, drink bottle and its contents, driver and driver equivalency weight) - to accommodate for new parts and additional on-car cameras related to the universal aero kit all competitors will run in 2018.

Kimball: “A lot of people will be impressed by Carlin in IndyCar”