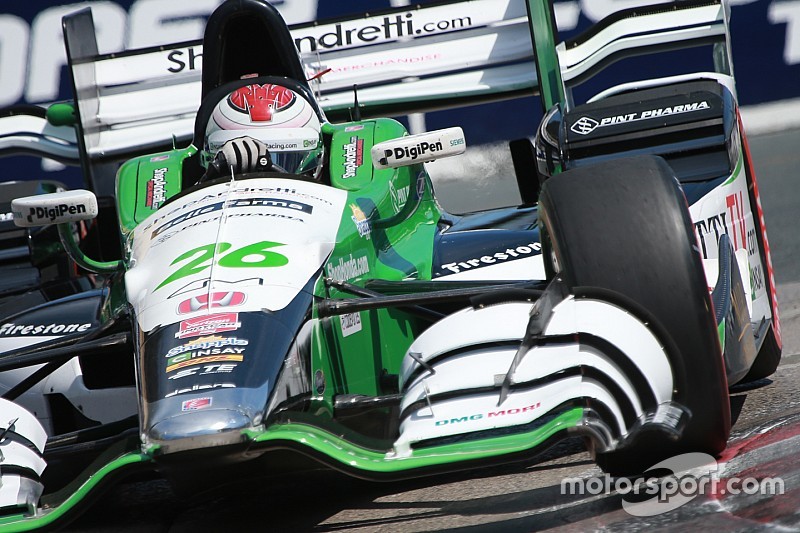 Along with the aforementioned CFHR penalty, the manufacturer points standings have changed a bit.

With Simon Pagenaud's No. 22 Team Penske Chevrolet engine successfully reaching its 2,500-mile life cycle, the marque has been awarded ten bonus points for having an engine attain its life cycle.

At the other end of the spectrum is Honda. They have lost 40 points because two of their engines did not reach their life cycle minimum before being swapped with a fresh one.

Both engines came from Andretti Autosport.

As a result, Chevrolet now leads Honda by 167 points in the battle for the 2015 manfacturer title.