IndyCar and racing in the rain 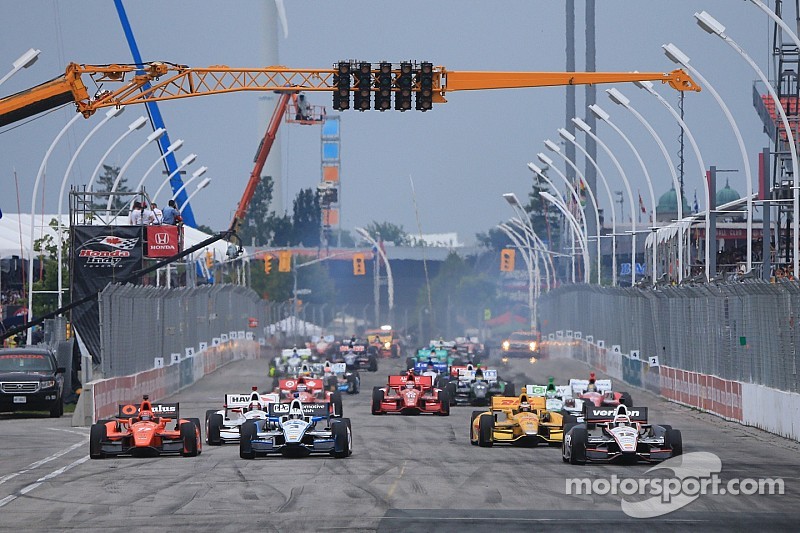 Forecasts are calling for a wet weekend at Mid Ohio, and after the races in Toronto, many fans are wondering what to expect.

There is rain forecast for the entire weekend in Lexington, Ohio, the location of this weekend’s IndyCar race.

As I typed the worlds “Lexington Ohio Forecast” into Google, I dreaded the results…

But why would I be dreading rain at a race track, especially at one of North America’s most entertaining racing series events?

Because IndyCar, like that big stock car racing series in North America, does not race in the rain. Well, they do…but they don’t…or something.

At least that is the message they sent to thousands of ticket holding fans when on track activity was cancelled for what was never more than an extremely light sprinkle.

I was standing in turn one, awaiting a start, or anything to occur that let these drivers take on the tough condition that lie ahead.

Rain is the great equalizer. It makes a Dale Coyne Car just as good as a Penske machine, and we saw that in Houston. But myself, and many of those around me were baffled at the lack of effort to even attempt a start.

There was big spray from new pavement holding a bit of water along Shoreline Blvd caused by the cars…but that process is throwing water into the air, thus removing it from the racing surface. I am no racing engineer, but from the countless laps at Indy or Daytona I have watched of track vehicles running around the track to remove some of the water before real drying continues.

Aside from a few pace laps, there were no attempts to get track vehicles turning laps, I saw only one pass from anything that resembled a jet dryer, and I am shocked I used the term jet dryer at an open wheel street race. How dry of a line did they want?

Even the promoter was caught off guard

I think the worst part of the day was having to tell fans myself that all on track activity is done for the day. This indicates that even the promoted was confused as to why the cars he invited to Toronto wont race in the wet.

In the end, unless there are pools of water along the course that would cause a car to aquaplane, and your series has rain tires and the ability to race you should. Fans love racing in the rain and Jack Hawksworth loves racing in the rain.

So, I dread the forecast this weekend because IndyCar set a precedent to the fans in Toronto. They told fans in Toronto that their series races in the rain, sometimes, when they feel like it. Or don’t on Saturdays…I am confused.

Funniest part about the whole situation is that the rain that came during what turned out to be a brilliant day of racing on the Sunday, was heavier for most of its duration than the previous days ever was.

Gordon Kirby: Josef Newgarden is knocking on the door