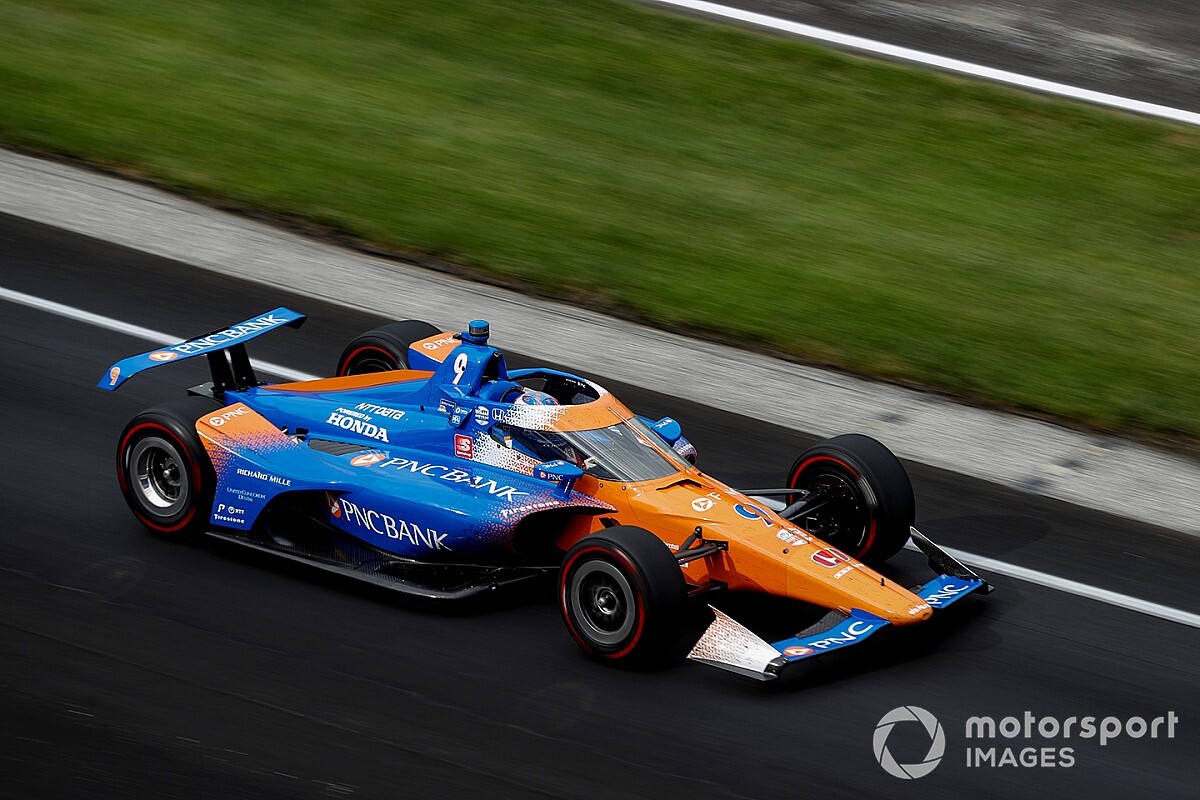 Scott Dixon sent the #9 Chip Ganassi Racing-Honda to the top of the speed charts just a few minutes after action resumed in the final hour following Fernando Alonso’s shunt.

The five-time champion clocked a 226.102mph lap, around 0.4mph ahead of Takuma Sato’s top time from the morning, while Marco Andretti slotted his Andretti Herta Autosport machine into third to make it a Honda 1-2-3.

Conor Daly again looked strong for Ed Carpenter Racing, landing P4 – the last of the cars under the 40sec barrier and the top Chevrolet runner – while fastest rookie was Alex Palou’s Dale Coyne Racing with Team Goh entry in fifth.

Colton Herta took sixth – and second fastest speed set without the aid of a tow, beaten only by semi-teammate Jack Harvey in the Meyer Shank Racing-Honda which broke into the 222mph zone.

Alonso’s shunt wasn’t enough to stop him ending the day as fastest Arrow McLaren SP driver although he was only a couple of spots ahead of rookie Oliver Askew.

The pair were separated by another Coyne car, the ‘extra’ entry – in partnership with Rick Ware Racing/Byrd/Belardi – driven by James Davison.

Felix Rosenqvist (Ganassi) and Dalton Kellett (Foyt) turned the most laps of the day at 141 each.

Tomorrow’s Fast Friday session begins at 11.00am local (Eastern) time, and will see the cars’ twin BorgWarner turbos increased from 1.3-bar [130kPa] to 1.5-bar, which will yield 80-90 extra horsepower. This is in preparation for qualifying weekend, in which the cars run with this increased level of power and trimmed out aerodynamically for the four-lap runs that set the grid.