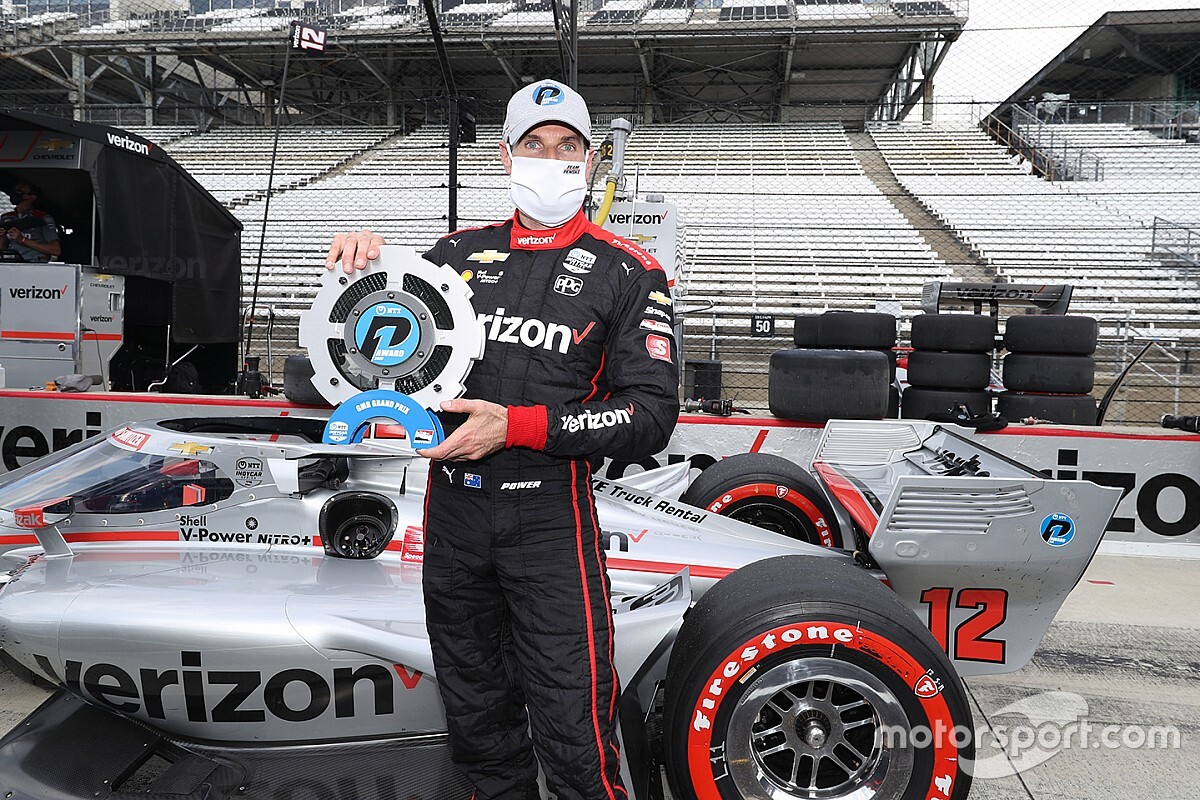 Team Penske-Chevrolet ace Will Power scored the 58th pole position of his career with a last-gasp effort to displace the very impressive Jack Harvey in the Meyer Shank Racing-Honda.

Power turned a 1min10.178sec, an average speed of 125.116mph, to nudge down Harvey’s Meyer Shank car by 0.1874sec which wasn’t quite fast enough on its second run in Firestone Fast Six to hold on to top spot.

It was at this same venue last May that Harvey and MSR scored their first and so far only podium finish.

This was Power's fourth pole for the Grand Prix of Indianapolis, an event he has won three times.

Indy Lights champion Oliver Askew was outstanding for Arrow McLaren SP-Chevrolet in his first road course qualifying session in the series. He topped Group 2, but took a little too much life out of his tires to truly shine in Firestone Fast 6.

Nonetheless, he will start ahead of defending champion Josef Newgarden who only scraped through the first two rounds of qualifying, and then blew his one attempt at a flyer in the final segment of qualifying, pulling into the pits after abandoning the lap.

In Q2, Scott Dixon missed out on advancing to the Firestone Fast Six by just 0.057sec and will start from seventh, two places ahead of his Chip Ganassi Racing-Honda teammate Felix Rosenqvist, who took pole here last year.

The pair will be separated by Conor Daly who made an excellent impression in Ed Carpenter Racing’s U.S. Air Force car. The same was true of Max Chilton in the sole Carlin entry, who outpaced Andretti Autosport’s Alexander Rossi and Ryan Hunter-Reay for 10th.

In Q1 Group 1, Patricio O’Ward was just 0.2sec slower than teammate Askew who topped the group, but that was enough to leave him in seventh, preventing him from reaching Round 2.

A bigger shock was in store in Q1 Group 2, when three-time GP of Indy winner Simon Pagenaud missed the cut, finishing 10th out of 13th. That means the Team Penske driver will roll off from 20th tomorrow.

Given their pace this morning, there was also some disappointment that Spencer Pigot of RLL with Citrone/Buhl Autosport and Ed Carpenter Racing’s Rinus VeeKay failed to advance from Q1, especially in light of respective teammates Rahal and Askew reaching the Fast 6.

For a preview, facts, and schedule for the event click here.