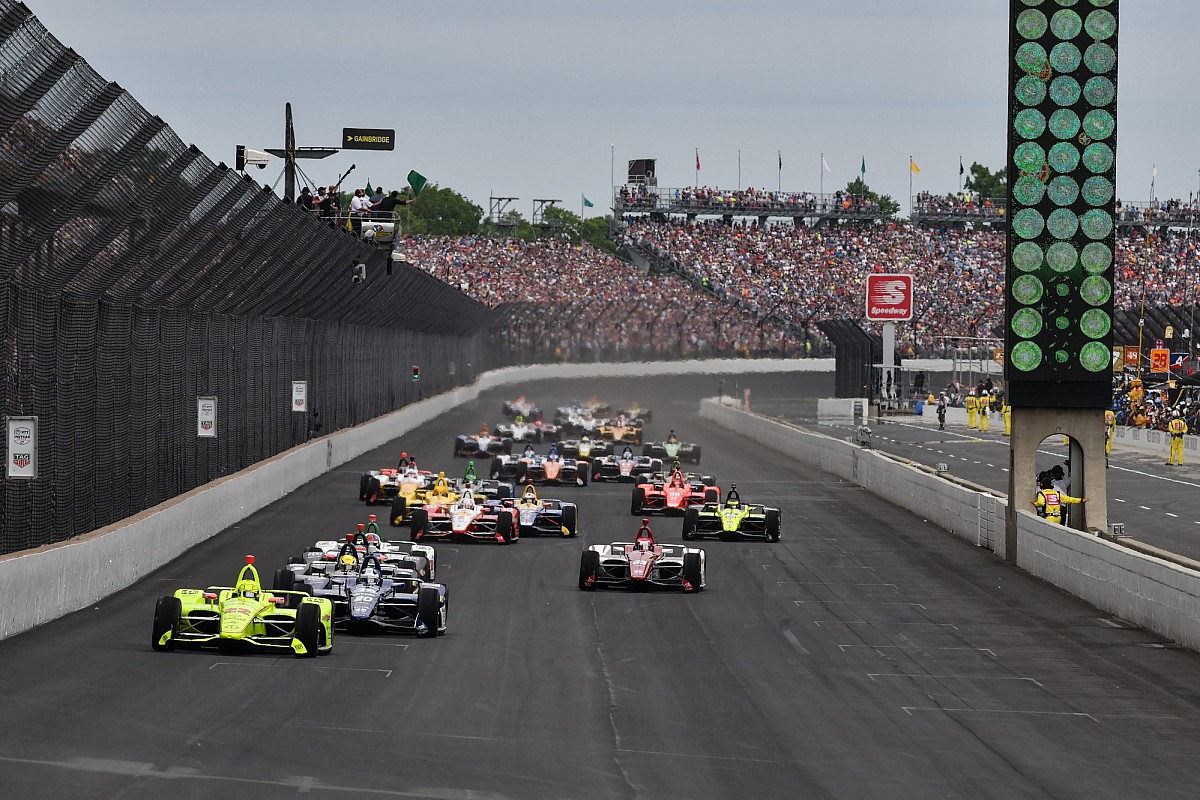 The coronavirus pandemic’s effect on the 2020 NTT IndyCar Series schedule has seen officials move the GMR Grand Prix of Indianapolis to July 4 and the 104th running of the Indy 500 to August 23, while three other races have been shifted.

The GP’s transition to Saturday, July 4 on the IMS road course will see it form part of a historic double-header featuring IndyCar and NASCAR, whose inaugural Xfinity race on the GP roadcourse will follow on the same day. Both events will be televised by NBC on Independence Day.

The Indianapolis 500 was originally scheduled for Sunday, May 24, in its traditional spot on the calendar during Memorial Day weekend with the GMR Grand Prix scheduled for Saturday, May 9.

“The Month of May at the Indianapolis Motor Speedway is my favorite time of year, and like our fans, I am disappointed that we have had to reschedule the Indianapolis 500,” said Roger Penske, whose Penske Entertainment group now owns both the IMS and the IndyCar Series.

“However, the health and safety of our event participants and spectators is our top priority, and we believe that postponing the event is the responsible decision with the conditions and restrictions we are facing.

“We will continue to focus on ways we can enhance the customer experience in the months ahead, and I’m confident we will welcome fans with a transformed facility and a global spectacle when we run the world’s greatest race.”

As a result of the schedule changes at IMS, the IndyCar races originally set for Aug. 16 and Aug. 22 have been rescheduled. The Honda Indy 200 at Mid-Ohio will now run on Aug. 9, and the Bommarito Automotive Group 500 at World Wide Technology Raceway at Gateway is now set for Aug. 30.

The Grand Prix of Portland, too, has been shifted one week back, while the canceled season-opener at St. Petersburg has been scheduled as a possible season closer.

The shift became possible as a result of the NBC-requested four-week gap in the IndyCar schedule to cover the Olympics in Tokyo – last two weeks of July, first two weeks of August – becoming a moot point following the IOC's decision to postpone the event.

Penske Entertainment Corp. president and CEO Mark Miles added: “Memorial Day weekend has always provided Indianapolis 500 fans an opportunity to honor the men and women who have fought and sacrificed for our nation’s freedom. This August, we’ll also have a unique and powerful opportunity to honor the contributions and heroism of the doctors, nurses, first responders and National Guard members serving on the front lines of the fight against COVID-19.

“We’re grateful for the patience of our fans as we’ve navigated this situation, and we extend our thanks to NBC for its terrific partnership and diligent work to maximize broadcast coverage with this new schedule.”

On-track action in August will begin at IMS with practice sessions on Wednesday and Thursday, Aug. 12-13, followed by Fast Friday on Aug. 14 and Indianapolis 500 Qualifications on Saturday and Sunday Aug. 15-16.

NASCAR's current plan is to restart its season with the May 9 race at Martinsville (Va.) Speedway and if so, the now scheduled IndyCar/NASCAR doubleheader at Indianapolis Motor Speedway on July 4 weekend will remain in place.

However, the continually changing landscape of the novel coronavirus outbreak in the United States may require NASCAR to postpone additional races. If so, that will also require NASCAR to reshuffle its own schedule, which could in turn alter its IMS race weekend plans.

Sources told Motorsport.com that NASCAR will be reaching out to its stakeholders, TV partners and participants over the next week about proposed schedules for the remainder of the year. All of them should be considered tentative until a final schedule is publicly distributed.

IMS and IndyCar announced enhanced measures once activity resumes at IMS. These include:

• Increasing housekeeping staff at the track to elevate frequency of cleaning and disinfecting high-touch surfaces
· Using cleaning products that meet current EPA and CDC guidelines for registered disinfectants to be used against COVID-19
· Educating all employees on CDC prevention guidance, including proper handwashing technique and requesting that all vendors communicate strict hygiene protocol to staff
· Increasing public hand-sanitizing stations in high-traffic areas, containing sanitizer that meets or exceeds the CDC standard for alcohol content
· Reducing required hand-to-hand interactions between customers and staff at concession areas and other key IMS locations.