Indy 500 focus will be on racing, not outright speed 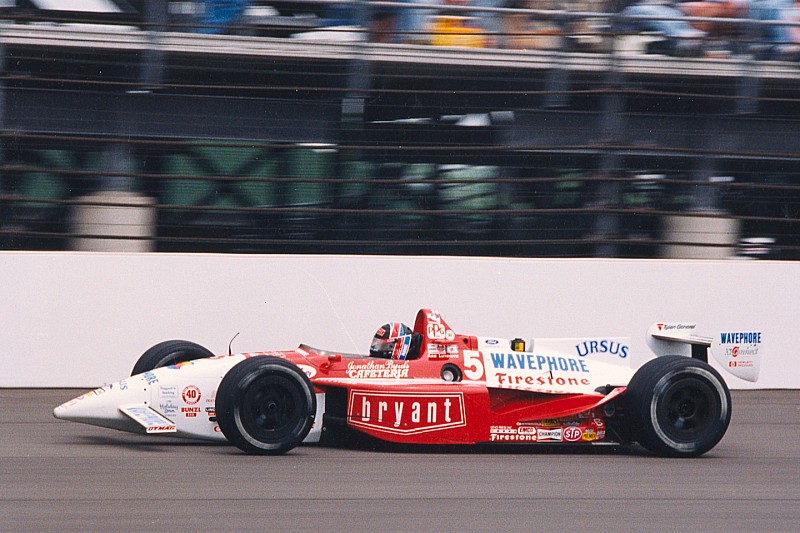 IndyCar president of competition and operations, Jay Frye, says that Arie Luyendyk’s 1996 qualifying lap record at Indianapolis Motor Speedway is unlikely to be threatened by cars using the 2018 universal aerokit.

Luyendyk set record one-lap [237.498mph] and four-lap average [236.986mph] speeds during qualifying for the 80th Indy 500, driving Jonathan Byrd/Treadway Racing’s Reynard-Ford. However, the Dutchman’s time were set on the second day of qualifying and so he lined up 20th.

With the Indy Racing League switching from ex-CART cars to new normally-aspirated cars for 1997, pole speed dropped by almost 20mph. Since then, the Indy 500 pole speed has breached the 230mph barrier just four times, the fastest being Helio Castroneves’ 231.725 average, set in 2003 for Penske-Toyota.

Frye revealed the preliminary concepts for IndyCar’s 2018 universal aerokit at the NAIAS show in Detroit yesterday, but suggested that outright pace at the Indianapolis Motor Speedway was not his technical team’s No. 1 priority.

He said: “Speed is in our DNA, so for this 2018 car, universal car, we certainly don't want to go backwards – we've got to keep going forward. So the goal is to maintain where we're at but go forward in steps.

“I mean, it's a ways off for something like that [record] to happen again. As you go over the years, you've got to do it safely. Is it going to happen in the next few years? Probably not. Possible, but probably not.

“Speed is very important, yes, but at the end of the day, the racing product is what's most important. That one day – the 500 –the race is the most important thing. We want to have a great race.”

Rico Abreu: "My goals are to run the Daytona 500 and the Indianapolis 500"