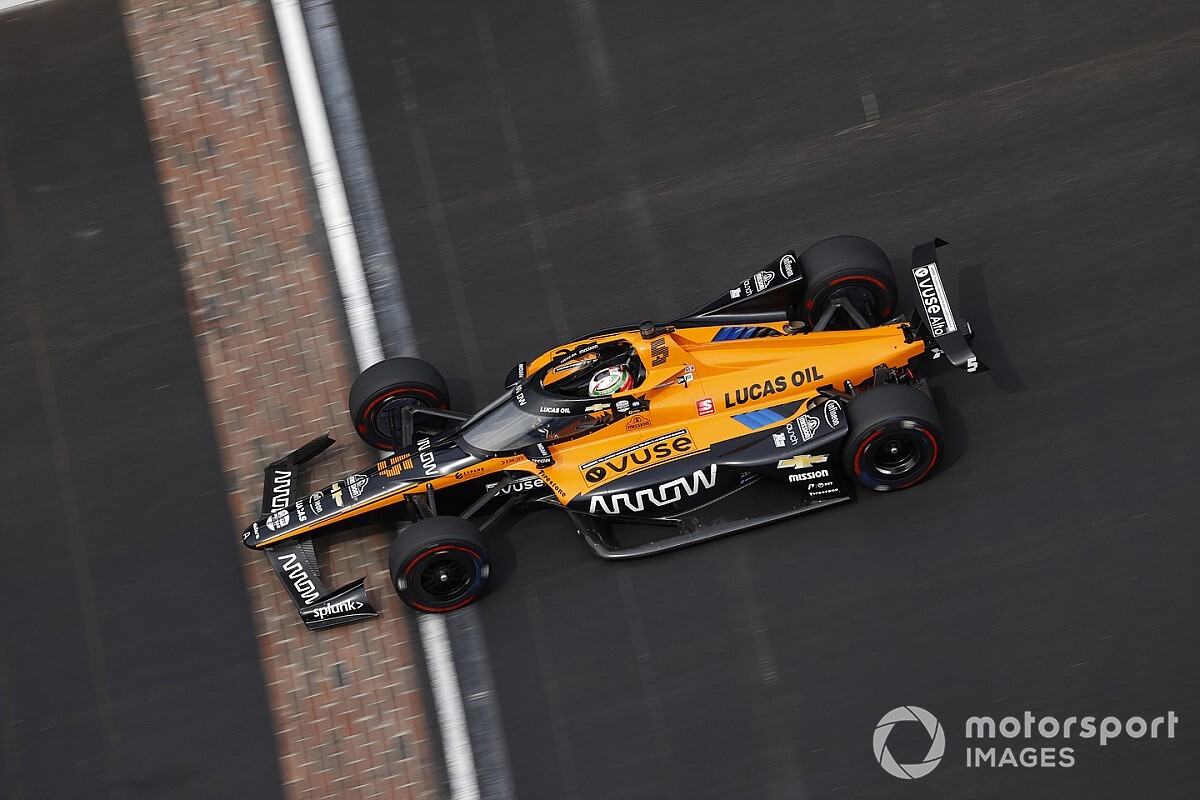 Pato O’Ward put Arrow McLaren SP-Chevrolet at the top of the speed charts in the last on-track session before the 104th running of the Indianapolis 500.

That put him 0.7mph ahead of the best effort from Scott Dixon, the 2008 Indy winner for Chip Ganassi Racing-Honda, while two more former winners Alexander Rossi and Takuma Sato were third and fourth fastest. All looked confident in traffic and well able to tow up and pass – “wicked fast,” as Dixon described it.

Oliver Askew, another rookie, was fifth in the second Arrow McLaren SP entry ahead of Zach Veach who said yesterday that his car was feeling comfortable in traffic and proved it today.

As in qualifying, Josef Newgarden was the fastest of the Team Penske-Chevrolet runners, while his Indy winning teammates were buried in 14th, 17th and 24th. The last of these, Will Power told NBC the car was “off” at the start of the session but made good gains toward the end, before he reverted to pitstop practice.

Power was just behind Fernando Alonso in terms of speed, but ahead of pole-winner Marco Andretti, who could only manage P28 and whose car looked very nervous in the wake of his rivals.

Alonso positive he can hit the front at Indy again