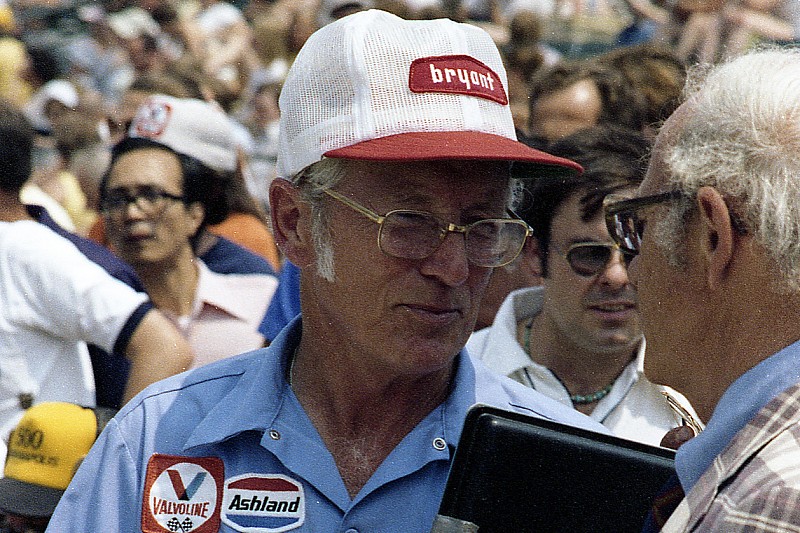 Vollstedt was a member of the board of directors for the United States Auto Club, serving as car entrant representative from the late 1960s until the 1980s.

Initially fielding a National Championship car (now IndyCar) for Len Sutton in late-season dirt track events in 1955 and 1956, it was not until the summer of 1963 that Vollstedt first brought a car to Indianapolis Motor Speedway. This was one of the very first American-built rear-engine cars to house a normally aspirated Offenhauser engine, and in ’64 Sutton

Sutton qualified the car eighth for the 1964 "500" and was running fourth when a magneto failed after 140 laps.

Taking chances on rising Canadian star Billy Foster and NASCAR star Cale Yarborough – as well as Dick Simon, Tom Bigelow, Arnie Knepper, Larry Dickson and Denny Zimmerman – was as nothing compared with what happened in 1976 when Vollstedt controversially provided a car for Guthrie.

Plagued by mechanical issues, the team withdrew her car before she’d had an opportunity to qualifying, but the following year, Guthrie returned and qualified 18th. She managed 27 laps of the race before a timing gear broke.

Vollstedt cars never won an Indy car race, but his team’s day in the sun came in 1967 at Riverside, when Jimmy Clark drove for the squad in one of the series then-rare forays away from ovals. The ’65 Indy 500 winner and two-time World Champion qualified on the front row between the Eagles of Dan Gurney and Bobby Unser.

Clark even managed to snatch the lead from his friend Gurney on the 24th lap before a valve bent.

A statement from IMS described Vollstedt as “one of the great characters of the Speedway and a mentor to countless mechanics and engineers over the years, including Grant King, Hal Sperb and numerous others.

“He also came across as a pure enthusiast who, even when he wasn't an official entrant, always seemed to be aligned with a team in some sort of advisory capacity, official or unofficial.”