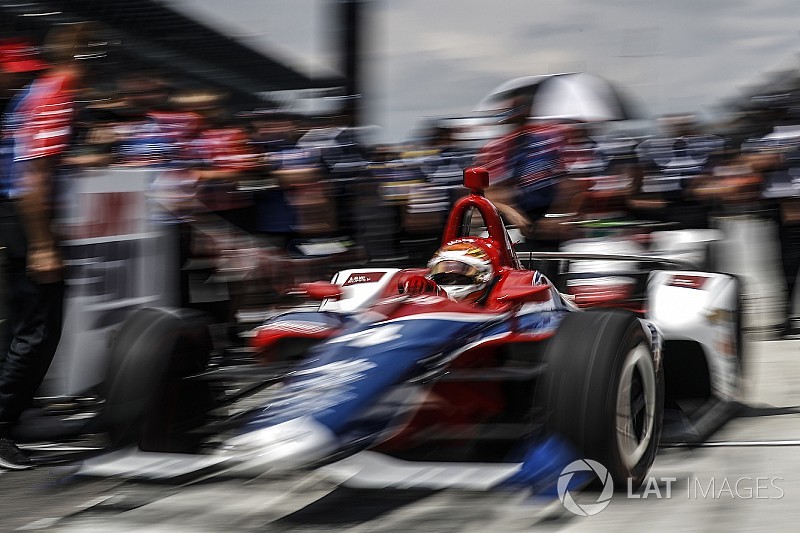 Ryan Hunter-Reay, Marco Andretti and Alexander Rossi led an Andrett Autosport 1-2-3 in practice for the 24 cars that will qualify for positions 33-10, but it was rookie Matheus Leist who led the no-tow rankings.

Hunter-Reay and Andretti pushed past the 230mph zone but needed a draft to achieve it, whereas the AJ Foyt Racing-Chevrolets of Leist and Tony Kanaan were first and second with 228.484 and 228.369 respectively.

Robert Wickens in the #6 Schmidt Peterson Motorsports-Honda was third on the no-tows, despite being only ninth overall, while Andretti was fourth. Jay Howard, who was an impressive 18th in yesterday’s initial qualifying sessions, was fifth fastest without the aid of a tow this afternoon.