In the rear view: Toronto 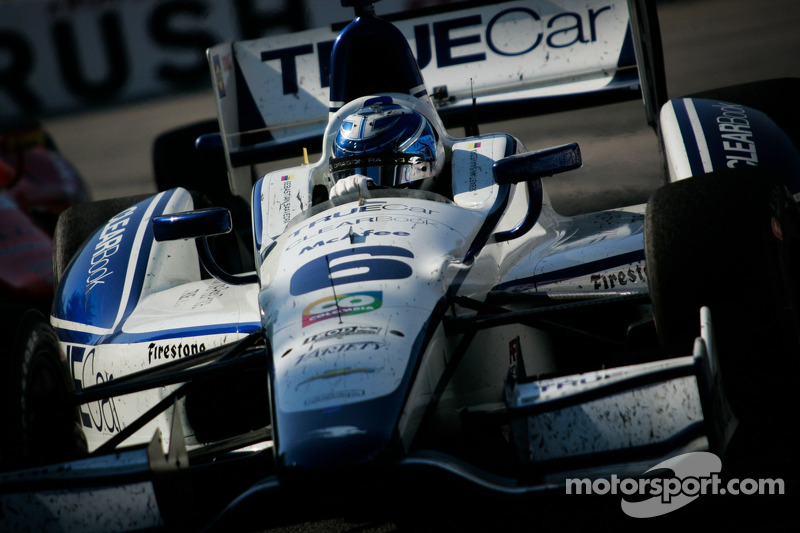 A look back at my experience shooting this years 2 in TO races at Exhibition Place in Toronto.

My 2013 started with the 24 Hours of Daytona, shooting my first all-the-way-around-the-clock event. That was an experience in itself.

I love visiting my Canadian rounds of whatever racing events are up here. We have the most exciting Formula One track that series visits. Canadian Tire Motorsport Park gets the ALMS cars this weekend. I already miss the Edmonton race. A handful of local events, or even some National Rally Racing, and my country has great racing within its borders.

I just returned from another scorching Toronto Indy. As if the 40 degree celsius weather plus humidity wasn't enough for us, the geniuses at IndyCar decided two races would make for an exciting addition to an already exciting series.

Here are some of my highlights from this past weekends pair of races in Toronto. 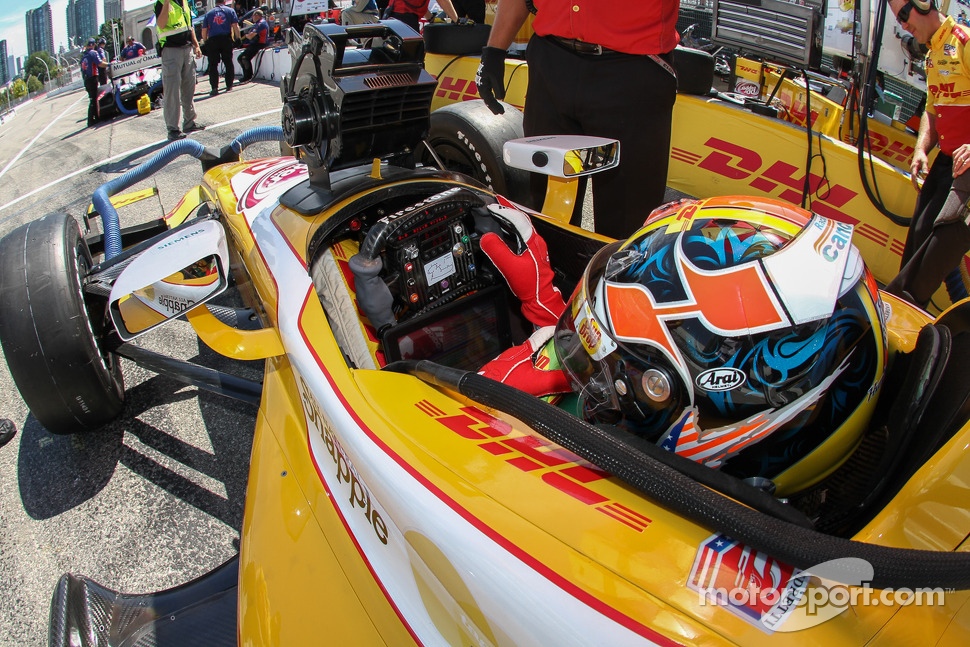 Ryan Hunter-Reay won the IndyCar race last year, and was fast in his Andretti Autosport machine. Sometimes the typical shots from pit lane, things like the "in your eyes" shots of drivers sitting on pit lane, or guys getting in and out of their cars get done really fast, and you need to find something else to do in the one hour-and-a-half session. I put my fisheye lens to use, and made a shot, what Ryan sees. 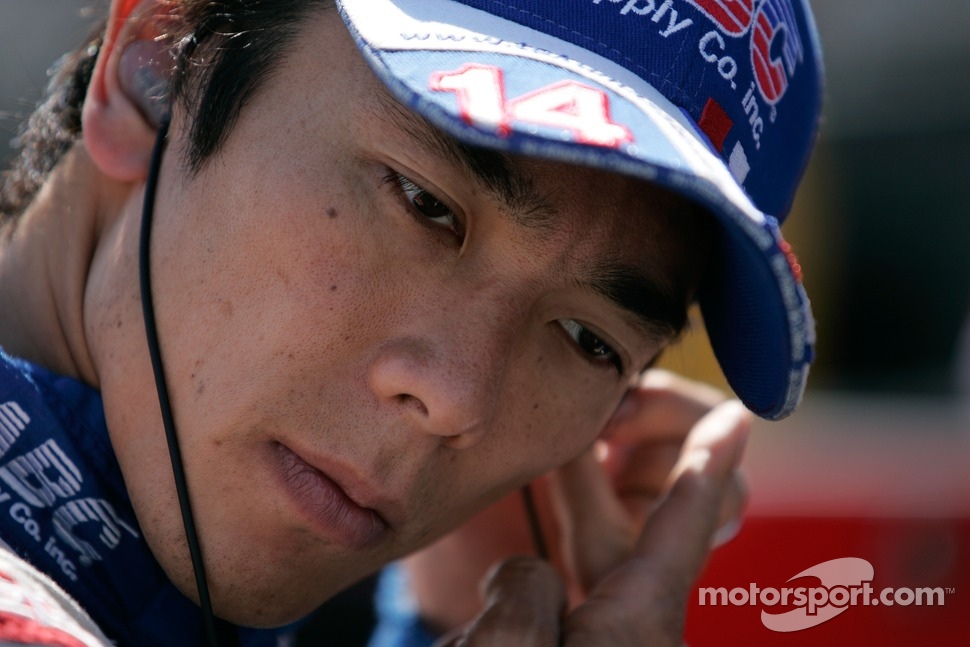 Takuma Sato gets ready to jump in his car. Tight photos of drivers faces seem to be popular, and Sato has always had a focussed look on his face. 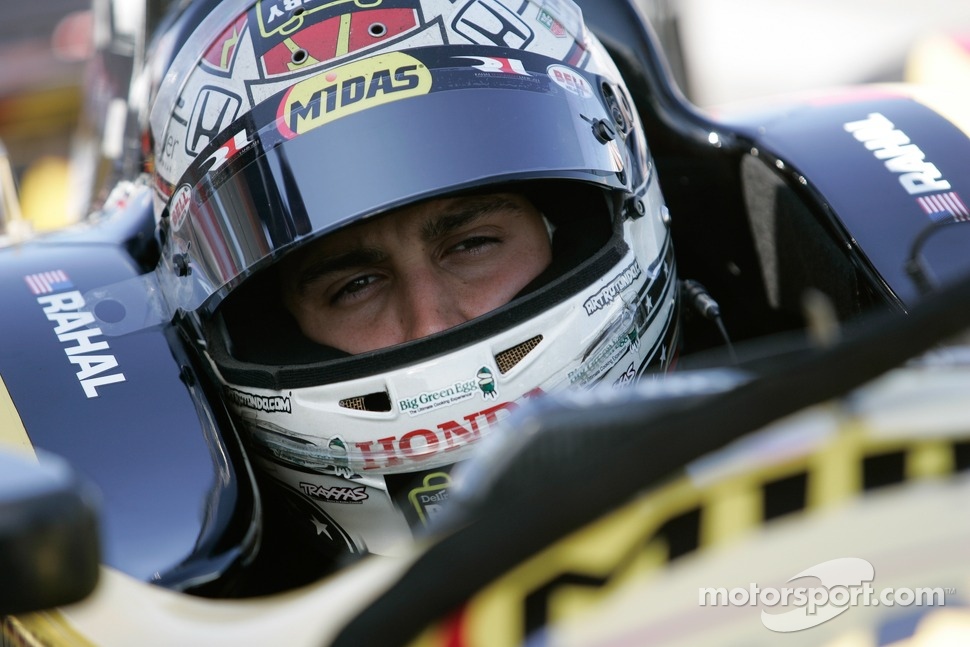 Ok, so shooting drivers in their helmets waiting to get on track may be the most shot thing in racing, it has to be done. Again, a great focussed look is always impactful. 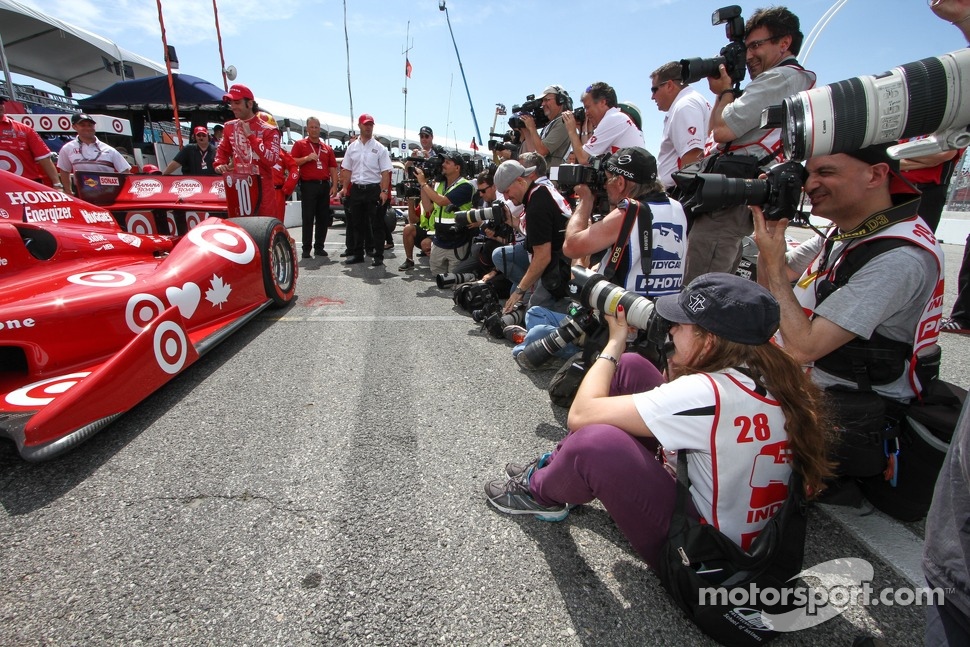 Sometimes turning the camera on the media makes for a great photo. With the always busy scrums at IndyCar events, its a great view that a lot of times nobody gets to see. Here, Dario Franchitti "celebrates" his pole for race one, which was scheduled to be the first standing start in IndyCar history. More on that later. 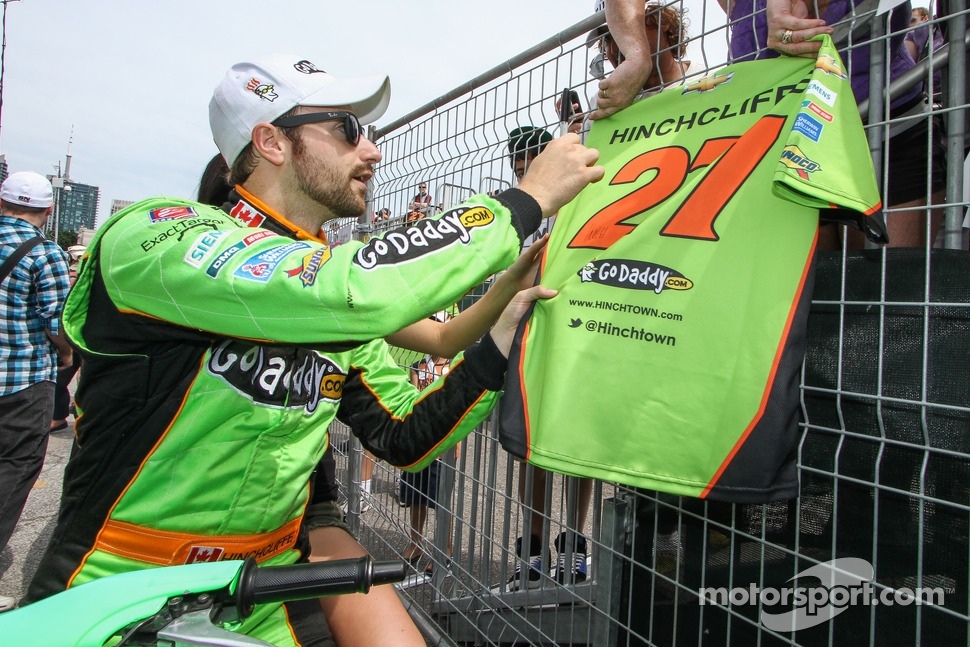 Being his home race, James Hinchcliffe was a popular guy. Unfortunately he has no luck at home and had a dismal finish in race 1, and had problems on pit lane before rolling the car in race 2. Didn't stop the guy from signing autographs and holding his massive after party. 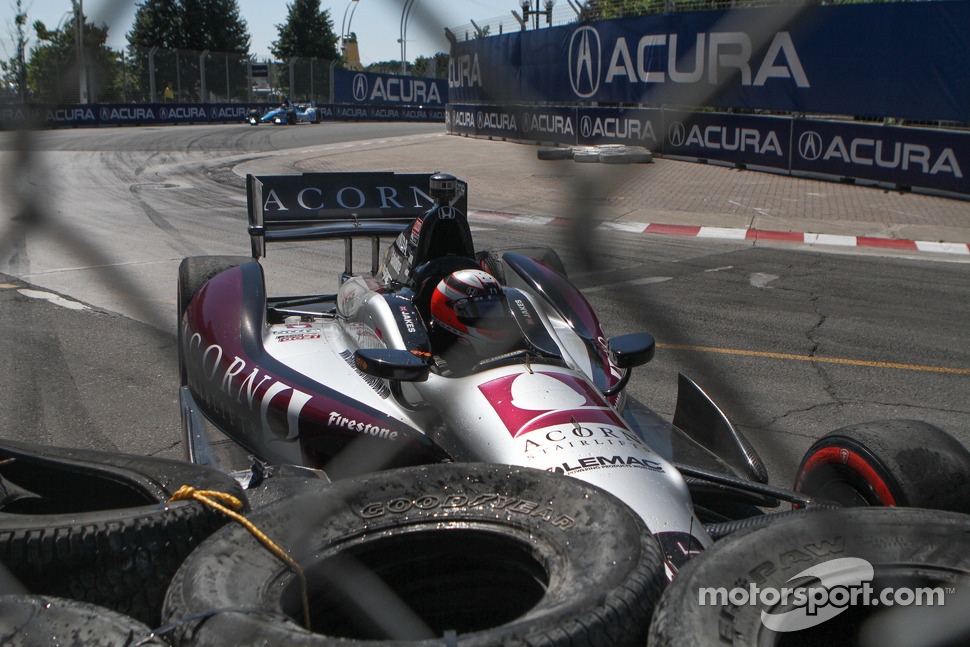 Qualifying for the second race was held before the first race. James Jakes found the barrier just down from where I had been shooting earlier. Jakes checks his mirrors making sure he doesn't get hit while stationary in turn 5. 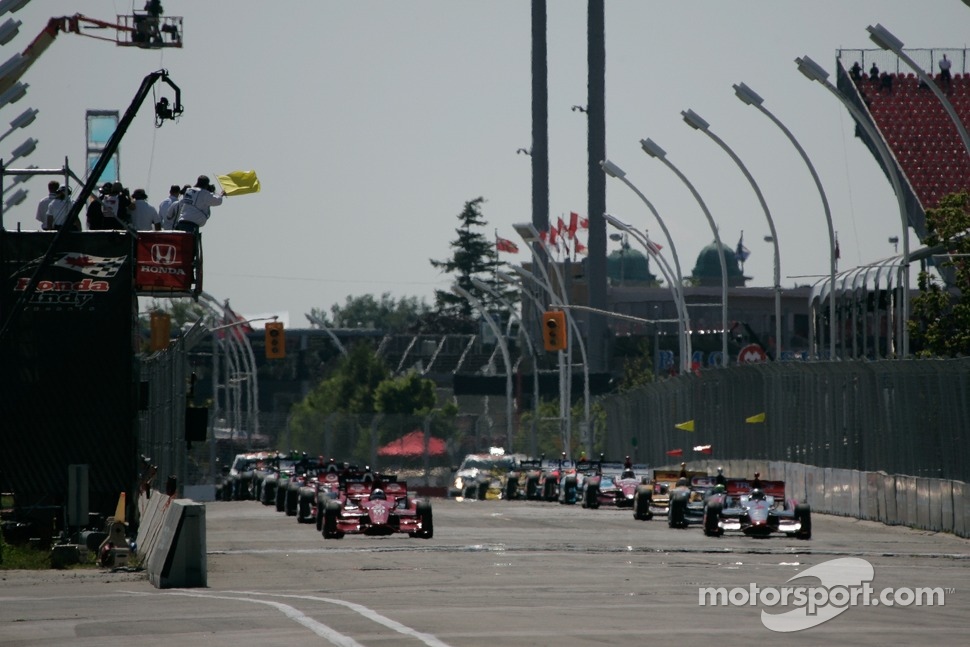 This would be the first photos of that standing start we talked about earlier. One stalled car and they called it off. Was a funny situation at the track, as it was the only race scheduled to use the standing start procedure. Later in the day, they announced they would try it again the following day. 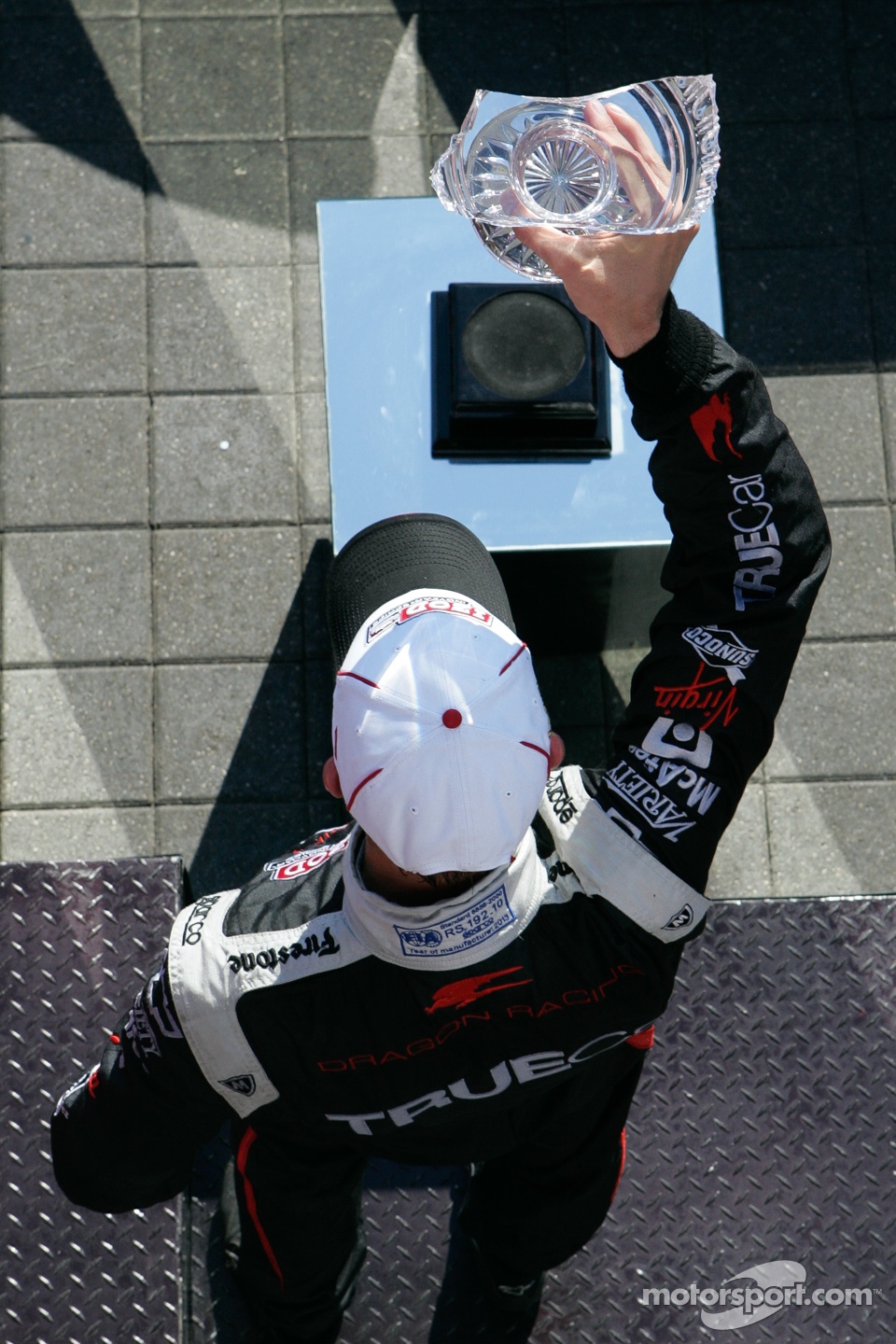 I had the unique opportunity to shoot from the roof of the IndyCar trailer in victory lane. Bourdais got himself on the podium, second overall. He dropped his trophy, shattering it on the ground. I got my piece, and this photo. Funny moments in victory lane. 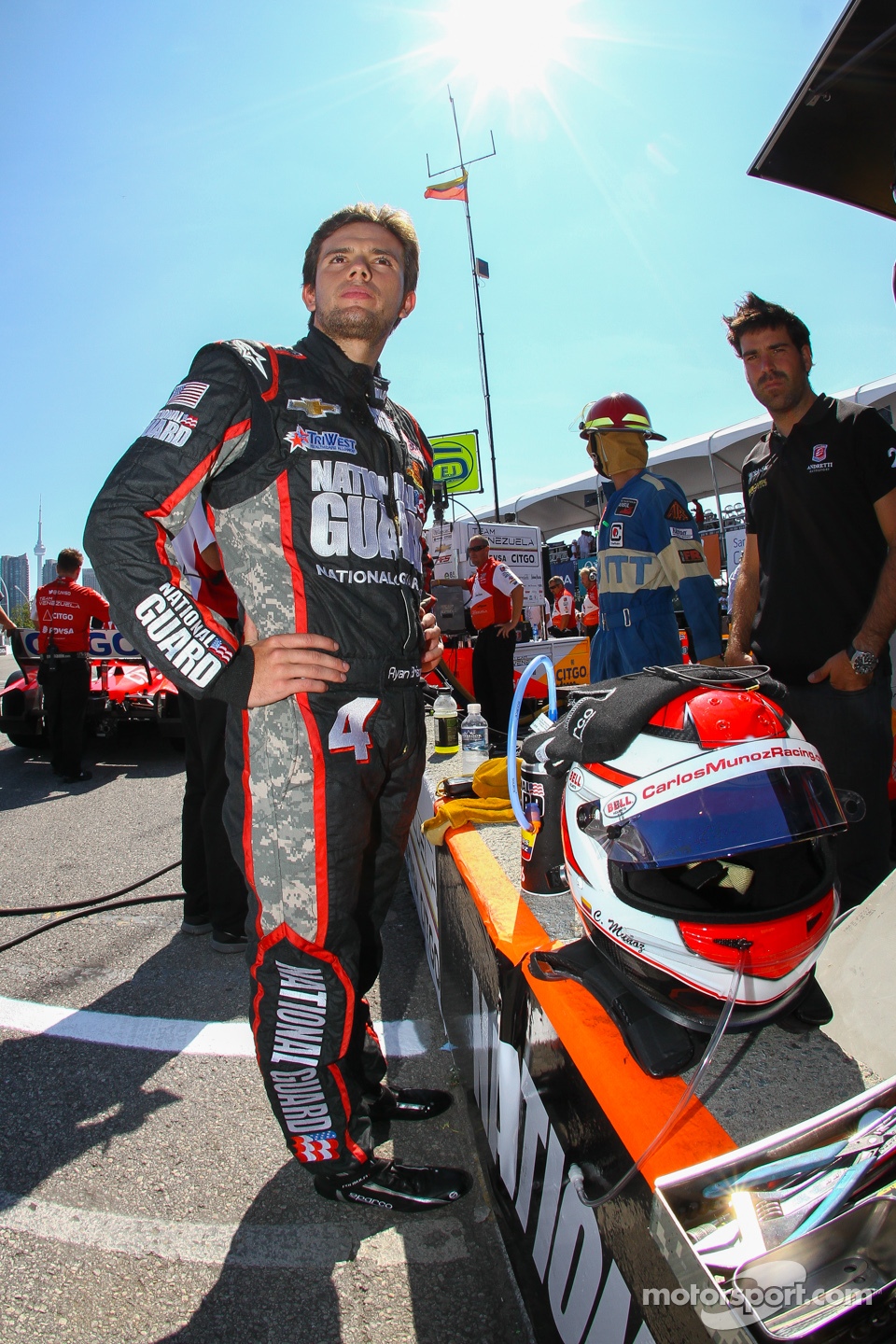 Sunday morning saw a replacement driver, Carlos Munoz from the Indy Lights take over for the injured Ryan Briscoe. You will notice Munoz has Briscoe's suit on. Getting images like this are special. Getting them online before all the other media outlets was satisfying too. 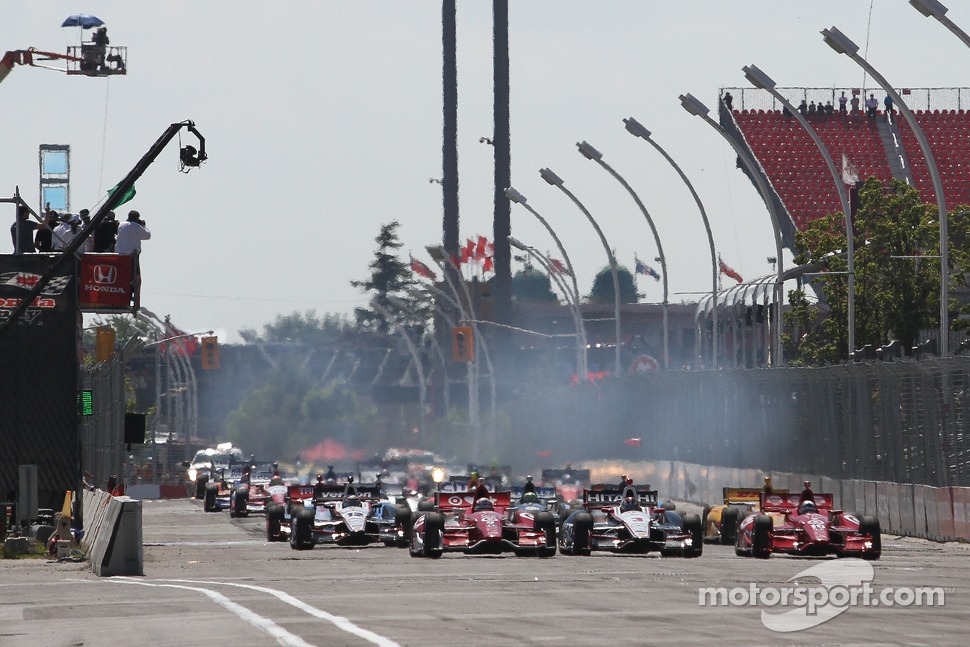 IndyCar made it work this time, the entire field, except Ed Carpenter kept their cars running and the first standing start happened. Made for some pretty neat shots. I think they could do this for all street courses, but that is just me. 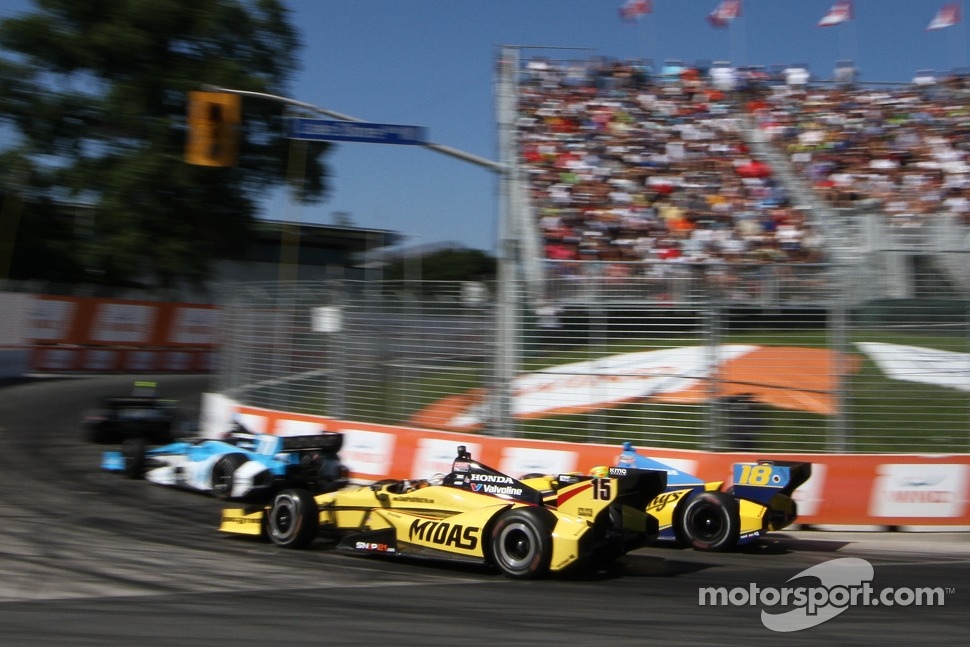 Turn 3, or calamity corner. It really wasn't calamity corner this year, but was the best place on the track to pass. I had to shoot some of the battles, like this one of Mike Conway making his was past Graham Rahal. 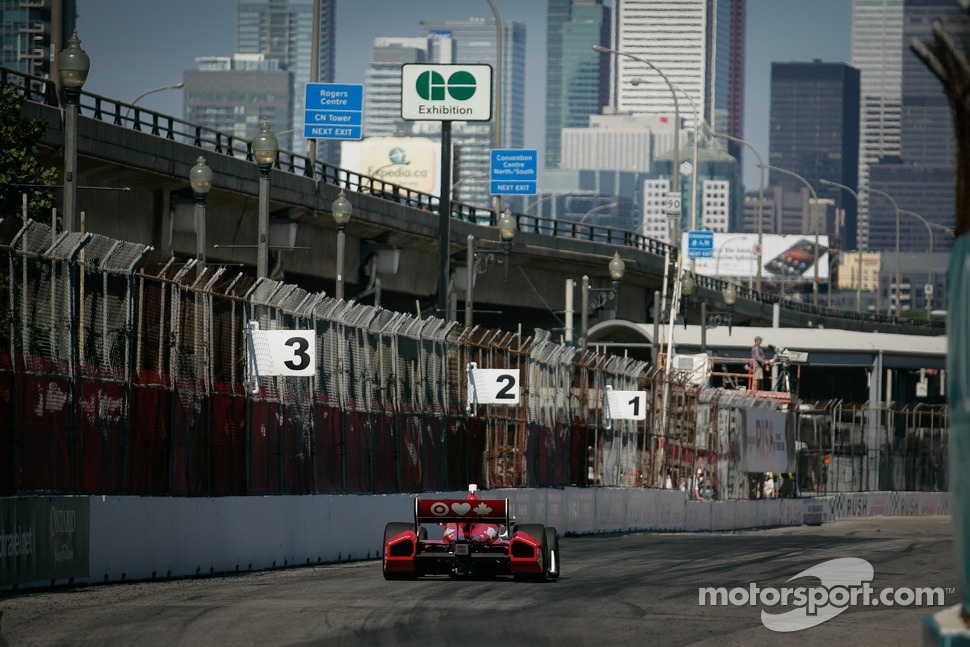 Dixon scored his second win in as many days at the track. Terribly timed confetti made victory lane shots brutal, so I think this photos tells the story. Dixon heads into the eighth turn, underneath the Gardiner Expressway and Downtown Toronto. I love how busy the background is in this photo. One of my favourite frames from the weekend. 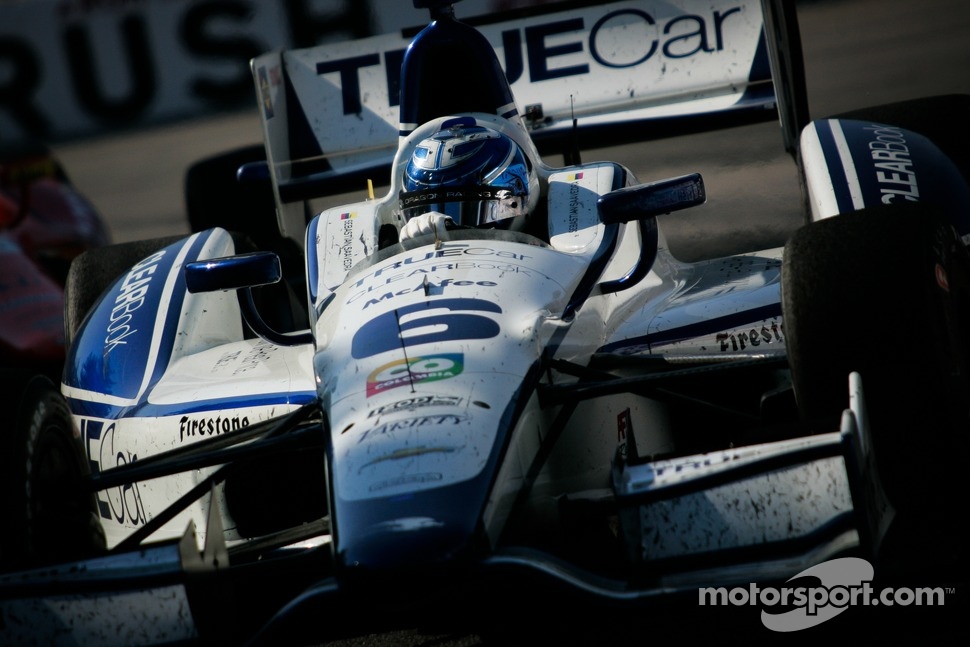 Lastly, chasing light. Late in the races, the exit to turn eight had pockets of light created by the shadows of the trees. With a white car, like that of Sebastian Saavedra, it really shows the wear and tear on the car. Rubber marks everywhere. Exposing for the bright made for this frame, a shot I think is absolutely gorgeous.

Thanks for reading my look back at shooting the Toronto Indy. I hope you have enjoyed it as much I did putting it together. Stay tuned for the next one...