Impressive run and comeback for Servia and Panther DRR at Milwuakee 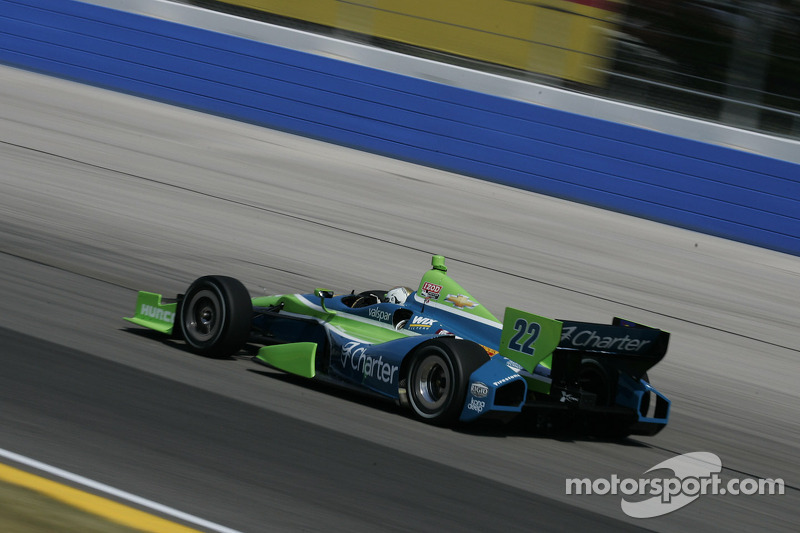 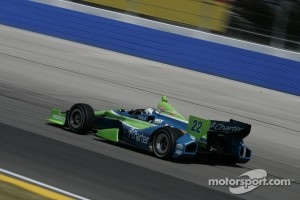 Since making the switch to Chevy power, Panther DRR and Oriol Servia have earned three top-five results in four races, tying with a season best of fourth place (was 4th in the Indy 500).

Oriol started 20th and continuously moved up during the race. He pitted for the first time on lap 61 for fuel and tires and again on Lap 75 to top off on fuel. Servia came in on Lap 97 and Lap 169 for fuel and tires. After that stop, he went from P8 to P4 and was good until the end of the race.

On the Lap 192 restart, Servia passed Helio Castroneves for 3rd position. He tried to hang onto 3rd, but James Hinchcliffe passed him on Lap 217 and Servia would bring the Charter car home in 4th place.

Servia qualified 22nd for the Milwaukee IndyFest, but started 20th due to other cars ahead of him that were penalized. He was 4th in line yesterday for qualifying and secured a spot on the grid with a two-lap average qualifying speed of 160.375 mph.

This weekend marked Servia's 11th start at the historic Milwaukee Mile track (his first two starts at the one-mile oval were in 1998 and 1999 in Indy Lights).

Last weekend in Texas, Servia started the race 11th, but his day ended early due to a fuel pressure problem. He finished the day in 20th position.

This year's Indianapolis 500 marked a career-best result in the race for Oriol Servia and Panther DRR. It was the Spaniard's fourth start and he finished the day with his best result for the race, which was 4th place. It was the same story for the team. The race was Panther DRR's 13th start and their best result for the Indianapolis 500 race as well. The Chevrolet Detroit Belle Isle Grand Prix marked the second top-five finish in a row for Panther DRR and Oriol Servia.

Servia piloted the No. 22 Charter primary livery for the second time this season. Charter is a leading broadband communications company, and the nation's fourth-largest cable operator providing broadband entertainment and communications services that includes advanced Charter TVTM, Charter InternetTM access, and Charter PhoneTM to homes and businesses across 25 states.

Last year Oriol Finished fourth in IZOD IndyCar Series standings....Recorded 11 top-10 finishes, with a best of second at New Hampshire and Baltimore....Among three drivers to be running at the finish in all 17 races..... Led all drivers in laps completed (2,103 of 2,011)....Oriol was the only driver to finish in the top 10 in first five races of the season.

This weekend marked Panther DRR's 8th time to compete at the one-mile oval as they earned their best result ever at the historic cirucuit. The team has started at least one car in every race at the track since 2004. Last year Justin Wilson started 13th and finished 10th and Ana Beatriz started 11th and finished 17th. In 2008,Buddy Rice and Townsend Bell finished team best of 10th and 11th. DRR has led a total of 37 laps at The Milwaukee Mile.

Oriol Servia, No. 22 Panther DRR, on the Milwaukee IndyFest Race: "I said it before the race to somebody that said you cannot pass here and I said you will see if the car is good you can pass here. We had a very good Charter car. Again, I want to say thank you to the guys. I had all of my trust in the guys and they always give me a good car. They worked so hard overnight because we changed everything in the car with the wheelbase, roll centers, springs and cambers. As I joked, luckily they didn't change the driver and the engine, which were the only things left. Everything else was better and we had a good car. It was when I got to the top-three cars because they definitely had better pace than me. I tried really hard to hold Hinch back and he was faster and I couldn't stop him. This was another great race and four races with Chevy and we've had three top-five results. I'm very happy for me, the team, Chevy and everybody."